My involvement in The Gambia began in December 2003. Having spent an 18-month sabbatical in Australia in 2001-02, I worked with a teacher, Naomi Atkins, at Knox Grammar School in Sydney and we decided jointly to pursue a charity-based trip on our return to the UK. 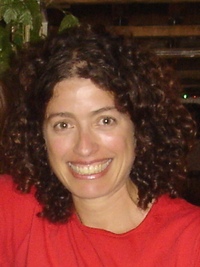 We met with Pauline Newton and Sally Tudsbury-Turner at Malvern St James (former colleagues of Naomi’s) who had been working in The Gambia for 15 years, and who were Trustees of a charity to develop small-scale education projects there. They’ve both since retired and handed over the charity to WGS in 2014.

We organised a pilot visit in December 2003 and met Lamin Jammeh who has been our project manager ever since. A former taxi driver, Lamin is now head of the charity in Gambia and has proved himself as a worthy person for the role.

An annual one-week trip to The Gambia has been offered to Upper Sixth girls since 2004.

The aim in Gambia is to advance educational opportunities in remote rural locations. To this end, over the years, we have funded and enabled the establishment of nursery and infant schools; established a women’s literacy centre; provided funding for a borehole; facilitated the building of a new classroom and provided ongoing support and maintenance for these schools and enterprises as well as helping towards teachers’ salaries. We have visited for one week each year, providing direct help for the current project (whether it be building, painting or digging!) as well as spending time teaching and interacting with the children and reviewing and planning with Lamin and other adults who teach and facilitate.

The aims for the Withington participants are:

Any development work carried out is advised by Lamin to ensure we stay sensitive to the needs of the local community and are guided by what they need. Lamin visits local village elders and assesses need and advises us accordingly.

We have learnt as we have gone along and soon realised the need for sustainability, improving what has already been established year-on-year. Mama Tamba School in Illiassa is our main project; it is a model school and our main focus. A measure of its success can be judged by the development of the classroom buildings, toilets, day care centre, well, kitchen, dining room and store.