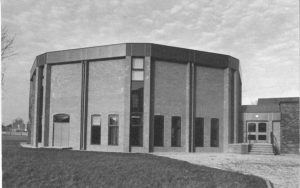 In 1980, plans were afoot to fundraise and deliver a fantastic new facility that we still use every day. This was called the New Assembly Hall, and is now referred to as The Arts Centre.

The grand plan was launched in the School Newsletter, and the ideas that were laid out within the 1980 issue still ring true to this day. The introductory sentence reads,

‘“Planning permission has already been granted” has an exhilarating sound. How often in the school’s history, through foresight and planning, have exciting building projects been completed.’

Miss Hulme went on to outline the intended use of the new building,

‘The Hall is to be an octagonal structure seating about 450 in tiered tip-up seats around 5 sides of the octagon. Its daily use will be for Assembly for all the Senior School. It will also be a superb theatre and concert hall, with a central playing area — 33 feet in diameter and a terraced stage along the remaining three sides of the octagon. The staging can therefore be an arena-style or “theatre in the round” with audiences sitting on the terraced stage area. The grand piano will normally be housed in the central area but can be moved off-stage. In addition to its use for formal productions, the whole area will be used as an arts studio for lessons and leisure activities. Below the hall will be teaching rooms, music practice units, a recording studio and storage space. The new building will be approached through the existing Entrance Hall. Needless to say, we are not sitting and waiting for this splendid new building to materialise. Money-raising efforts have already begun.’ 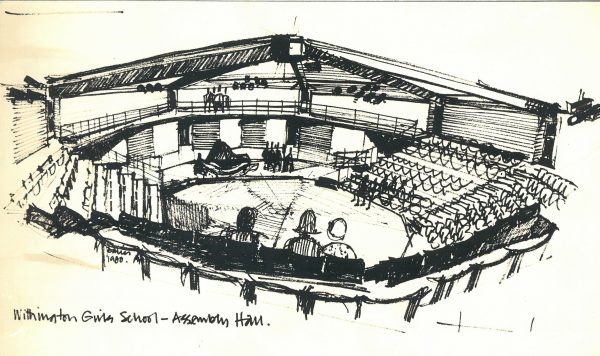 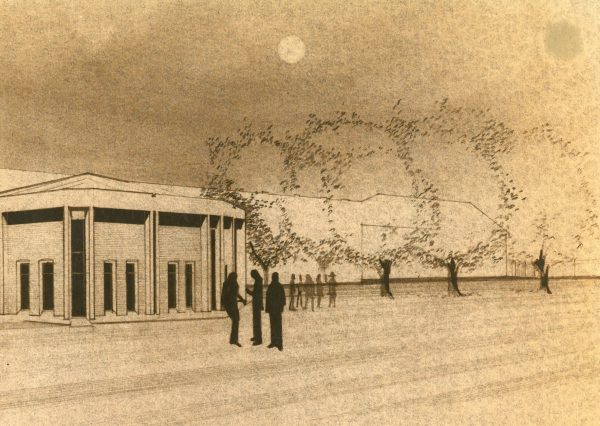 The following annual Newsletter documented that the building work was on schedule, and the Hall was watertight and glazed.

On 27th March 1982, Old Girls Judith and Sandra Chalmers officially unveiled the New Assembly Hall. The subsequent Newsletter records that visitors were dressed for occasion and all the tiered seats were full. Chairman Dr Knowles welcomed everyone and thanked the Architect, Mr Davies. Following speeches, there was a buffet for the 400 audience members and then everyone returned to the Hall for a performance of Murder in the Cathedral. 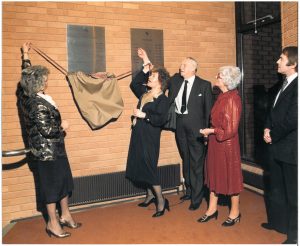 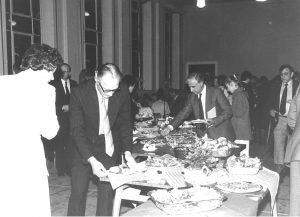 The Arts Centre immediately transformed the delivery of assemblies, music concerts, drama productions and School events. A number of pupils shared their thoughts on the new facility in the 1982 Newsletter,

“The new hall seemed both large and magnificent. The brickwork towered up inside and out in an octagon shape. A smooth polished floor gleamed and shone.”

“I liked Assembly in the New Hall because wherever you are sitting you can always see Miss Hulme and the reader.”

“We, the girls, feel that we can be proud of our theatre. I think this is because Miss Hulme asked us to help raise money and although each person only raised a small amount, you feel as though you really have contributed towards all your favourite aspects of the new Assembly Hall.” 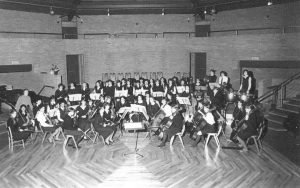 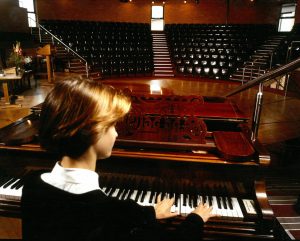 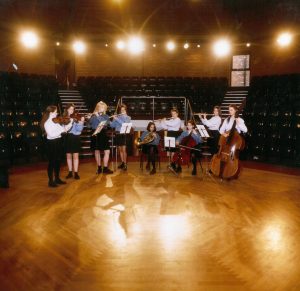 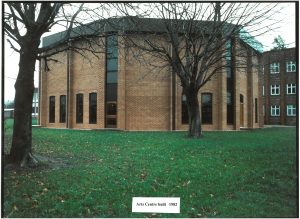 The Arts Centre is still used for all the activities and many more that Miss Hulme and the Governors originally intended.