‘Old Girls’ and former staff of Withington gathered from all over the world to celebrate the 125th Anniversary of the School. The ‘Grand Reunion’, organised by the Development Office, saw former pupils return to School from as far as Kenya, New Zealand and Canada, and spanning an age range of 63 years.

The highlight of the day was a ‘Roundtable discussion’ with the Headmistresses of Withington: Miss Marjorie Hulme (1961-1985), Mrs Margaret Kenyon (1985-2000), Mrs Janet Pickering (2000-2010) and Mrs Sue Marks (2010-present). The discussion was skilfully and humorously conducted by former pupil Judith Moritz, who left Withington in 1995 and went on to be appointed the North West correspondent for the BBC. The Headmistresses spoke nostalgically of their memories (and secrets!) from their time at the helm of WGS. They revealed the exceptional efforts they had gone to in securing the prosperity of the School, including the foundation of the WGS Trust which now serves to grant bursaries to 1 in 6 pupils in the School.

The morning came to an end with an outburst of the School song, Gaudeamus, and the cutting of a celebratory cake. A picnic lunch followed, and ‘Old Girls’ took to the grounds with their sandwiches and summer punch, prepared by Mrs Cartledge and her team. 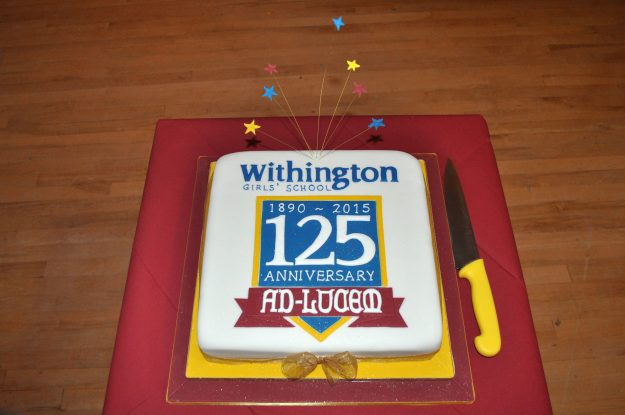 Over the course of the afternoon, guests enjoyed a House Quiz, displays from the Archive and the 125th Anniversary Fair. Our Archivist Hannah and graphic designer Eliott designed and built a beautiful display for the event, around which guests could walk and ‘journey through’ WGS history as they navigated the various slideshows. The display remained in the Sixth Form Bistro for a few days after the event for current pupils to enjoy during their lunch hour. 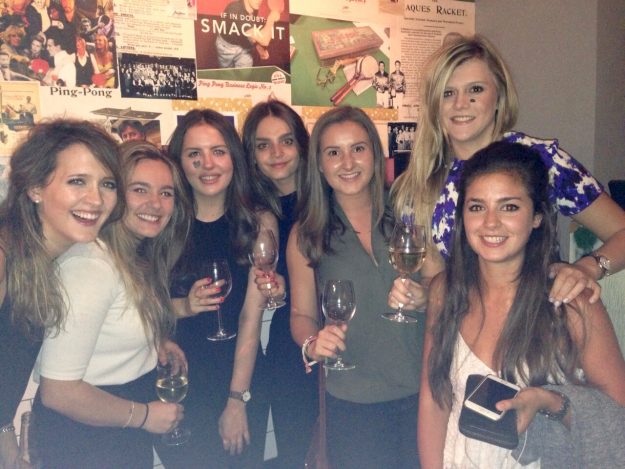 The 125th Anniversary Fair was a success; stalls included a raffle for the Gambia trip, the PTA Concorde Ball, School merchandise, D&T crafts made by pupils, and ‘Legendary School puddings’, for which the ‘Old Girls’ connected to us on Facebook voted for their favourite Withington puddings (Cornflake Tart, Chocolate Sponge and Apple Crumble). 2002 leaver Sarah Simpson also held a popular stall, sharing with fellow Withingtonians the unrivalled flavours from her company The Kitchen, Swanscoe (makers of jams, cordials and fruit cheeses from a farm in Macclesfield). 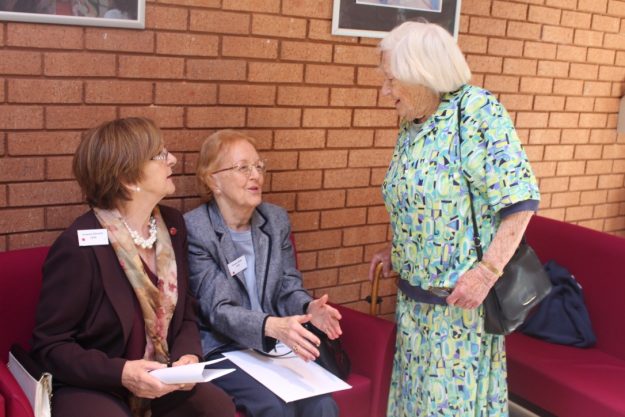 The day also played host to the inaugural ‘Old Girls’ Netball Match. Former pupils from the Class of 1980 up to the Class of 2010 from Herford and Scott took on Simon and Lejeune in a nail-biting match, which ended in a tie in the last minute of the game. Herford were also victorious in the House Quiz, and won a rather large hamper of sweets to be presented to the current Herfordites at their end of term House meeting, ‘with love from the Old Girls’.

All of our visitors were particularly impressed with the volunteer tour guides from our Third and Lower Fifth forms, who had the tough job of leading large groups around the School on an informative tour on a Saturday afternoon. A former teacher of WGS wrote in following the event in praise of the current pupils: “they were poised and friendly – excellent representatives for their School. Thank you.” Thanks must also go to the current members of staff who volunteered their time on the day (some of them former pupils themselves). 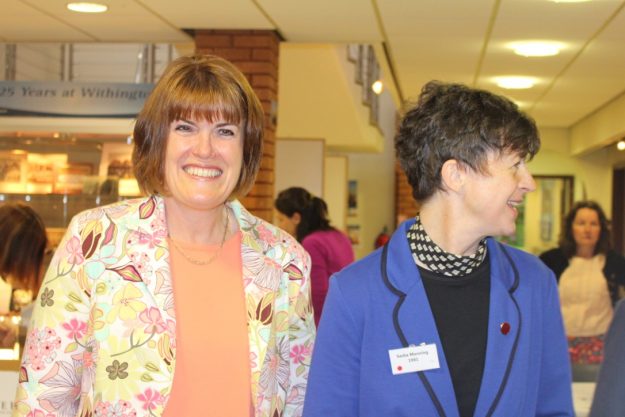 Our 350-strong party of former pupils and members of staff congregated in the Dining Room for Afternoon Tea (accompanied by 125th Anniversary cupcakes) before bidding farewell. Several continued on to further evening celebrations with their classmates. It was the perfect gathering of current pupils and teachers, ‘Old Girls’ and former members of staff, and friends of the School from the last 60 years of Withington history, and a reminder of how special an atmosphere this School is home to.

A full write-up with photographs will be published in the next edition of Withington Onwards (our Alumnae magazine). Please see our Facebook profile for more photographs. Digital copies of the WGS Photobooth photographs have also now arrived; please contact the Development Office if you would like to be sent your copies!