A Decade of Dramatic Performance

Throughout the 125 years of Withington Girls’ School, an array of dazzling costumes and unusual props have been utilised in numerous Drama performances. The differing genres and visual content of each production has provided viewers with something new and exciting to enjoy every year. 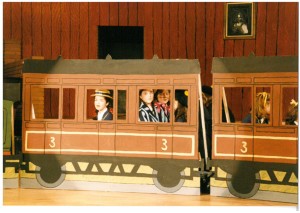 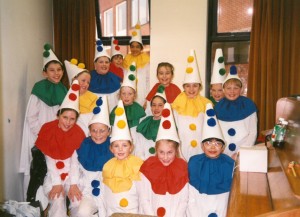 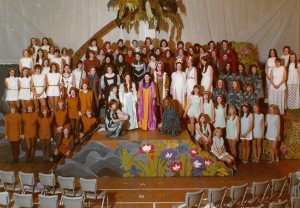 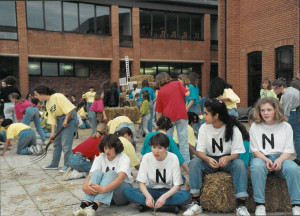 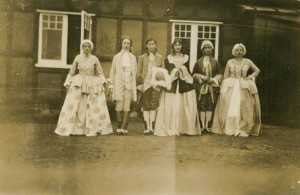 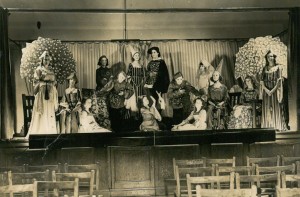 Up to the present day, the staging for each production has gradually become more ambitious. The introduction of the bespoke Assembly Hall, known as the Arts Centre in the 1980s, meant that the set could be created on a much grander scale. The humble dividing screens placed outdoors in the early 1900s provide quite a contrast to the panoramic mountain views of the 2014 production Sound of Music! 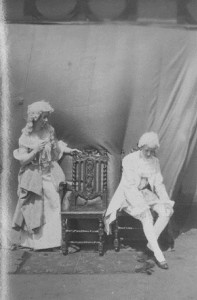 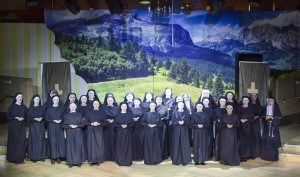 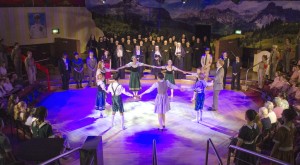 The decade between 1940 and 1950 proved no exception for an assortment of successful plays. The School performed Richard of Bordeaux, Lady Precious Stream, A Man’s House, Two Gentlemen of Verona and Viceroy Sarah during this period and all productions had a large cast of Withington pupils.

Despite wartime troubles, Richard of Bordeaux was performed with a cast of over thirty. The 1944 newsletter contains a letter from a former pupil called Audrey Whittaker, who writes of her sadness of missing the production. Audrey was in fact set to play the character of Lancaster, but had to leave Withington with less than an hour’s notice for her long awaited evacuation to Cape Town.

A passage from the School newsletter contains a heart-warming account of the role that the teaching staff played to make the performance a success;

‘Miss Symons was primarily responsible and gave to audience and actors an experience which cannot easily be forgotten. Miss Jowett (and pages!) managed the limited stage and the wooden screens to perfection and Miss Verity’s lighting effects, particularly the tapers and the extinction of the candles, were all that we expect from her. The rich array of costumes included many from the original London production’. 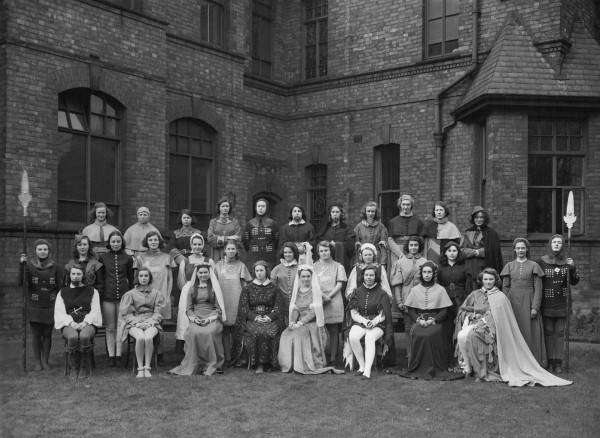 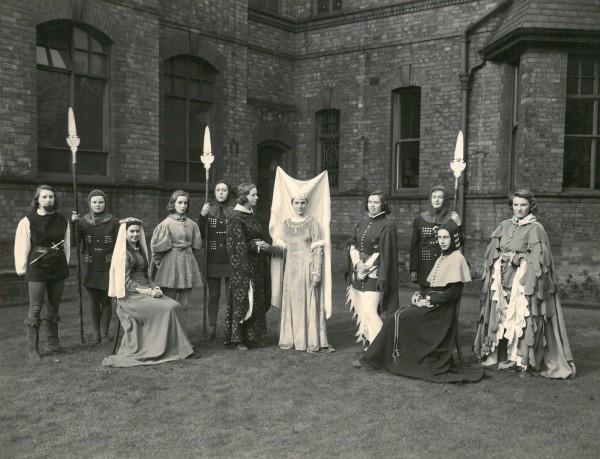 The 1945 School newsletter sheds an interesting light on the preparations and planning of the play, A Man’s House.

‘Everyone felt that it would be difficult to find and to act a play which would follow the outstanding success of the School production of Richard of Bordeaux. But the play was found and rehearsals began immediately after school ‘broke up’ for the Christmas holidays. There were early difficulties in casting and changes had to be made because of illness. The partial failure of the heating apparatus made winter rehearsals a trial of endurance which was scarcely the ideal training for the staging of the play on March 22nd, 23rd and 24th in a midsummer heat wave. Some costumes had to be improvised at the last moment when two hampers were delayed in transit from London because of military traffic’.

It was not all such a negative experience however! The final line in the newsletter recollects that ‘The philosophy of the play with its culminating scene on the first Easter Sunday made a deep impression’. 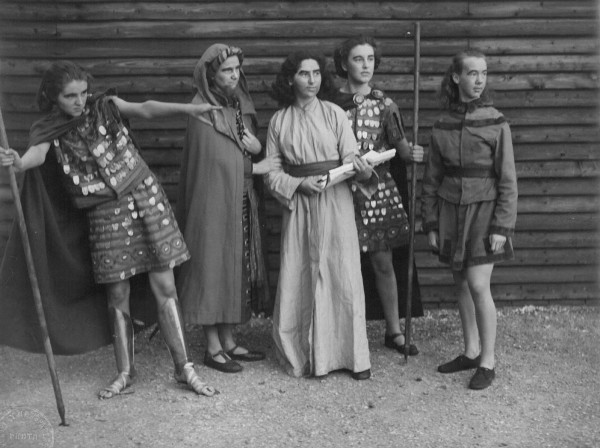 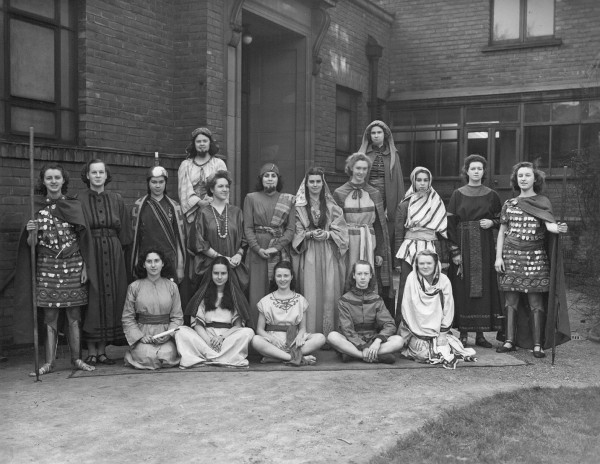 Stella Newton analysed the Shakespearean play, Two Gentlemen of Verona during the School’s adaptation in 1950. Stella comments on the staging, lighting and costuming in the following paragraph;

‘The sets occasioned spontaneous applause for the illusion of a sunny Italy, so well captured by Miss Wallace, with vistas and with interiors with tiled floors and columned porches. Her costume designs, too, carried out by many volunteers, had the right touch of luxury in colour and material. The use of the steps in the centre front of the stage was particularly effective in conjunction with concentrated light for the soliloquies, which were remarkably well spoken’. 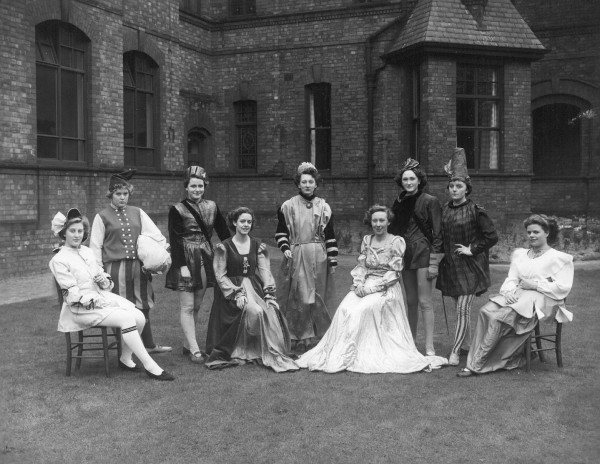 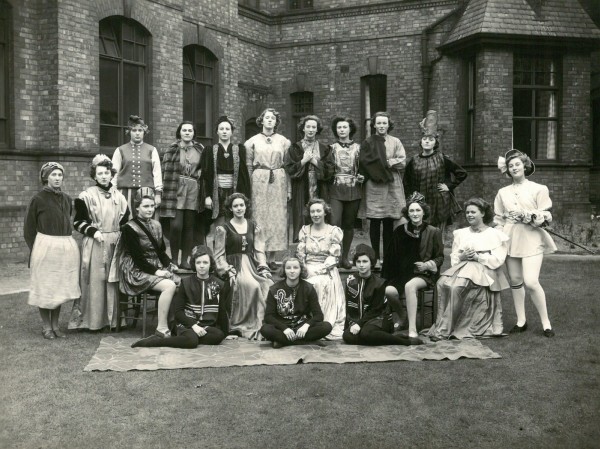 Within the Archive collection we have many more photographs and programmes from the other productions throughout this period. If you would like to view any of these resources, or have further information to share, please email archive@wgs.org. We would be interested to hear your memories.