Withington’s new Junior School and Central Hub were officially opened on Wednesday 30th September during a Royal visit by HRH The Duchess of Gloucester to commemorate the 125th anniversary of the School’s foundation. 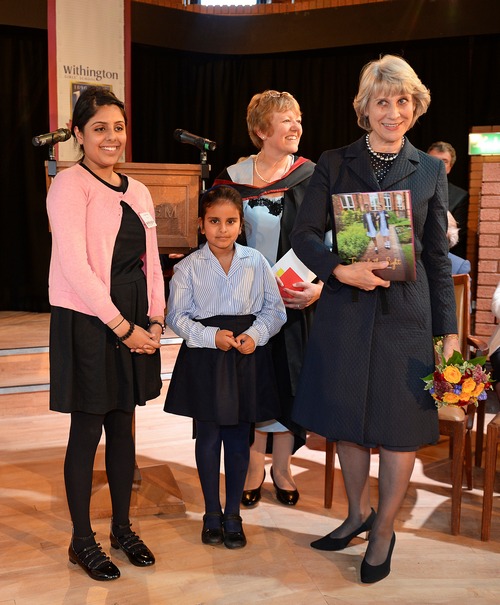 The Duchess was escorted on a tour of the school’s impressive new buildings by Headmistress, Mrs. Sue Marks and was accompanied by the Lord-Lieutenant of Greater Manchester, Mr. Warren Smith; The High Sheriff of Greater Manchester, Mrs. Sharman Birtles and Mr. Grahame Birtles; The Rt. Worshipful the Lord Mayor of Manchester, Councillor Paul Murphy and The Lady Mayoress, Mrs. Anita Murphy, as well as representatives from Withington  Girls’ School including the Chair of the WGS Trust, The Lord Lee of Trafford, the Chair of Governors, Mrs. Elisabeth Lee and the Deputy Chair of Governors, Mr. David Illingworth. 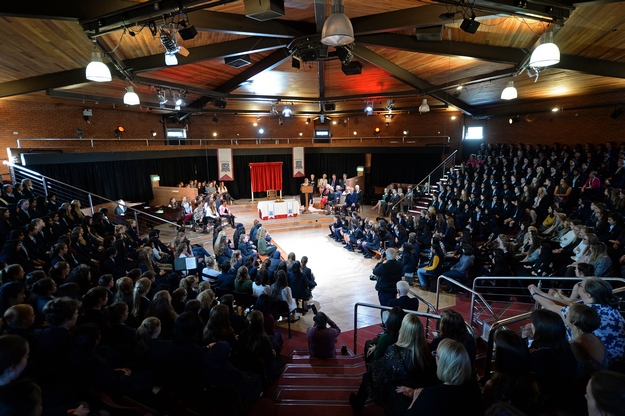 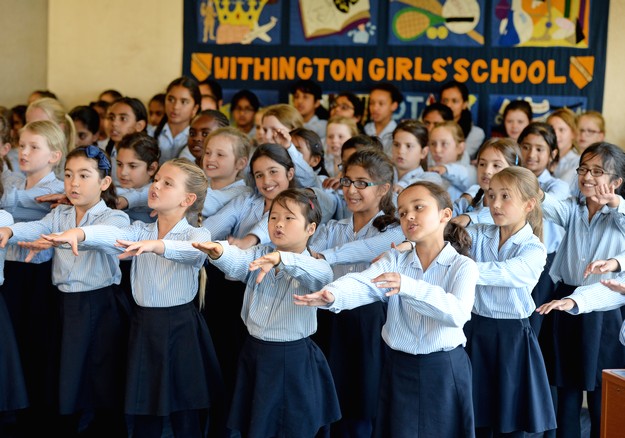 As part of her visit, the Duchess was treated to a choral recital by Junior School pupils, before observing an IT lesson in the new building. 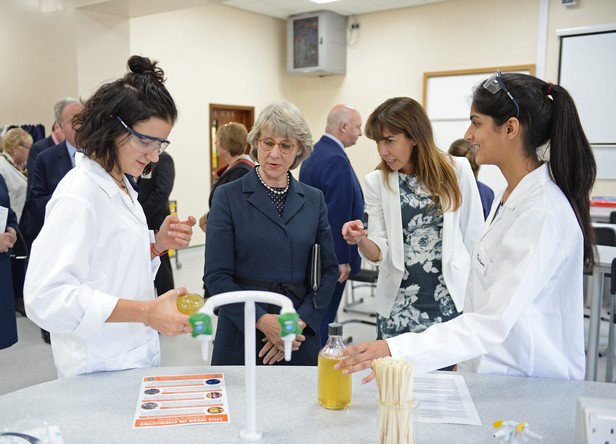 Her Royal Highness then went on to visit the new Zochonis Laboratory, one of the school’s three state-of-the-art Chemistry laboratories, which have been upgraded to university specification as part of an overall enhancement of Senior School facilities at Withington. 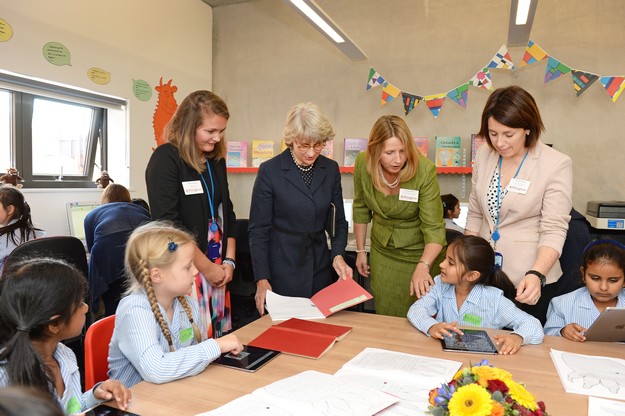 Headmistress Mrs. Marks revealed that plans have been drawn up to improve facilities at Withington still further, and Development Director Mrs. Toni Leden outlined details of the next phase of redevelopment to Her Royal Highness. Representatives of the School’s pupils, alumnae, parents, staff, benefactors and governors were introduced to the Duchess, who also admired examples of pupils’ work in Design Technology. 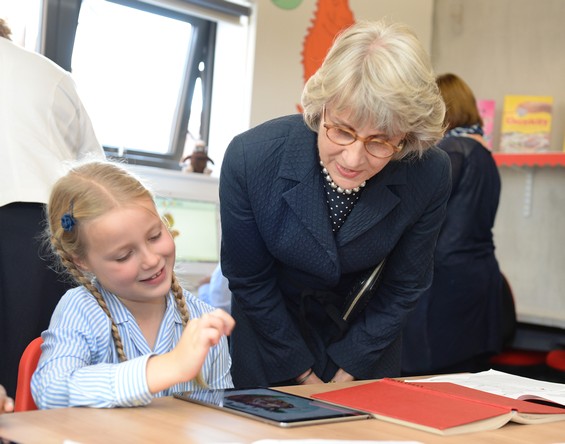 During the formal ceremony, which took place in front of pupils and staff in Withington’s Arts Centre, the Duchess unveiled a plaque commemorating the opening of the new Junior School and Hub.  She was presented with a copy of the School’s 125th Anniversary book, Towards the Light, by Head Girl Radhika Saggar and received a posy of flowers from seven-year-old Tara Sumra, the youngest pupil in the School. 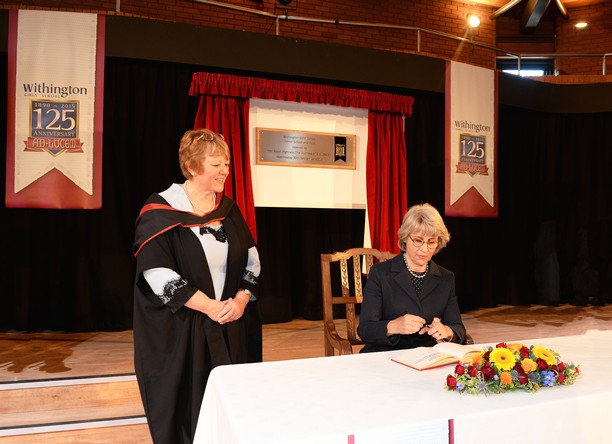 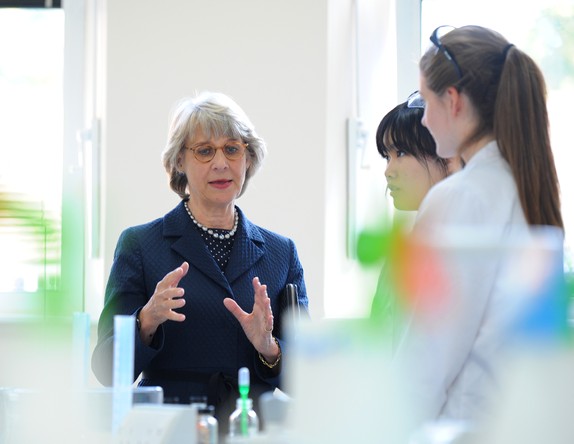 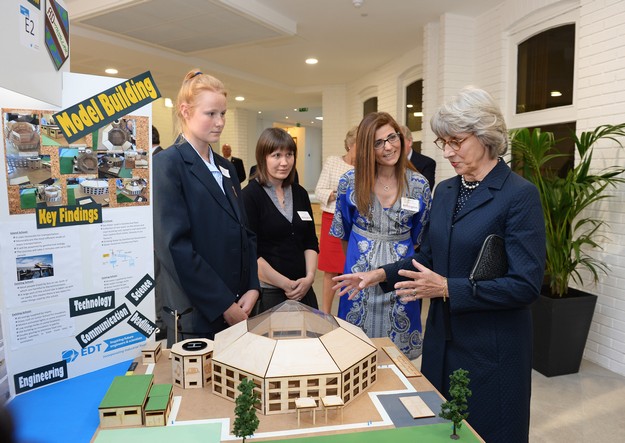 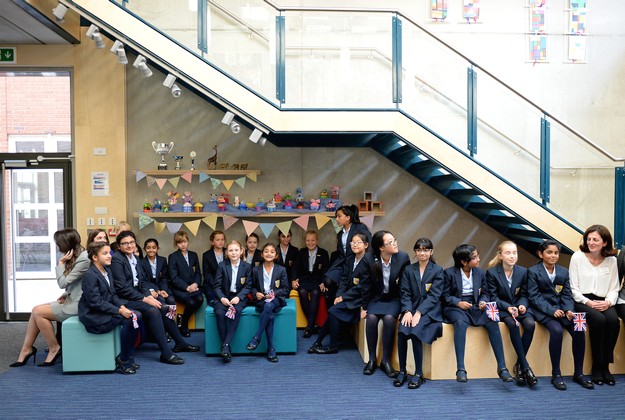 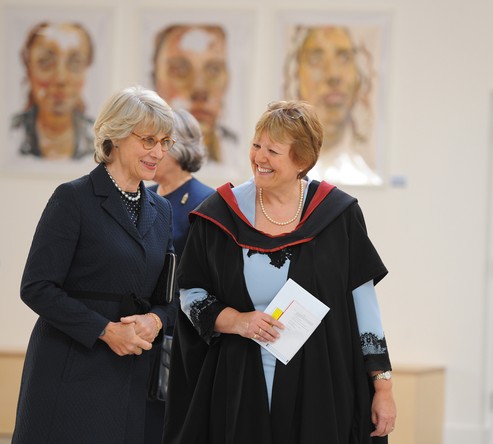 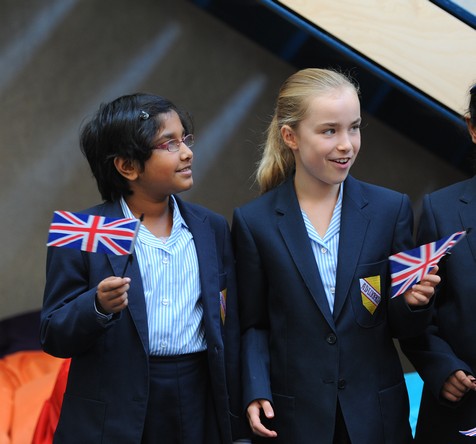