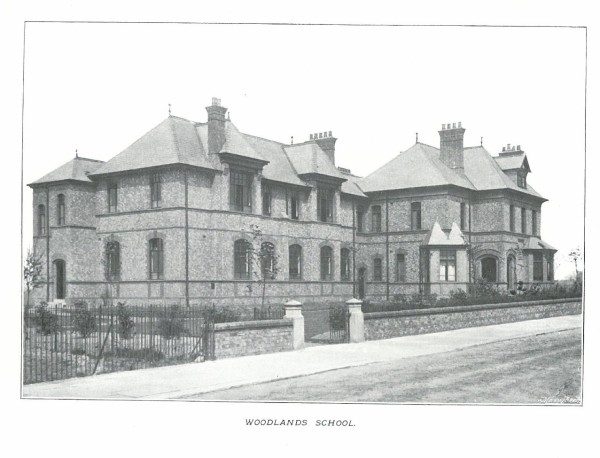 Woodlands School for Boys, built by Mr Pugh in 1885

In 1903 two of our Founders, Henry and Emily Simon secured the land and original buildings where Withington Girls’ School stands today. Prior to this, the building was called Woodlands School and was built in 1885 by Mr C.F Pugh for the education of boys.

Miss Grant wrote in her final School Newsletter as Headmistress, of Mr Pugh’s planning of the School site and the ‘omission of all passages and the unusual devices by which one traversed the building’. She goes on to recount that Mr Pugh visited WGS in 1930 for one last time and says, ‘Finally, just before leaving he stood in the hall, tapping the tiles with his stick and said “Admit it, admit it, I built well”’.

Over the years the School has shifted and lifted in many directions with the addition of new class rooms, an ‘Iron Room’, the ‘Cottage’ and bicycle sheds that were destroyed in a great gale and then rebuilt.

In 1952 construction work began and Miss Bain commenced the buildings slow transformation towards what the School looks like today. The cottage pictured below in 1922, was dismantled to make way for an initial new build. 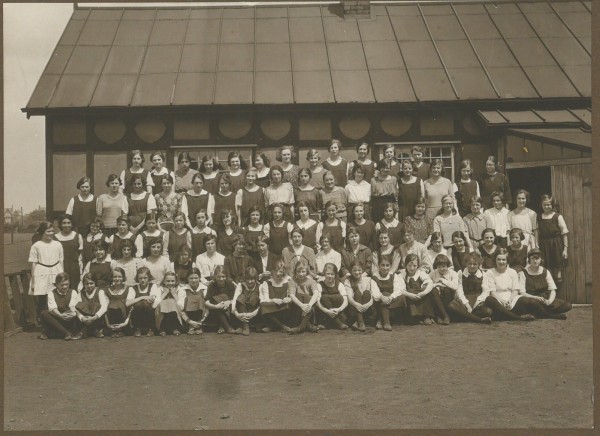 A School photograph taken in 1922 in front of the Cottage

The 1952 School Newsletter states, ‘In July, the ‘cottage’ with all it’s memories, was taken to pieces and removed; next the skeleton of a cube began to rise on the site. Today the three-storied block is outwardly complete, with roof, floors and windows. Shortly the mistresses will have a Common Room and the girls, showers and a changing room.’ 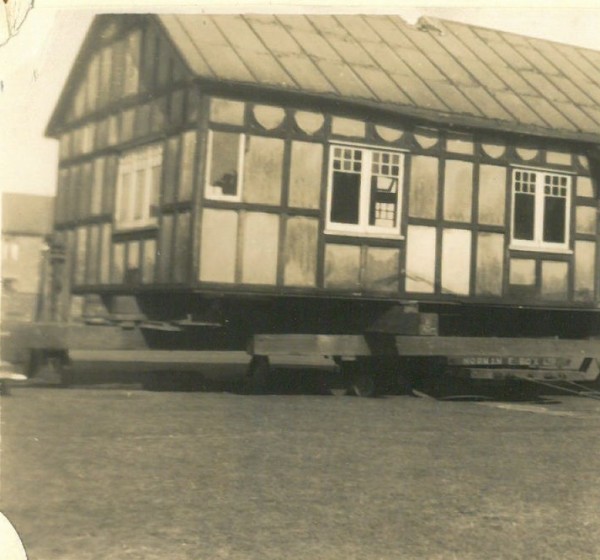 The Cottage, also referred to as the Sanatorium

Two years after the cube-like building had been constructed Miss Bain instigated another development. The 1954 Newsletter explains how the School was due to expand, ‘Chief news of the year is that we are building this time a new block comprising four classrooms, a large lecture room, and a large Domestic Science room, together with a Senior cloak room.’ Miss Bain then remarks that ‘The Sixth Form which now number over 80 girls will have attractive rooms for assembly and for meetings, societies, and discussions with other Schools; the musicians and actresses will have space for rehearsals. The introduction of Cookery has its problems, but it is hoped most girls will have the chance to enjoy in a recreative way, a less academic subject.’

The New Wing was declared open on the morning of Founders’ Day in 1955. The Head Girl, Elizabeth Rapp unveiled an exterior wall plaque depicting the School Badge as presented by Mr J Wood and Mr N Burdett. 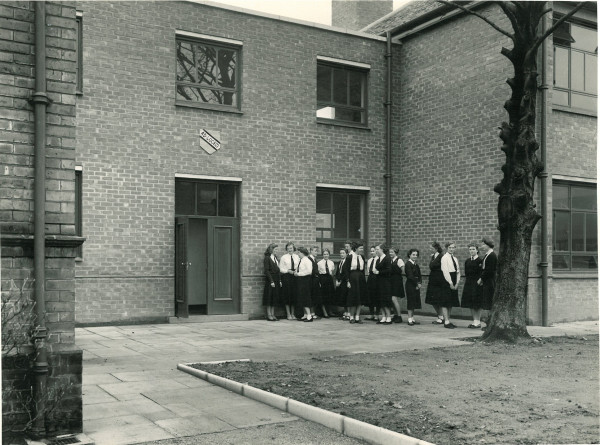 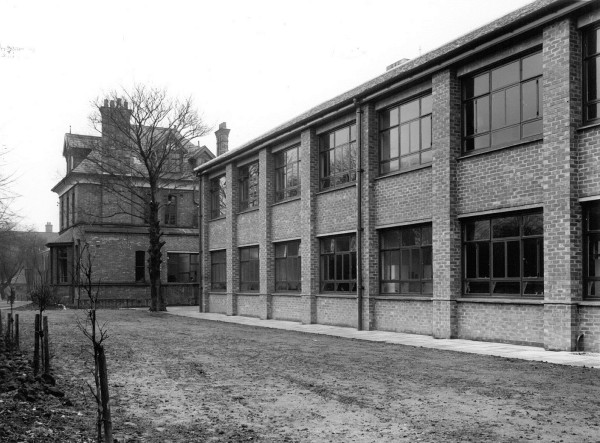 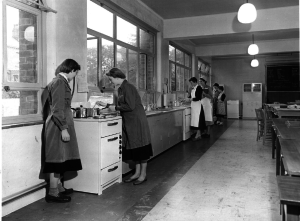 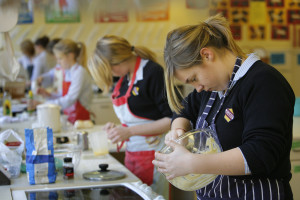 Many Withington ‘Old Girls’ have memories of Miss McCardell who taught Music. Pictured below is a Music lesson held in the new building in 1956 and the second is a recent example of music provision at Withington today. 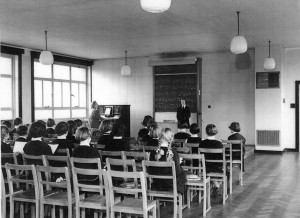 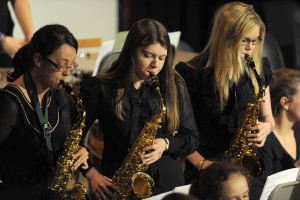 The 1955 Newsletter stated that the New Wing was the ‘largest single project undertaken by the Governors, and much thought and effort have been expended on it’.

In the previous year, Miss Bain said ‘ When this building is complete, nearly all that can be done in the way of extension will have been done.’ Little did she know that WGS would indeed expand further with the addition of the Arts Centre, Sports Hall, Technology Building, the Margaret Kenyon Wing, the Sixth Form Centre and most recently, the brand new Junior School and Hub opened by HRH The Duchess of Gloucester in September 2015. 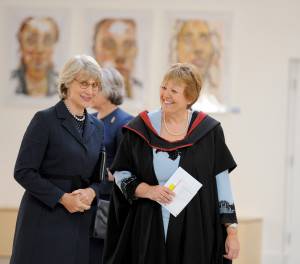 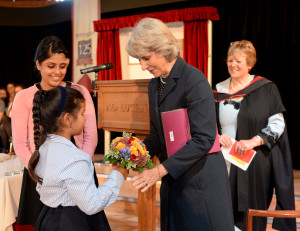