The Science Communicators project has been an integral part of our partnership work for some time. After moving online during the pandemic, it has returned stronger than ever as it now incorporates all three sciences in several formats. Initially the Young Chemistry Communicators, the scheme aims to enhance the communication skills of Sixth Form scientists through the delivery of science-related activities to younger children, in order to inspire them and help with their understanding. The project is overseen by Techniquest Glyndwr who deliver a training session at the start of each project to the Sixth Form participants.

In 2021/22, Year 12 scientists delivered three programmes to both primary school children and Year 11 GCSE classes from Manchester Academy. Our pupils, staff and audiences were all thrilled that once again the enrichment activities were in-person. 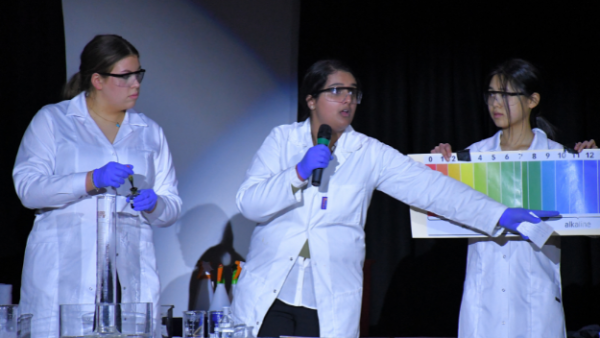 In 2020/21, Year 12 A Level chemists had to learn to present the ‘flash bang’ chemistry shows in a mixture of recordings and live online presentations. During lockdown in the first part of the Spring Term, the girls planned three superb Chemistry shows all featuring kitchen-based experiments, using reagents that could be safely handled by younger children, either at home or in the school setting. Two of the shows were delivered virtually to pupils of Years 5 and 6 from St Teresa’s Primary School, and the third show was delivered to our very own Year 8s. The complete shows have also been made available as full recordings to share with other local schools. 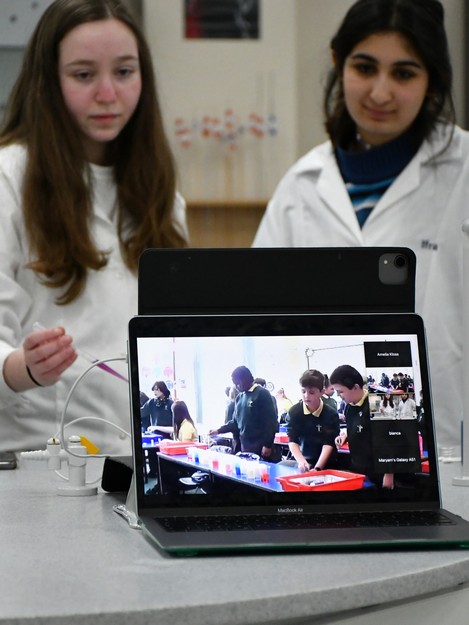 In 2019/20, shows were presented to children from Northenden Community School and Mauldeth Road Primary School. One of the shows was performed during the visit of the Mayor of Greater Manchester, who came to see some examples of the many community activities in which the School is involved. 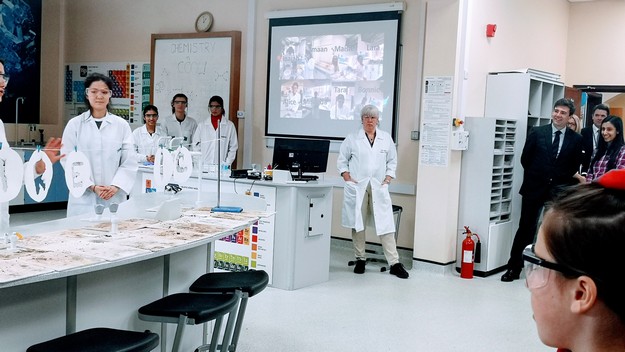