On 9th May 1956, Miss Bain applied to the Industrial Fund for the Advancement of Scientific Education in Schools.

In this application, she detailed the present Science facilities. She wrote that often there were up to thirty-six pupils having to squeeze around six benches during Physics lessons. She also stated that the Science teaching staff and the Laboratory Assistant had poor access for preparation and that the Prep room was often used for Advanced Physics and Advanced Chemistry over flow!

These two images show Biology provisions prior to Miss Bain’s application. The first photograph where the girls are sitting at their wooden desks facing the front black board was taken in 1948. The second image documenting a slightly more hectic Biology lesson was taken in 1952. 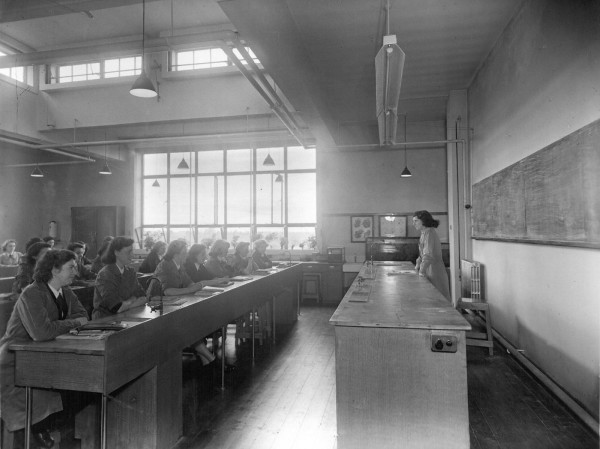 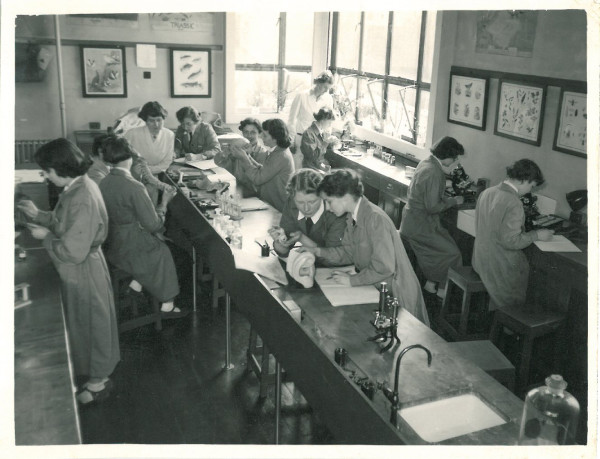 Miss Bain proposed that the Science Grant would be used for the creation of two new laboratories, a Balance room and a Prep room, alongside an increased number of Science staff and the purchase of new equipment.

Miss Bain suggested that the benefits of additional Physics and Chemistry lessons would encourage girls to continue on to study Advance Level Science.

She summed up her proposal by writing ‘The School has a Science tradition and has made valuable contribution to Scientific, Mathematical and Medical work. The provision of additional laboratories and staff would give immediate stimulus to Advanced and Scholarship work of high quality and we anticipate would increase the number entering Universities and Mechanical Colleges.’

7th November 1956, Miss Bain wrote a letter thanking the Sub-committee of the Industrial fund for an award of a grant worth £8,800. She wrote that the building work was due to commence on January 31st 1957 and was due for completion on September 1st 1957. The new Science Laboratories were unveiled that very year. 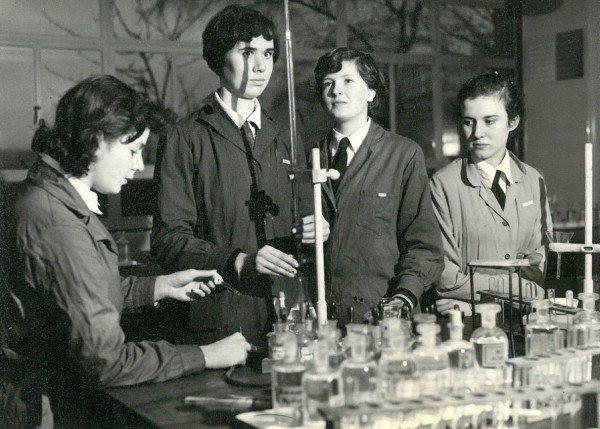 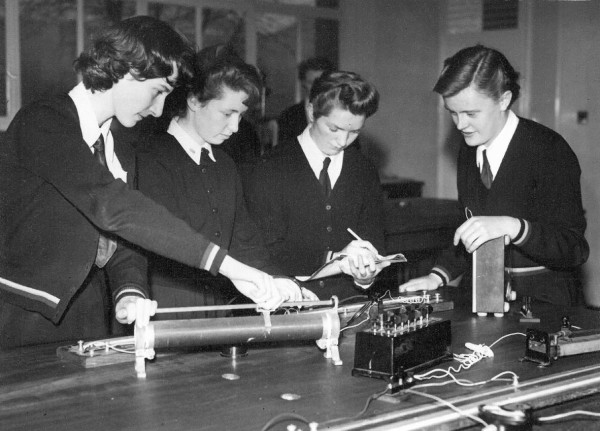 In 2015 Withington Girls’ School unveiled not only the new Junior School and Hub, but also the University standard Zochonis Chemistry Laboratory. 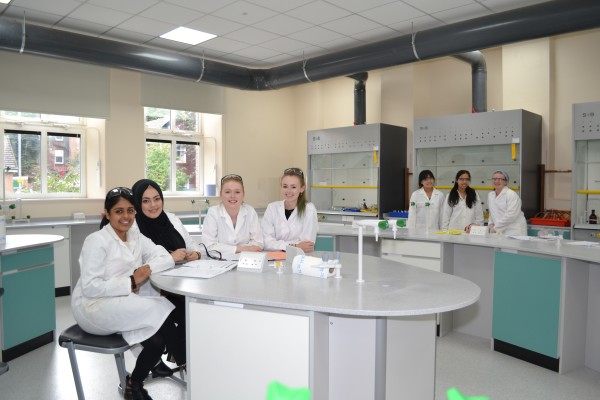