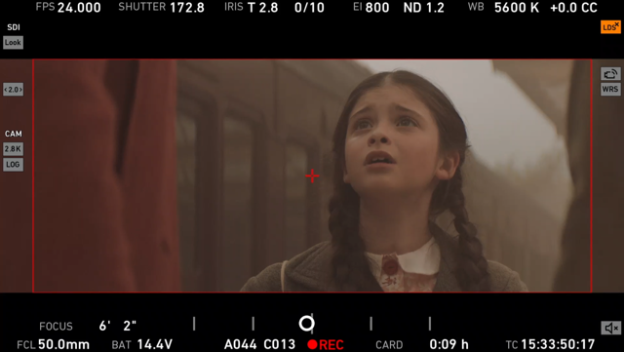 Withington Girls’ School Year 6 pupil Eden Hamilton stars in The Railway Children Return alongside Sheridan Smith and Jenny Agutter, who is reprising her role as Roberta ‘Bobbie’ Waterbury, in the much-anticipated sequel to the 1970 family favourite.

Eden, now aged 11, plays ‘Pattie’ the middle child and youngest daughter in this next generation of The Railway Children. The film offers a revival of the classic plotline that follows three children from wartime Manchester who are evacuated to Oakworth, the same village as in the original, and Eden is in fact the only actor playing the roles of the three evacuated children to hail from Manchester. 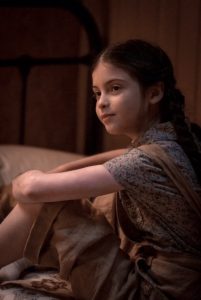 Directed by BAFTA award winner, Morgan Matthews, the film shot in May and June 2021, in key locations from the original film including the iconic Keighley and Worth Valley Railway, Haworth and the Bronte Parsonage. It is here where Eden and her family lived during filming, all whilst Eden continued with remote learning.

Eden recalled: “It’s been such a privilege to be part of the Railway Children family. I had only just seen the 1970 original on TV at Christmas when I was asked to audition for Danny Brocklehurst’s sequel in January 2021. It was so interesting to see how he’d used the themes and locations from the original and set it during WWII, which is one of my favourite time periods, thanks to Mr Lazenby. To top it all off Jenny Agutter had signed up to reprise her role as Bobbie and she was great fun to work with – we recreated The Sound of Music in the Yorkshire Dales between takes!”

Eden was cast as ‘Pattie’ following a series of Zoom auditions with the Director, Casting Director and Producer. Then came a trip down to London to meet Dinah Collin, the Costume Designer, who had created a mood board for the character of ‘Pattie’. Eden revealed: “I made her job a little more difficult by announcing that I was allergic to wool, so she had to create my costumes entirely from cotton! Dinah wanted earthy colours to reflect Pattie’s rebellious and no-nonsense attitude, which is how I ended up in a palette of taupe, green and purple ochre.” 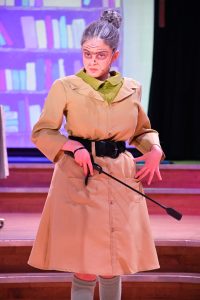 Eden joined Withington into Year 3 and has been involved with drama also since the age of 7. She recently took part in Withington’s Junior production of Matilda the Musical Jr. in one of two casts as ‘Miss Trunchbull’. Ms Howard, Head of Junior School, said: “To see Eden on the big screen really brings home the magnitude of her achievement and we couldn’t be prouder as a school community. I look forward to seeing her flourish further as she progresses through the senior school and beyond.”

The Railway Children Return cast reunited for the world premiere at Keighley Picture House following a train ride from Oakworth Station on July 3rd before the London premiere on July 10th. Eden explained: “It’s been fascinating to see the story come to life, but since the scenes are mostly filmed out of sequence it’s hard to imagine how it will all look until you finally see it, all edited together with the soundtrack – and so through the magic of cinema a downpour can be turned into summer sun!”

The Railway Children Return will release in UK cinemas on Friday 15th July 2022.