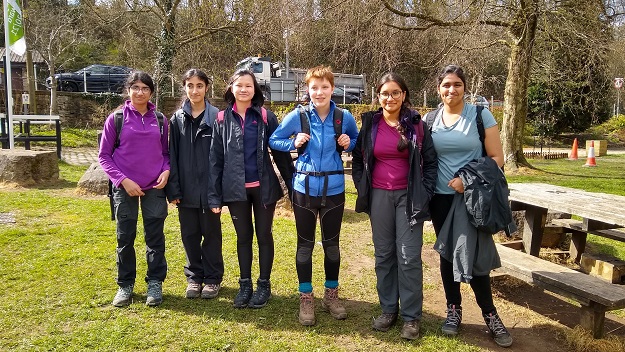 The second lockdown in the Spring Term meant that plans for Bronze and Gold Qualifier and Silver Practice Expeditions all had to be postponed. Eventually, with the publication of the roadmap out of lockdown, we were able to plan a series of expeditions for the Summer Term ensuring that all girls in Years 9 to 12 were able to complete their awards before the summer break. On Friday, 16 April, at the end of the Easter holiday, the 49 girls in the Year 10 Silver cohort met in Whaley Bridge for a training day. The day before the walk we were approached by DofE and the BBC to ask if we would allow a BBC film crew to interview some of the girls and to film parts of their walk. This was to form a news item to be shown on the BBC National News immediately after the funeral of the Duke of Edinburgh. We were lucky that the sun shone, and the BBC crew were able to get all the footage that they wanted.

Unable to allow the girls to camp due to the COVID restrictions, even in the school grounds as planned, the Year 9 Bronze two-day expedition became two separate days, but otherwise stayed unchanged from the original plan. The girls met at Dunham Massey and followed the trans Pennine trail to School. Here they set up tents, cooked an evening meal using a Trangia and planned their route for the following day, before being collected and taken home. Returning to School the following morning, they then followed their planned journeys back to Dunham using a different route to the previous day. Both these walks have some rather unexpected and tricky navigational sections (as we found the previous year using the same routes), so there is quite a challenge here to navigate using maps and compasses to ensure that the correct paths are found. The Year 10 Silver cohorts followed the same two-day expedition for their Silver Practice. In School, they worked around a series of training workshops in the evening before leaving to go home. 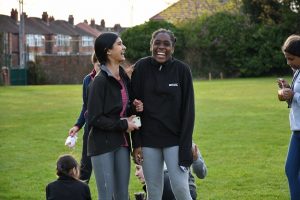 The Year 11s were able to take advantage of the changes in the easing of lockdown and so, after the completion of their TAG assessments, they completed the one-day Whaley Bridge walk followed immediately by the two-day walk from Dunham to School and return the following day. However, these girls were able to camp in individual tents at School and rotate around a series of workshops out in the sunshine on the field. The girls found this a challenge due to the very hot sunny weather and very hard walking surfaces for the three days. We had planned to take the Year 12 Gold cohort away to the Lake District for their Qualifier Expedition at the end of June. Unfortunately, a positive COVID case led to 14 of the girls going into self-isolation, so a reduced group travelled up to Keswick by coach on Tuesday, 22 June. From Keswick, after bag weighing and checking (with excess items removed), the teams trekked down to Borrowdale over the top of Lodore and Watendlath, then down to Rosthwaite and our corner of a field, which was to be home for the next four days. With no more luxuries than two portable toilets and our own sink and tap, the girls all very cheerfully set up camp. The second day was cloudy but mainly dry and the teams walked from Buttermere back to camp over the top of Hay Stacks and past the Honister slate mine, then down the Honister Pass and Little Gatesgarthdale. The weather held for the third day and each team plotted and trekked a different circular route, with all passing over the top of Dale Head. The final day was very wet as the girls  broke camp and set off back to Keswick, trekking down the Western side of Derwent Water. The physical and mental challenge of the Gold Expedition should not be underestimated and to complete this successfully as a team requires real determination, mental fortitude, resilience and excellent team morale. The teams are all to be congratulated. 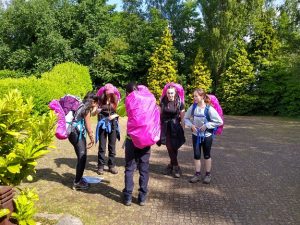 We will now be running a replacement expedition in early October for those girls unable to take part due to self-isolation. The final expedition of the academic year was the combined Year 10 and 11 Qualifier Expedition. Unfortunately, we were again hit by self-isolation and so, in the end, our party of 69 WGS pupils was missing four girls at the point of departure on Friday, 2 July. Splitting the group into two, the Year 10s travelled by coach to Gisburn and, from there, trekked to the camp site at Whitehough Outdoor Centre, in the shadow of Pendle Hill in Lancashire. The Year 11 groups trekked to Whitehough from Clitheroe. We were lucky that the weather was warm and sunny although a little too humid to be comfortable, and with a very high pollen count. The groups were all able to set up camp in the field at Whitehough although some groups arrived in camp quite late. The high pollen count meant that some girls suffered from unpleasant hay fever symptoms. Overnight showers lowered the pollen count in the morning, but it was a warm and very wet start to the treks on Saturday morning. Different groups followed different routes around and over Pendle Hill, checkpointed regularly by the DofE staff and WGS staff. Some navigational hiccups, not helped by a field of inquisitive cows with calves, meant that some groups had to re-think their routes with the support of the DofE staff. The morning rain gave way to a beautiful sunny afternoon which helped the groups to get back into camp in good time. The sunny warm weather turned in the evening to a heavy thunderstorm which at least had the benefit of clearing the air. On Sunday morning, the  weather was initially warm and dry, and the groups were all able to pack up the camp site and their back packs and set off on their treks back to Clitheroe and Gisburn before the rain again started to fall. However, all groups were successful in completing their treks and made it to the end in excellent time to be collected by their families.

Like the Gold, we will be running an additional expedition in the Autumn Term for those girls who were isolating and unable to take part. The 2021-22 expedition cycle starts again on Wednesday, 20 October when the Year 12 Gold Practice Expedition will leave for the Yorkshire Dales. I would like to congratulate all the girls who were able complete their expeditions at all levels and to thank the DofE team of qualified mountain leaders and assessors who make these expeditions possible and enjoyable for the majority of the girls. These expeditions would also not be possible without the support of so many colleagues on the WGS staff – Mr Parry, Mr Whelan, Ms Kusznir, Dr Smiles, Mrs Menzies, Mr Lazenby and Mrs Parker. 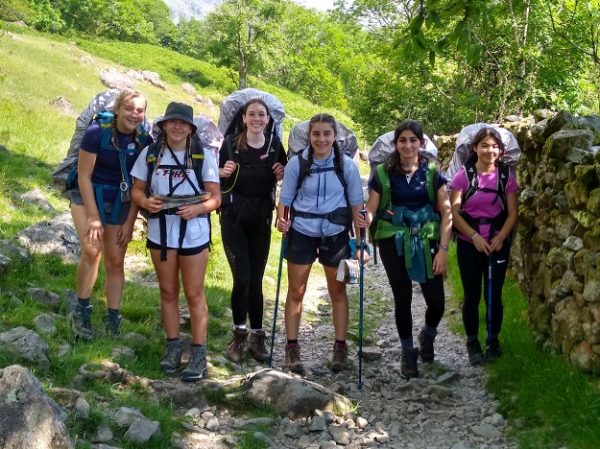