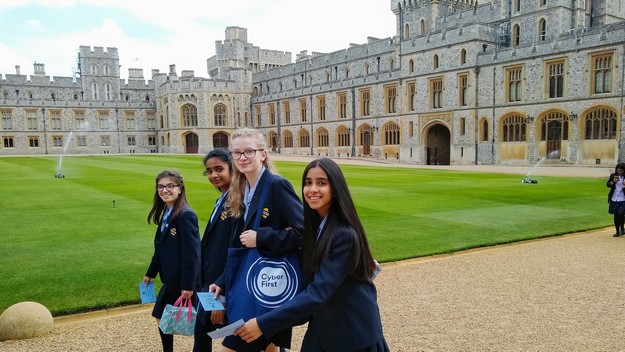 An afternoon tea at Windsor Castle, hosted by His Royal Highness The Duke of York, was the culmination of an exciting journey for Withington’s Year 8 team of cyber experts. The four pupils – Daisy, Lily, Anisha and Janani – were placed in the top 10 out of 3,350 teams after the online round of the CyberFirst Girls Competition, earning them a place at the Grand Final in Edinburgh in March. 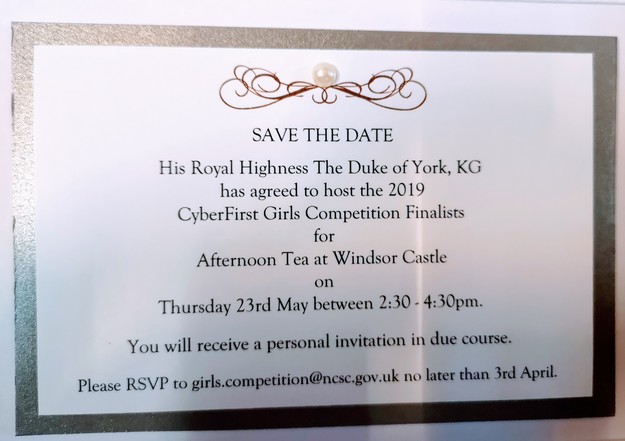 As finalists in this competition, which was organised by the National Cyber Security Centre (a part of GCHQ), the girls were delighted to be chosen by BBC Newsround to be filmed and interviewed as part of a special feature about the CyberFirst Girls Competition.

A Welcome Dinner in the Great Hall at Edinburgh Castle as guests of the First Minister of Scotland was followed by a day of intense competition held in the magnificent Playfair Library at the University of Edinburgh. Finishing third overall, a brilliant achievement, the girls were thrilled to learn of the Royal invitation.

So, on 23rd May, they had their afternoon at the Castle, where they did, indeed, meet HRH The Duke of York. 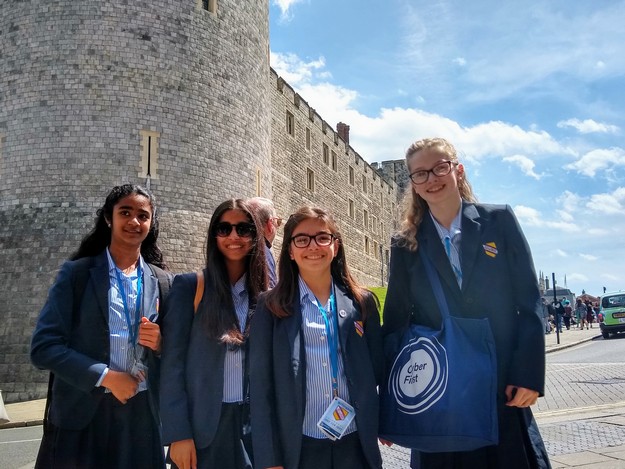 “The girls had a fantastic time and enjoyed the opportunity to venture into the private quarters of the royal household and talk with the Duke.

“It did feel a little odd with all the tourists watching us as we were ushered through the security gates and across the courtyard.  Almost dreamlike – it was like being in the smartest rooms of a National Trust property, but we were allowed to sit on the chairs.

“The afternoon tea was wonderful – a selection of sandwiches (with the crusts cut off, of course) and an array of cakes.

“We couldn’t help wondering who else had been in those rooms, or sat on those chairs, either in the present day, or over the Castle’s long history? … A diplomat? A dignitary? A politician? A royal? 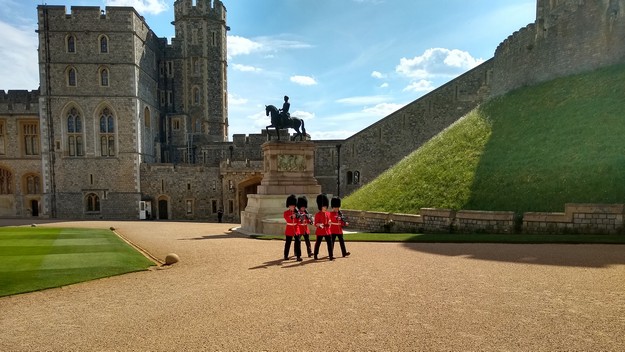 “The Changing of the Guard was taking place in the courtyard as we left. At one point they started marching directly towards us – we beat a hasty retreat out of their way! We were so close it was amazing!”

The aim of the competition is to inspire girls to consider cyber security as a future career. Have a look at the amazing experience the team had in the  National Cyber Security Centre’s film of the highlights of the 2019 competition.