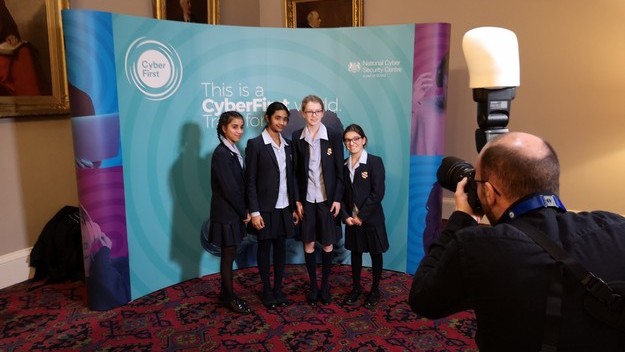 For the first time at Withington, a team of four Year 8 girls took part in the online round of this year’s CyberFirst Girls Competition. They cracked codes as part of a series of challenges set by the National Cyber Security Centre (part of GCHQ) and were placed 8th out of 3350 teams in the country. 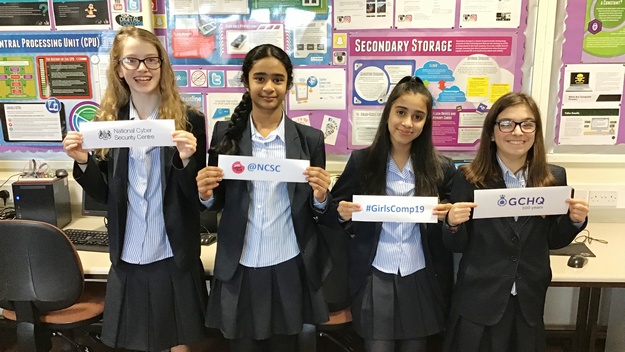 Achieving a top ten place qualified them for the grand final in Edinburgh. 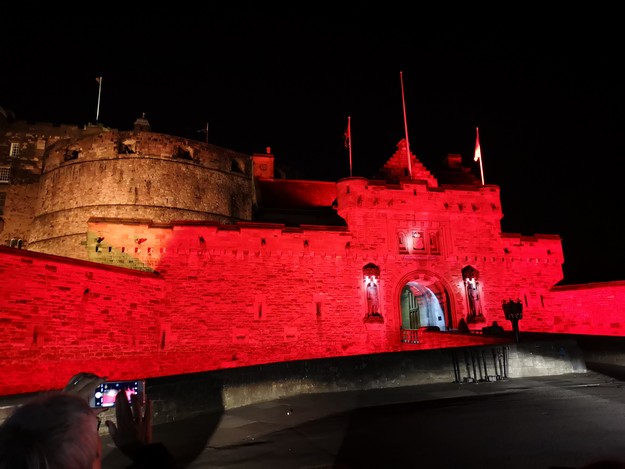 The team travelled to Edinburgh on 24th March, where they attended an amazing evening reception at Edinburgh Castle as guests of the Scottish First Minister.

The final part of the competition began the next day and the finalists from the ten competing schools were given the roles of ‘cybersecurity professionals’ investigating a security breach. A series of tasks lay ahead, with bonus Easter egg challenges to complete too. 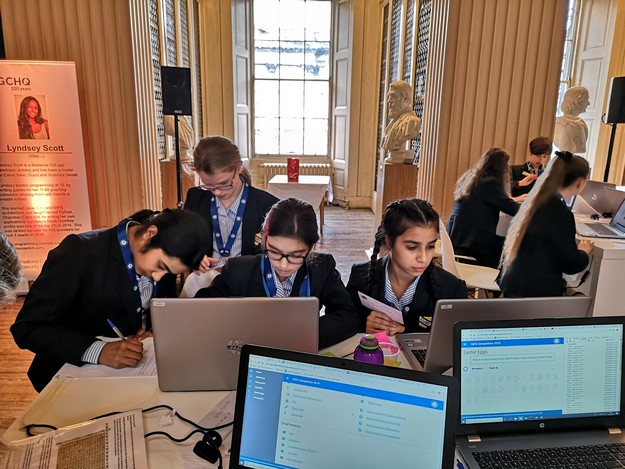 The Withington team soon rose to first position on the leader board and remained there throughout the day. Only just beaten in the final stages, they were awarded third place – a superb achievement! 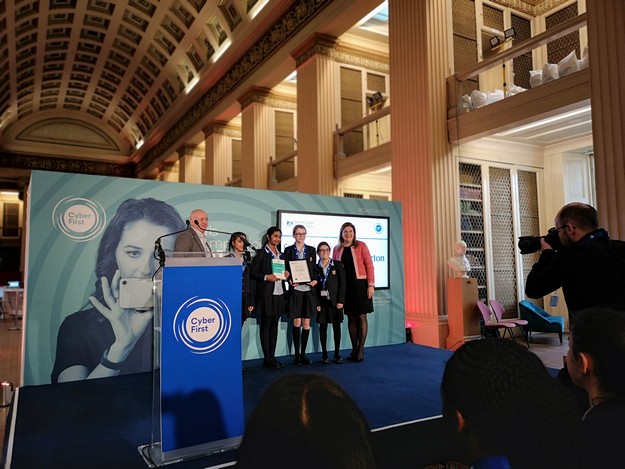 A BBC Newsround camera crew followed their progress and they were featured on Newsround a couple of days later. 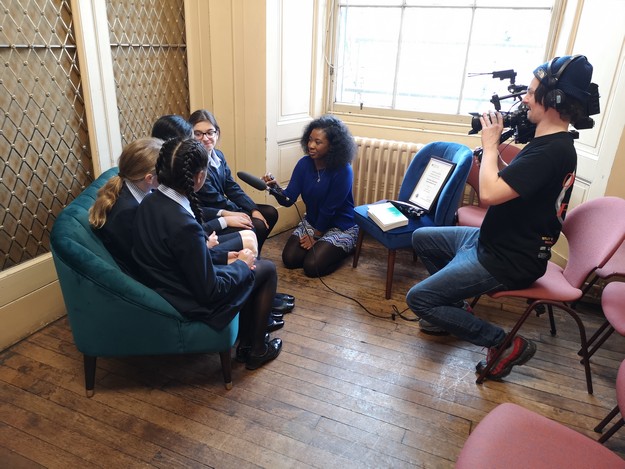 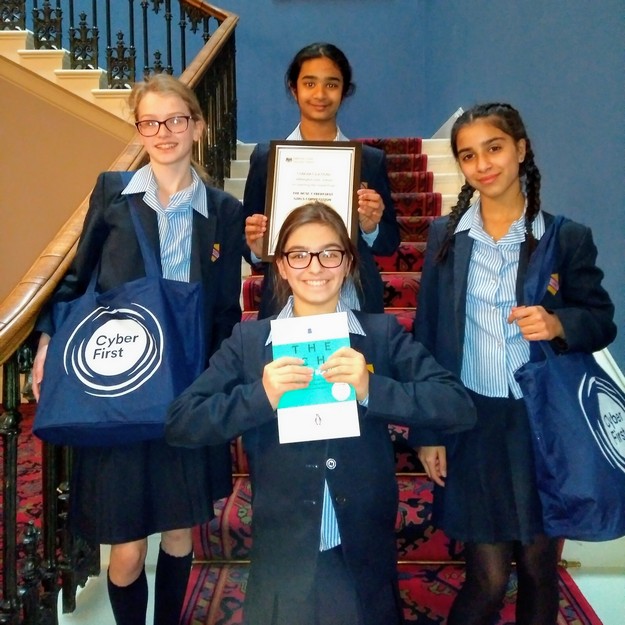 Many congratulations go to Daisy, Lily, Anisha and Janani. And that is not the end – the team have also been invited to Windsor Castle as guests of the Duke of York!