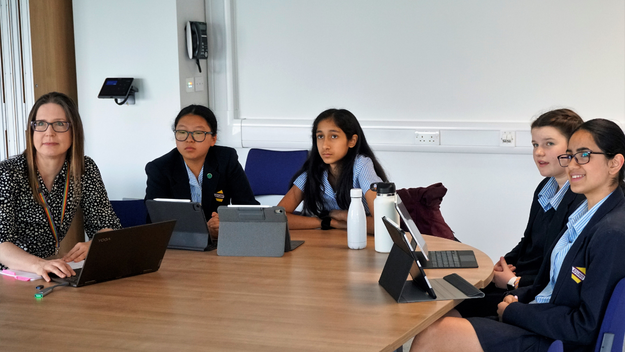 It was a privilege for Withington pupils to be able to contribute to the #BeeWell research project, which measures young people’s wellbeing on an annual basis and aims to bring about positive change in Greater Manchester’s communities as a result.

In one of 10 online dialogue sessions held across Greater Manchester, Year 8 pupils Evie Jiang, Tia Patel, Sophie Ryles-Dean and Dhaani Singh came into school during the school summer holiday to share their ideas with key decision makers on ways in which issues for young people such as loneliness and discrimination could be addressed.

Participating from Manchester City Council were Paul Marshall, Strategic Director of Children and Education Services and Amanda Corcoran, the Director of Education. We were also pleased to be sharing ideas with another @GMBeeWell partner school, Burnage Academy for Boys. The #BeeWell dialogue sessions are organised by The Politics Project.

Year 8s at each participating school were given the opportunity to discuss the data from the #BeeWell survey and develop responses to particular themes to emerge from the survey, particularly in relation to their own school’s findings.

One of the participating pupils commented, “It was good to be able to share our views on big issues and hear those of other people, as we don’t often have this opportunity as young people”, while another said, “It’s amazing to know that changes across a city as big as Manchester could be made as a result of our suggestions and ideas”.

The pupils appreciated the involvement of another school in the dialogue session and felt that the input from so many different schools across the region would provide a more balanced view to decision makers.

Withington’s Deputy Head, Ms Jen Baylis, commented: “We’re so proud of our young people for their ability to engage both critically and at a human and emotional level on complex issues, and that they were happy to offer their time to such an important project.

“Thank you to #BeeWell and The Politics Project for the opportunity and we look forward to continuing to participate in this ongoing research project to improve the lives of young people in Greater Manchester.” 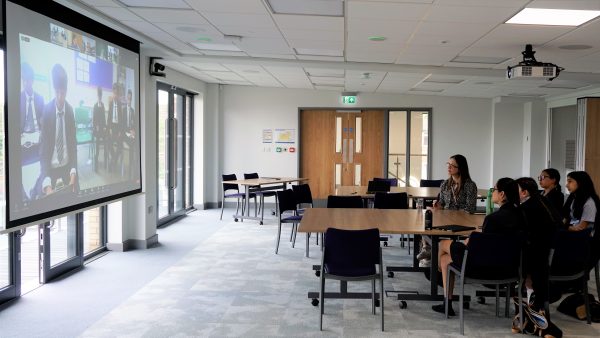