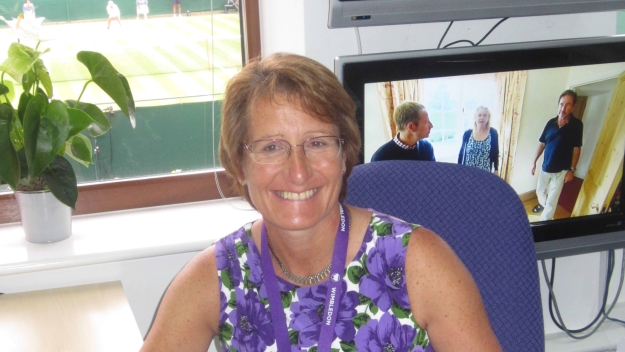 Denise Parnell (Class of 1979) is an alumna who is truly breaking through the glass ceiling in her chosen field. Denise was awarded the accolade of Referee of the Year by the Association of British Tennis Officials and the LTA for 2021.

She is currently the number 2 in the Referee’s team at the Wimbledon Tennis Championships. This meant that in 2021 she was in charge of the Qualifying Tournament and in charge of No1 Court during the Championships. She is still one of just a few female referees working at ATP (Association of Tennis Professionals) events. 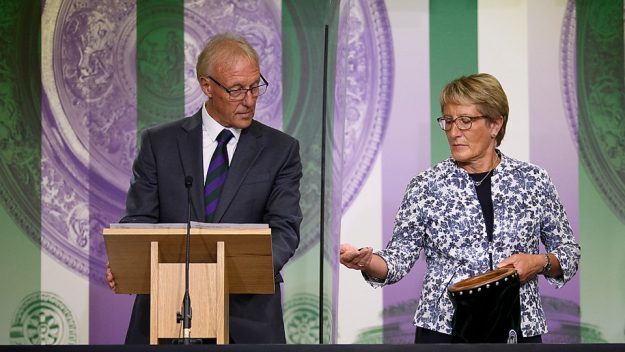 In 2021 she was appointed Referee of the pre-Wimbledon event at the Queen’s Club – the Cinch Championships. This was the first time that a woman had been appointed as Referee of a Men’s Professional Tour event anywhere in the world.

After Withington, Denise embarked on a career as a professional tennis player, winning the British Under 21 title in 1981. She has played for and captained England on several occasions and played on the professional tennis circuit for ten years, including Wimbledon in 1986 which she describes as ‘a dream come true’. Little did she know then the large part that the All England Club would play in her life in the future.

Retiring from playing professionally in 1990, she started along the long road of climbing the professional referee ladder, gaining the necessary qualifications and reputation needed to be able to work professionally as a tennis referee. The referee is the person with overall responsibility of a tournament, as opposed to the person sitting up an umpire’s chair on court.

In 2006 Denise gained the highest qualification awarded by the ITF (International Tennis Federation), that of Gold Badge Referee, a position currently held by only 13 women out of 60 Gold Badge Holders. The same year she was approached by the All England Club to become Assistant Referee at the Wimbledon Championships as 4th position in the Referee’s team,

During her career she has officiated at the Olympic Games in Athens and, since the year 2000, has been designated as Referee of a variety of international events in 43 different countries. 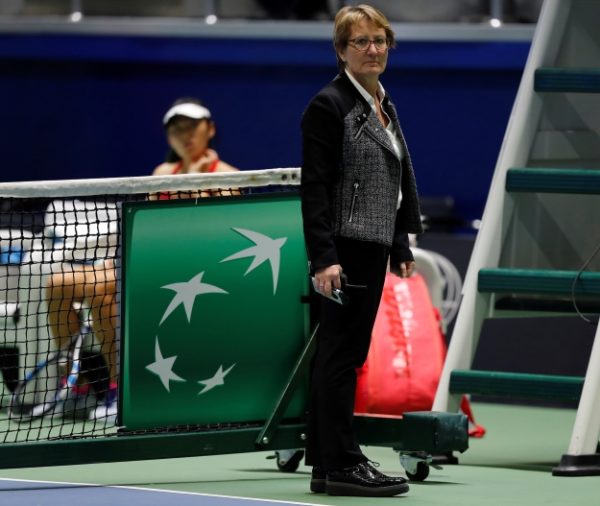 Denise at the Federation Cup

As a referee she is responsible for all aspects of a tournament, including the conduct of players, coaches and spectators and for the draw. The referee is also the final authority on all questions of tennis law and the sole authority on the suspension of play due to weather and other concerns.

Denise is also the selector and trainer for over 100 data entry personnel responsible for all the scores and statistics which appear on TV screens at Wimbledon every year.

In addition to her officiating, Denise also runs her own consultancy business, working with two high-tech companies who provide scores and statistics and advanced TV graphics.

We’re extremely proud to count Denise as a Withington alumna.