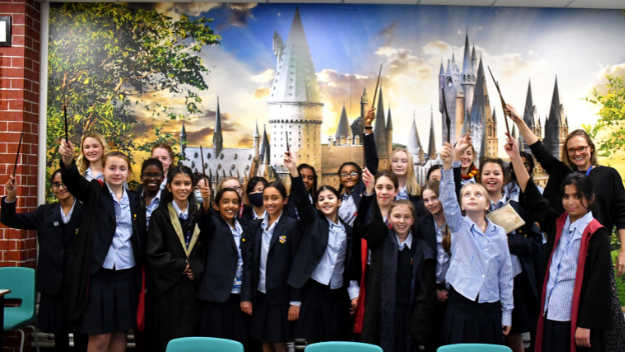 New to the extra-curricular timetable this year and growing in popularity, Harry Potter Club was launched by our new Head of English, Mrs Suttle. Every Thursday at second lunch, Third Form, Lower and Upper Fourth pupils have the opportunity to come together to share in their enjoyment of Harry Potter, meeting in the Room of Requirement, a perfect setting.

Upper Fourth pupils Sanjana, Emily, Clara and Laura work in tandem with Mrs Suttle to deliver a range of captivating and spellbinding activities each week. These include learning the Latin behind the spells and creating their own, designing new fantastic beasts and testing their Harry Potter knowledge with quizzes. A favourite activity is duelling which is always met with great excitement. Girls dress in their house gowns, bow to their opponent and, with wands poised and ready, await the signal, Hedwig, from Mrs Suttle to start their challenge. 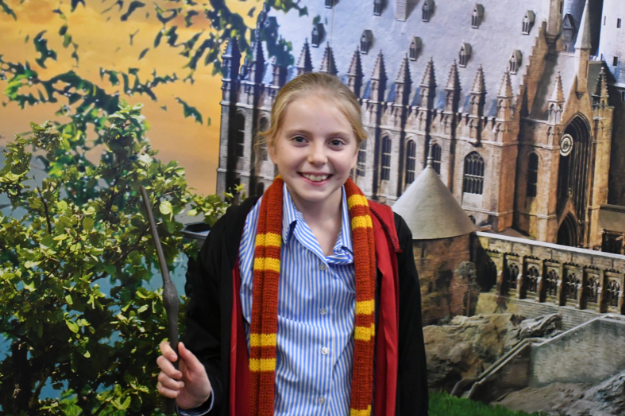 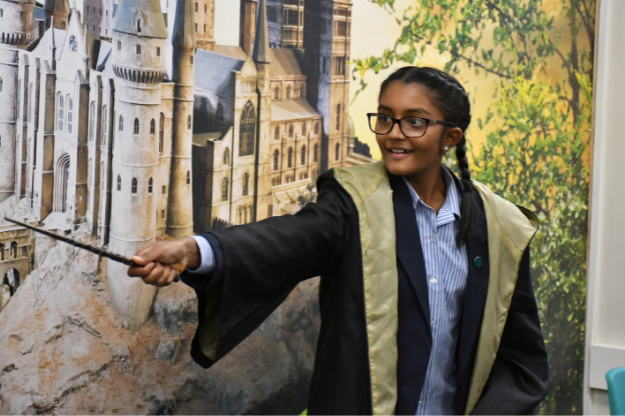 Through a Sorting Hat Quiz devised by Mrs Suttle, and in consultation with the Hogwarts House Prefects, the girls were divided into the Houses of Gryffindor, Hufflepuff, Ravenclaw and Slytherin. Mrs Suttle explained: “The questions are scenario based and so try to establish an aspiring witch’s character. For example: You see your friend duelling with another witch in the corridor, what do you do? Houses compete for the excitement of gaining points for the house and for the pride that comes with doing well. Withington’s own version of Hogwarts, much like Withington itself, sees learning as its own reward.” Laura has even coded a website to keep a record of house points throughout the year and, as of 16th December, Gryffindor is in the lead with 56 points.

The pursuits of Harry Potter Club extend beyond the walls of Withington, as a cohort of 27 pupils visited the Forbidden Forest Experience at Arley Hall and Gardens, a night-time woodland trail experience filled with magical creatures and wizarding wonders. Mrs Suttle said: “The trip was absolutely magical. We saw a unicorn, some centaurs, summoned our patronus, watched Harry fight dementors and survived Aragog’s lair. The girls were wonderful, and it was so lovely to see their shock and excitement at the various magical things we saw. I was proud of all of them and can’t wait for the overnight trip to the studios in March!”

On their trip to the Forbidden Forest Experience pupils reflected:

“I felt like I was in the Harry Potter movies!”

“Best trip ever! I loved this trip!”

“I loved the Harry Potter trip! It was like seeing my imagination come to life!”

“I really enjoyed the trip and my favourite bit was where we got to see the Aragog and the spiders were falling from the ceiling.” 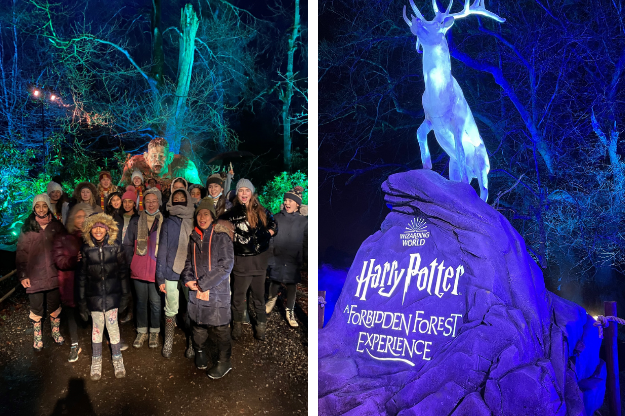 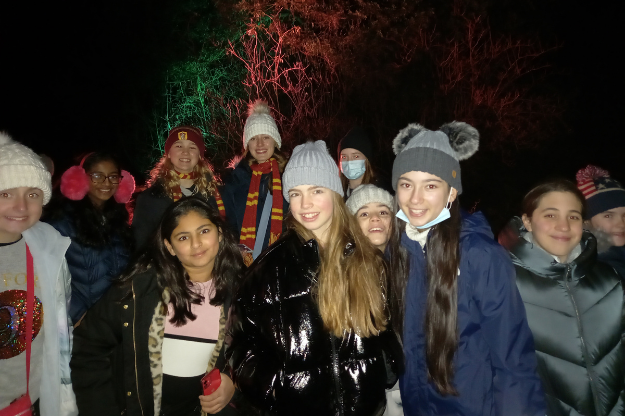 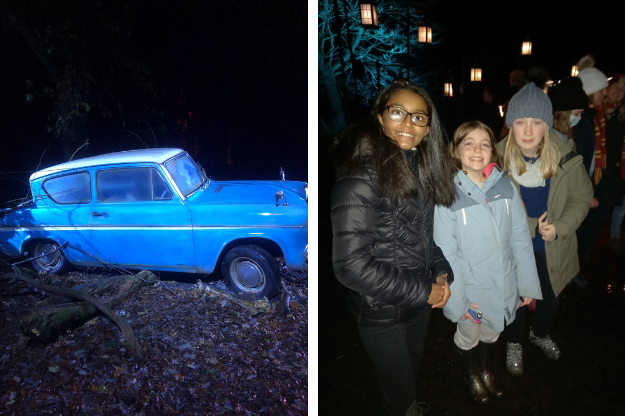 The next trip is scheduled for the Harry Potter Studios with a stop in Stratford-upon-Avon to take in more literary examples of magic in Shakespeare’s birthplace.