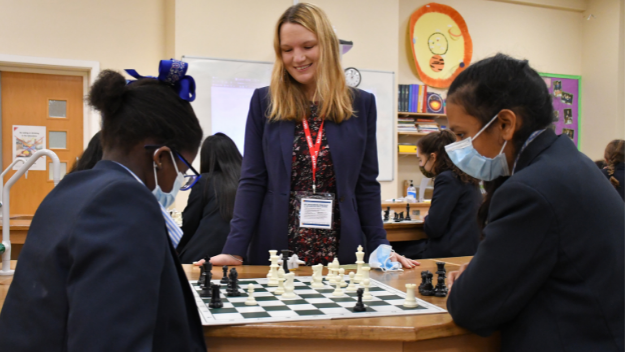 We were delighted to welcome Sarah Longson (née Hegarty) to Withington to lead our Chess Club for a special workshop. Beginning playing chess at age seven, Sarah has competed at both national and international level and won the British Ladies Championship in 2013.

Sarah now focuses on teaching and coaching, and many of her students have won national and European championships. Sarah’s session sought both to inspire Withington pupils to play chess and teach skills and tactics through practical play. She began with an exploration into different ways to open a game of chess and what her moves would be before depicting several checkmate situations and asking pupils how they would respond. Attendees played one another with instruction and advice from Sarah as she moved around the room.

The workshop was attended by both pupils and staff alike with experienced and new players joining the session. The enjoyment is reflected in the comments below:

“Everyone who came to Chess Club was amazed and fascinated with Sarah’s talent and passion and she inspired us all. Many chess skills and tactics were taught and the session was greatly enjoyed by all.” – Nabeeha, Year 7

“Sarah is so inspirational as she is a former Ladies Chess Champion. I loved her class and she taught me a lot. I can’t wait to play more chess!” – Jasmin, Year 8

“I felt inspired and excited to play chess because we had a huge international player coming to school.” – Genevieve, Year 7

“Sarah Longson’s visit to Chess Club was an informative session, she walked us through a couple of famous scenarios and clearly explained why each move was the most preferable. I really enjoyed having such an interactive session with such a skilled player. Especially, at the end when we played some games and Mrs Longson spoke to us about how her next move and what ours would be. It was a great opportunity and a really exciting experience. Also, thank you so much Mrs Kochhar for organising the session.” – Sama, Year 10

Chess Club meet each Monday at second lunch and is open to all year groups in the Senior School. 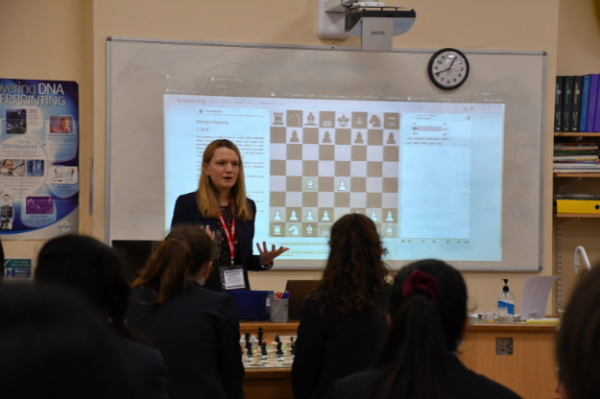 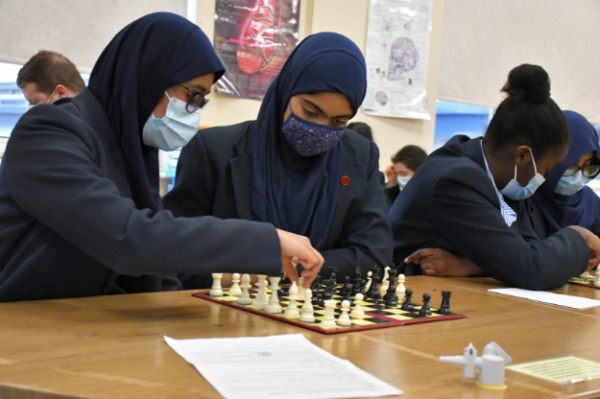 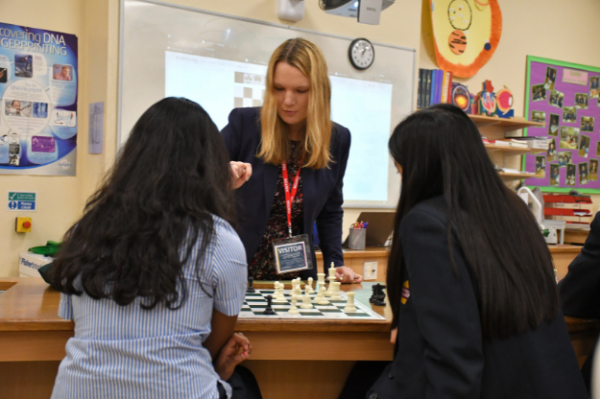 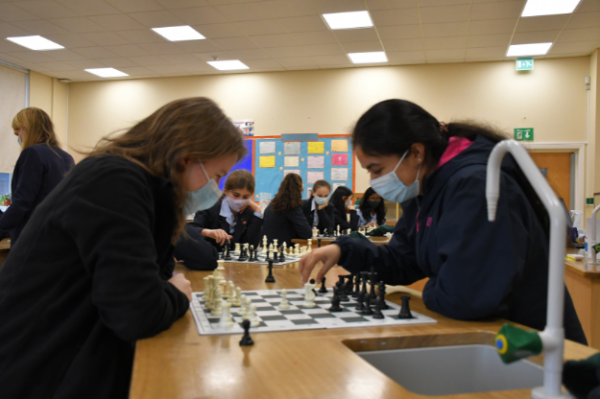 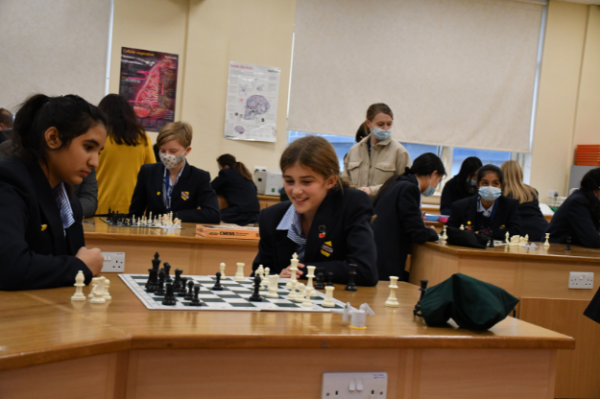