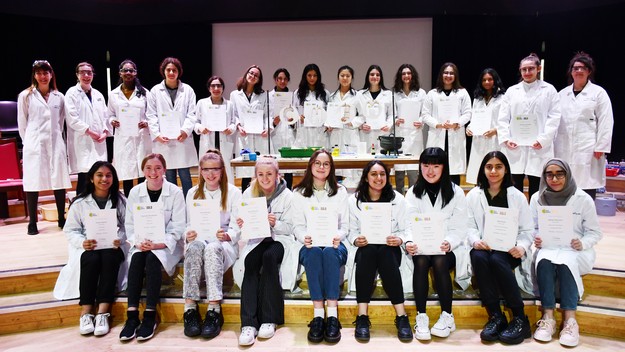 To celebrate the presentation of their Gold Crest Awards in Assembly on 16th March, our three groups of Year 13 Chemistry Communicators gave a spectacular Chemistry show to the whole Senior School. 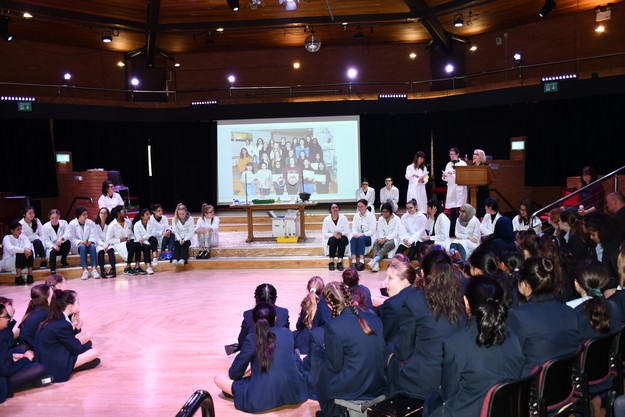 They reprised the performances they gave for pupils from local primary schools last year and also shared some of the letters sent from children who had been in their audiences and enjoyed their Chemistry theatricals:

“If I had the chance to come again, I would”

“I had such an inspiring time”

“ I want to study Chemistry in high school, I thought you were Einstein in disguise”

At the end, the Gold Crest Award certificates they had earned were presented by Mrs Haslam and Dr Vilela. Well done to all of these young Chemistry enthusiasts who have transmitted their passion for learning to so many younger school pupils and for not only their entertaining ‘live’ presentation but also the very engaging and amusing film which ran on the big screen as everyone was taking their seats. 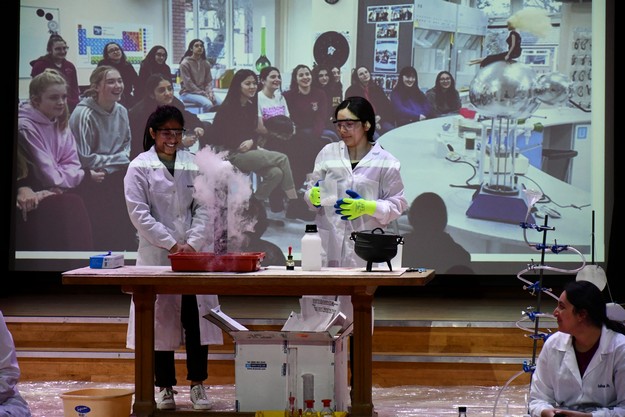 * Chemistry Communicators is a national scheme supported by the Royal Society of Chemistry from which a Gold CREST award can be earned. The intention is to encourage Chemistry enthusiasts to develop their science communication skills by working in teams to present a Chemistry-based workshop or show to an audience of younger children. 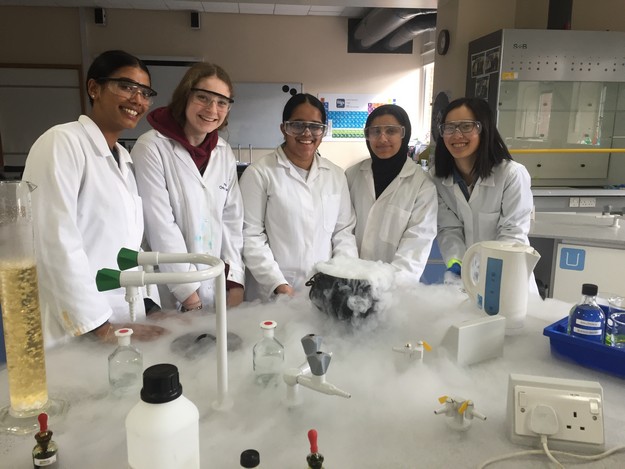 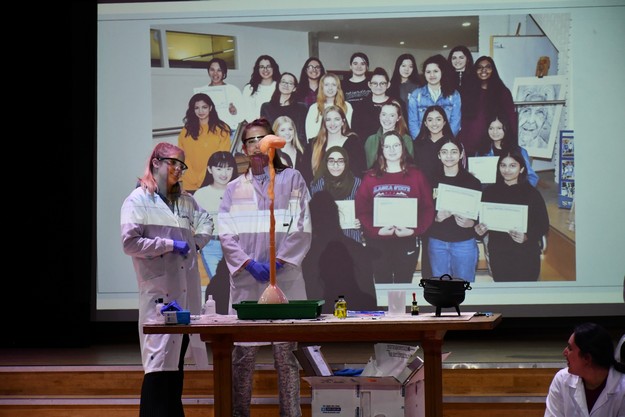 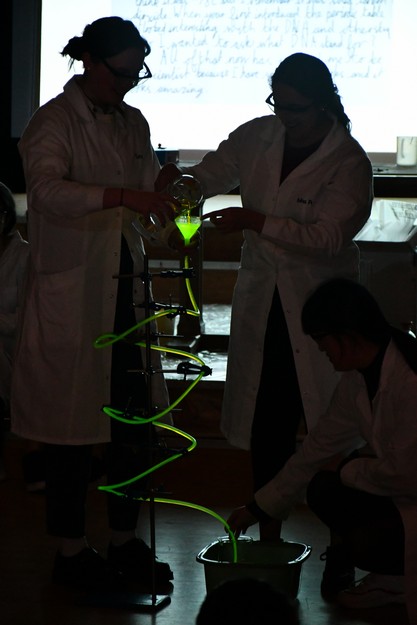