Withington is North West Independent Secondary School of the Year 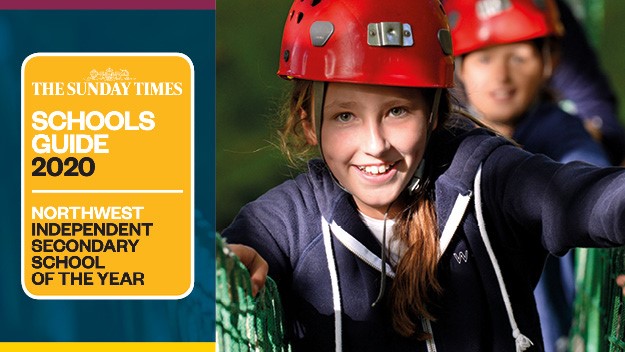 Withington Girls’ School has been named North West Independent Secondary School of the Year 2020 by The Sunday Times, a wonderful and much-appreciated tribute to the talents, efforts and commitment of our pupils and staff.

In the award citation Alastair McCall, editor of The Sunday Times Schools Guide, explained why Withington was selected as the North West’s top school in this category:

“Withington Girls’ regains its position in the elite top 25 independent schools in the UK this year following a summer of outstanding success in public examinations. For so long Manchester’s premier all-girls independent school, its pupils progress to all the leading universities and academic standards are high.

“Girls contribute widely to school life and make Withington anything but an examination factory, however. While excellence is the norm here, it is fostered in all aspects of school life, equipping the girls to make an impact once they leave and take on the wider challenges presented by life beyond the school gates.”

Headmistress, Sarah Haslam, is delighted to see Withington recognised with this prestigious award: “It reflects not only the consistently outstanding academic achievements of our pupils, which are sustained year on year, but also the wider life of the school, which sees pupils flourish and thrive both within and beyond the classroom through their extra-curricular activities, community spirit and their engagement with the world around them.

“We are all thrilled that the very special qualities of Withington and the dedication, care and passion of the pupils, staff, parents, governors and trustees have been recognised by The Sunday Times in this way.” 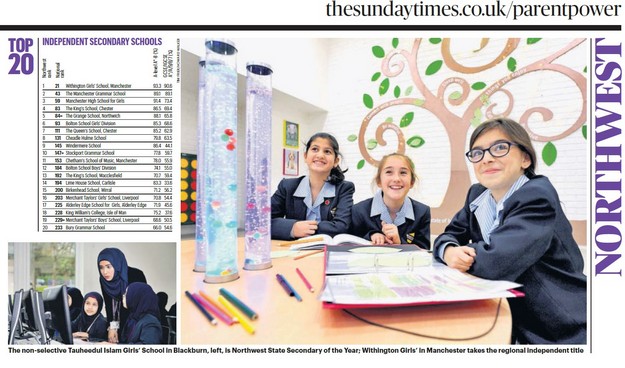 The Parent Power guide to the best independent secondary schools was published in The Sunday Times and Withington was ranked 21st nationwide and No 1 in our region. A well-deserved reflection of all the hard work and dedication of our pupils and staff. 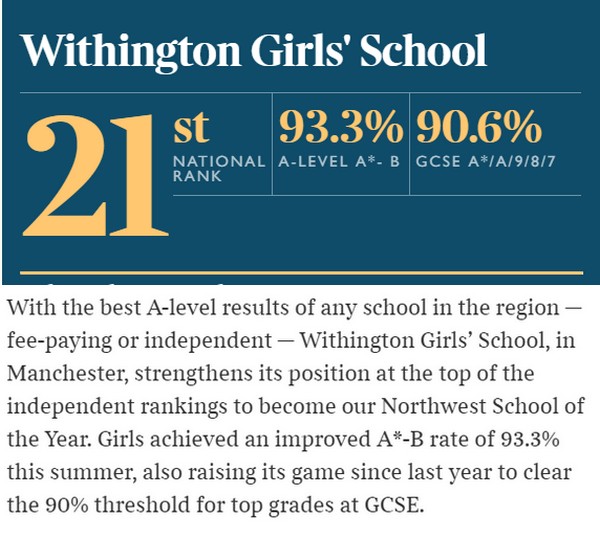