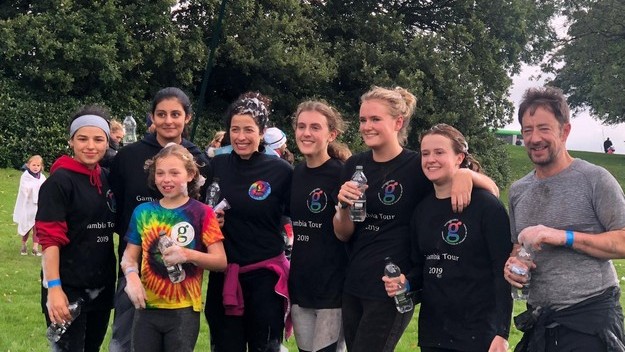 Funds are building up for The Gambia 2019 Expedition! Here are a few ways the team have built up funds for the nursery school and other projects supported by the WithGambia charity. The group signed up for the expedition whilst in Year 11 and will make the journey this year, in Year 12.

Brontë says: “The garden party had to be turned into an afternoon tea (indoors) due to bad weather. However, this did not dampen anyone’s spirits and the event ran very successfully. We ran a tombola and a raffle and provided afternoon tea for all the guests. I said a few words outlining what we would be doing in The Gambia and thanking all the guests for supporting us. We raised £423, but then a kind guest decided to then raise the total to £500! Many thanks to Sale Methodist church for running the event for our cause.”

The Promises Auction was a joint event organised by The Gambia and Uganda teams, held on 19th September. It was a fun evening supported by over 40 parents who enjoyed refreshments and bid competitively for some amazing prizes including Disney on Ice tickets, Manchester United tickets, Manchester City and United signed shirts, hospitality, special spa treatments, restaurant vouchers and much more. It was a hugely successful night and raised over £4,000 to be split between the two charities.

Gambia Team member Sanaya writes: On 8th October, myself and Miss Browning attended a meeting of the Worsley Rotary Club on behalf of The Gambia team. Rotary International is a service organisation whose stated purpose is to bring together business and professional leaders in order to provide humanitarian service and to advance goodwill and peace around the world. During the meeting we both presented about the trip to the Rotary Club members, talking about how the project in The Gambia began, our aims for the trip this year and the various fundraising events that have taken place in the past year. Our presentation seemed to spark great interest among the members as the time spent answering questions was longer than the time spent delivering the presentation and the feedback received following the presentation was phenomenal! The club then donated £200 towards the WithGambia charity, a generous gesture much appreciated by the whole team. 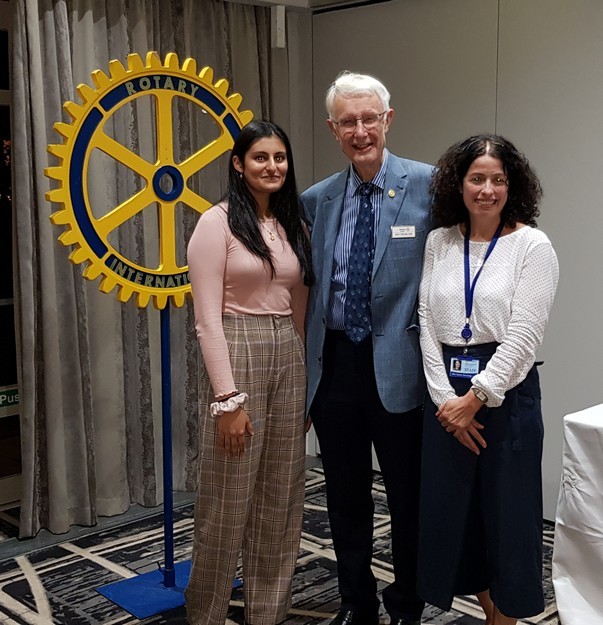 Two former Withington parents were also at the meeting: Mr Roy Trevelyan, the Club’s International Committee representative, whose daughter Nicola [1988 leaver] is now a consultant paediatrician, and Mr Tony Clayson, President of Worsley Rotary Club and the father of Laura Clayson [2011 leaver] who was part of The Gambia trip in 2010. Mr Clayson is an Orthopaedic Surgeon who visited WGS a few years ago to talk to girls who were part of the World Challenge Kilimanjaro team about the impact of altitude on the respiratory system.

‘KAPOW!’ RUN FOR THE GAMBIA 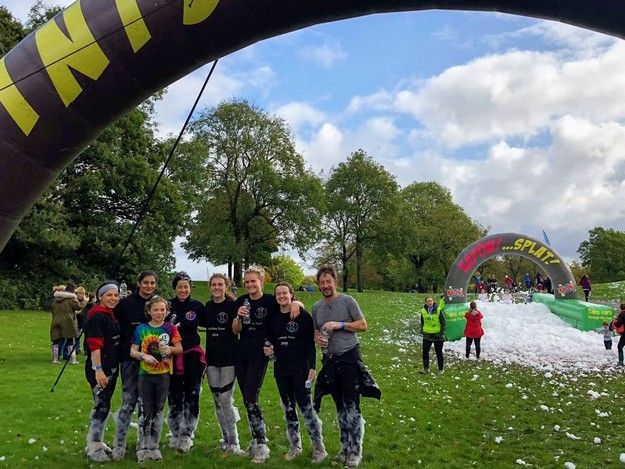 Cody, another Gambia 2019 team member, organised for the team to take part in a sponsored inflatable obstacle course called ‘Kapow!’ at Heaton Park.

Cody writes: “On Sunday, 6th October, several members of this year’s Gambia team took part in the Kapow! obstacle course at Heaton Park in order to help raise enough money to fund essential resources for the Mama Tamba Nursery School in The Gambia. These girls not only ran the 5km distance but also tackled many obstacles along the way and, despite the muddy conditions, a great time was had by all. Our youngest Gambia team member Lola Bianchi, 9 years old, raised £100. The total raised was £1,100”