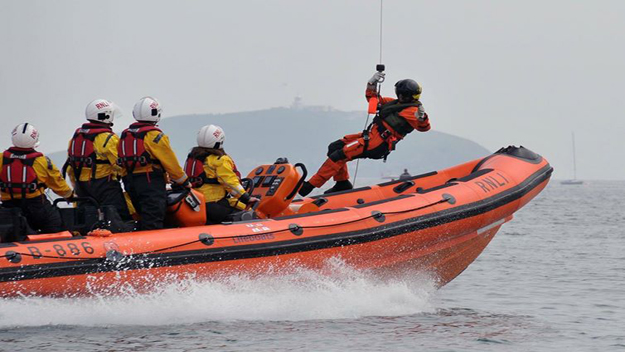 Congratulations to Elissa Thursfield née Bowell (Class of 2008) for becoming Gwynedd RNLI station first female helmsman in its 150 year history and she has just been awarded Rising Star of the Year at the Welsh Legal Awards!

Solicitor Elissa Thursfield has been appointed to the top job at the station in Abersoch, and according to the local newspaper Elissa said “I have always been quite a competitive person and I always try to be the best at what I am doing, so applying for this felt like the next natural step to do. I am really proud of my achievement, it feels surreal!” Elissa contacted us previously, 2018 to share news about her career as a lawyer and recently making partner at her firm, Gamlins Law. She was awarded Law Society Junior Lawyer of the Year 2016 and in 2015, she was deployed to Cumbria for four days to help combat the flooding in the area and to rescue locals from the rising waters, which she describes as the most challenging thing she’s ever done. As RNLI crew member for 14 years, Elissa trained and had to sit coxswain exams to become the first female helm for the station. Elissa passed the examination with flying colours, and will now be in command of the Atlantic 85 lifeboat at Abersoch RNLI lifeboat station. She will also be responsible for safeguarding and rescuing those in danger at sea, as well as managing the welfare of her crew members and the boat.

The featured photo is Elissa taking the helm for helicopter rescue training.

The photo below is c/o 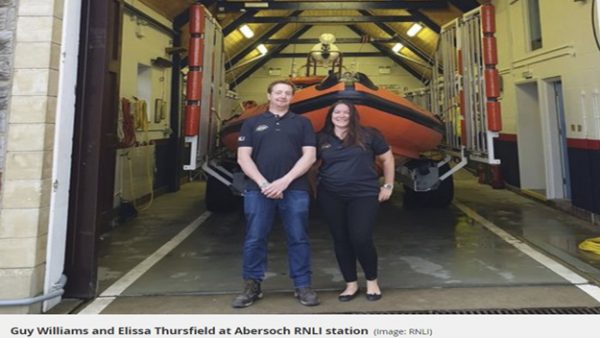