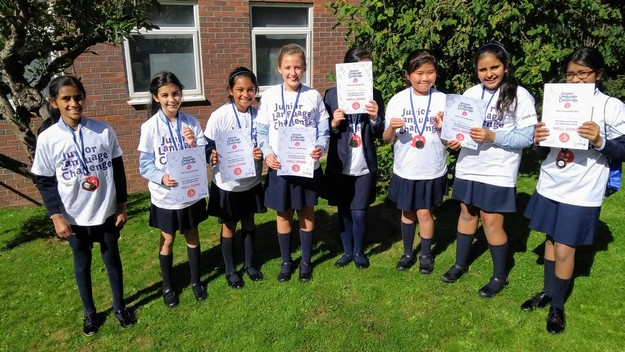 Eight girls from the Junior School took part in the Junior Language Challenge North Western semi-final in the first weeks of term. To qualify, they had been learning Spanish online and then, to prepare for the semi-final, they spent some of their summer learning some Khmer (official language of Cambodia). In a tense competition, playing online games against the clock, four girls in the group made the top ten to qualify for the final round. The competition involved 3000 children from across the region and WGS was the most represented school both in the semi-final and in the final round. Huge credit to all the girls for getting so far in the competition!