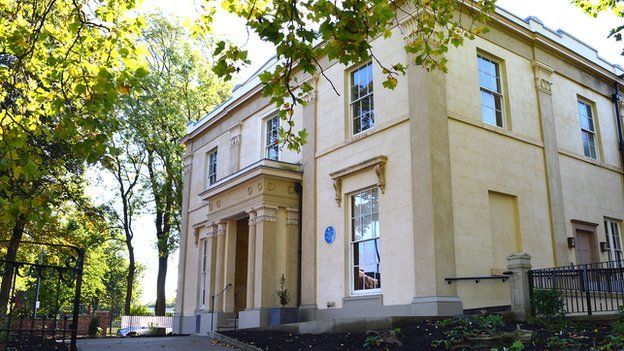 Monica Hastings (née Burton, Class of 1964) and former Head of Transition has asked the Development Team and Archivist, Hannah Brown, to highlight a special open day at The Elizabeth Gaskell House, Manchester, on 3rd June 2018. Monica has recently discovered a source of great interest which links a love of literature with both Withington and The Elizabeth Gaskell House. She says, “I remember reading Cranford with Miss Boucher in, I think, Upper 4; then later our elder daughter studied North and South with Miss de la Portas for A Level. Now I discover that there is a link between our founder and first Chairman of Governors, Adolphus William Ward and the Gaskell family. Elizabeth Gaskell and her family were living on Plymouth Grove from 1850, forty years before the founding of Withington Girls’ School. Indeed, one of the daughters Meta was very involved with the foundation of Manchester High in the 1870s.”

Dr Adolphus William Ward was present at the very first meeting of our founding members in 1889 and became our first Chairman of Governors. He was an English historian and academic and held the position of Vice-Chancellor at Manchester University between 1887-1891 and then 1895-1897. Adolphus Ward’s major work was to initiate the transformation of Owens College, of which he was principal within the University of Manchester. He first came to Owens College as professor of both history and English literature. In the latter field he took over from Elizabeth Gaskell’s husband, who had lectured there part-time in addition to his day job as minister of Cross Street Unitarian Chapel.

Adolphus Ward had many connections with the family of Elizabeth and William Gaskell who, from 1850, lived at 84 Plymouth Grove, near the university, and kept in touch with the family even after he left Manchester to become master of Peterhouse, Cambridge.

Elizabeth gave a copy of Cranford to her friend Elizabeth Shuttleworth, but it must have come back to the family because in 1908 Meta, second daughter of the Gaskells, gave it to Adolphus Ward. It remained in his library but recently came onto the market and was bought by the Gaskell Society and will be exhibited at Elizabeth Gaskell House. In later life, Ward edited the complete works of Elizabeth Gaskell for the Knutsford edition and this remained standard until recently. His biography of Elizabeth in this edition was the first biography to be published of her. 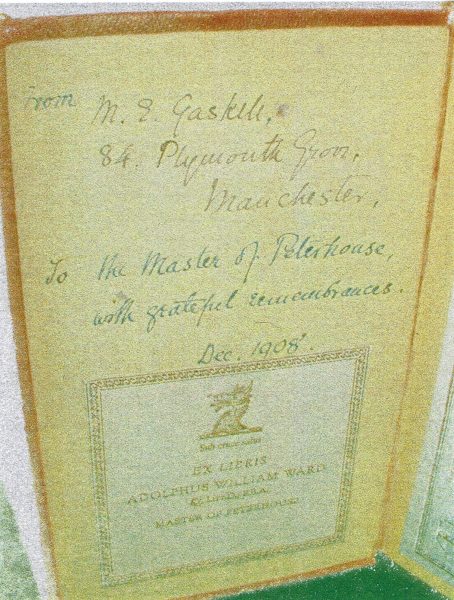 Monica has asked for a copy of this book to be on display during the open day on 3rd June for those interested to see it in further detail. Please contact The Elizabeth Gaskell House for further details.