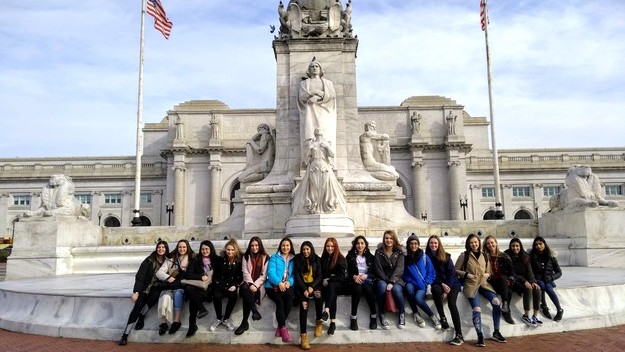 Sixteen girls participated in the North American Invitational Model United Nations conference, NAIMUN LV, during February Half Term. This is the daily blog of their experience at the longest-running and largest MUN gathering on the planet. The most recent post will be at the top of the page.

Representing a variety of different states and issues, this conference was a big challenge for the girls as it is organised in a completely different way to those in the UK and there are 3,500 participants.

We had an excellent last day at the conference, really enjoying the buzz of the massive conference hall at the closing ceremony.  WGS delegates had got the chance to be heard and to propose resolutions for debate – no small achievement in amongst 3,500 other participants, many of whom had attended this conference multiple times . We were especially proud that Year 12 pupil Anya received a special mention for achieving 10/10 for her presentation of one of her positioning papers!

The girls agreed that if there had been a prize for best accent they would have been in with a very good chance of winning it! Everyone learned so much about the workings of this conference and no doubt a new Withy team will return in another year, armed with the knowledge gained by the 2018 delegation, and even better prepared to pit their powers of diplomacy in this very competitive arena! 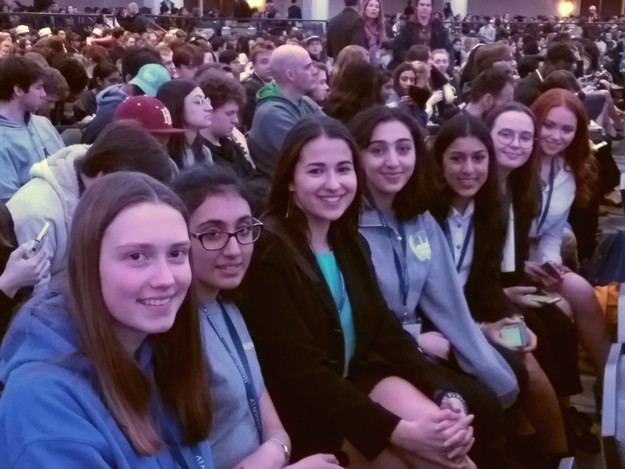 Following on from and interesting talk from Jerome C. Glenn, a CEO of the Millennium Project, we went on to start our 4th committee session of the trip. Having written our draft resolutions during the previous committee sessions, we spent this session debating what had been proposed. A number of these resolutions were passed, which was very pleasing for us, especially in committees of up to 300 people. After a hard day of debating we were then able to enjoy a nice meal in the evening before the start of the delegate dance. The delegate dance was a great experience which allowed us to meet people from all over America and also students from Mexico, Greece and China.

On Friday morning girls took another opportunity to absorb some American history and culture with a visit to the Smithsonian. Members of the Upper Sixth took a trip to the African American History and Culture Museum. Girls were able to take in the breadth of a fascinating section of the USA’s past and present. Afterwards we all returned to Committee for almost eight hours of debate! Resolution writing was well underway, and the girls were able to use their skill in negotiating and diplomacy to the full. Despite the hard work of MUN, many chose to attend the “Hilltop Madness” where they were rewarded with some interesting dances and free ice cream. 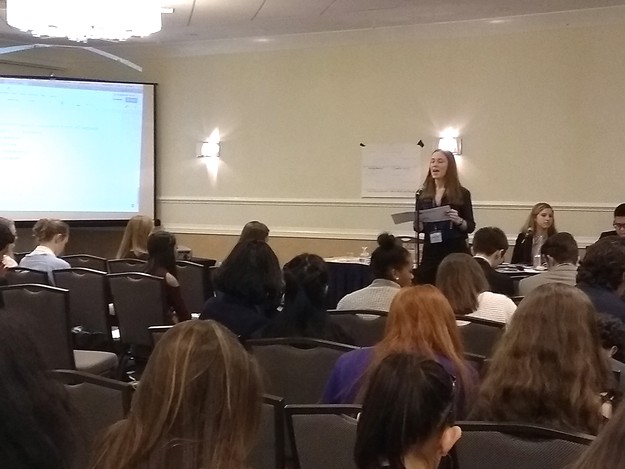 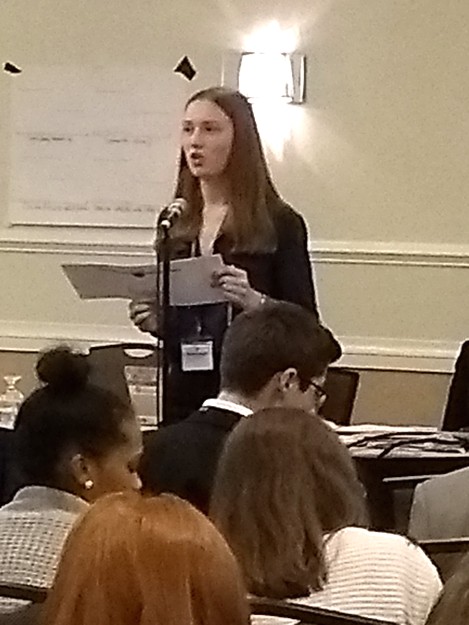 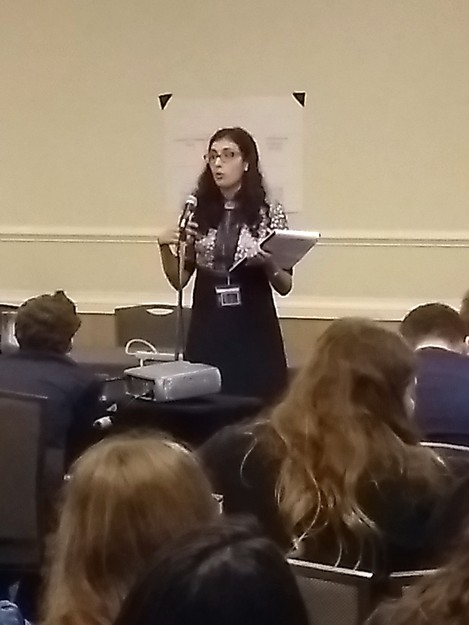 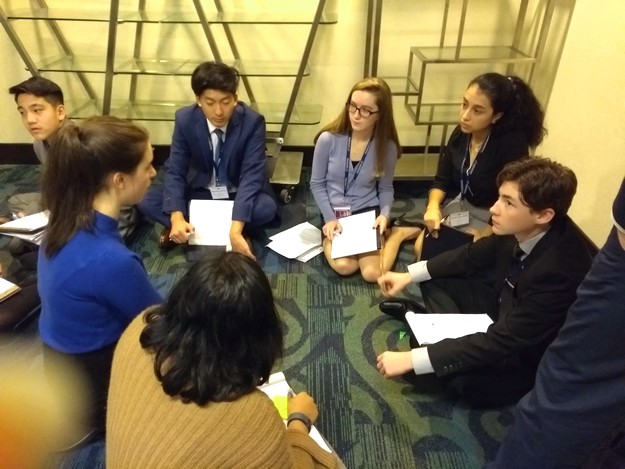 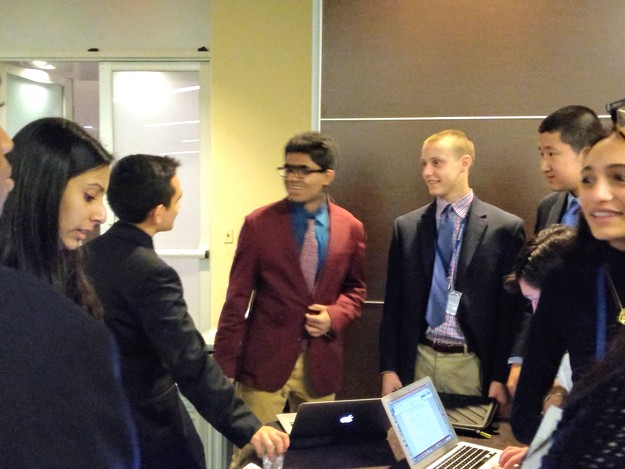 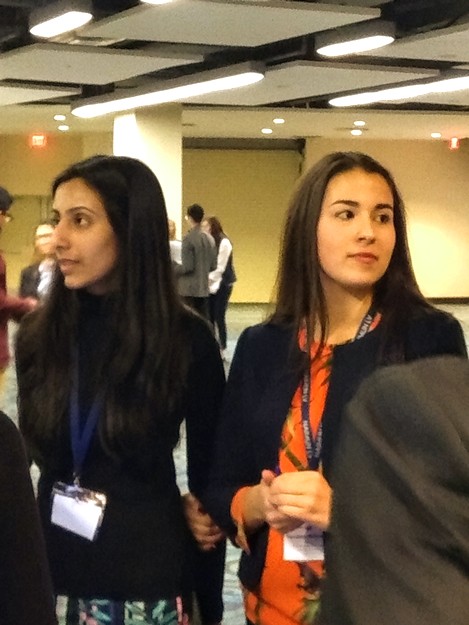 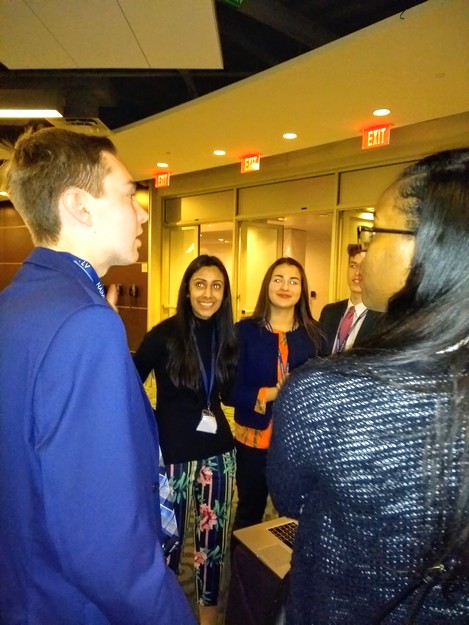 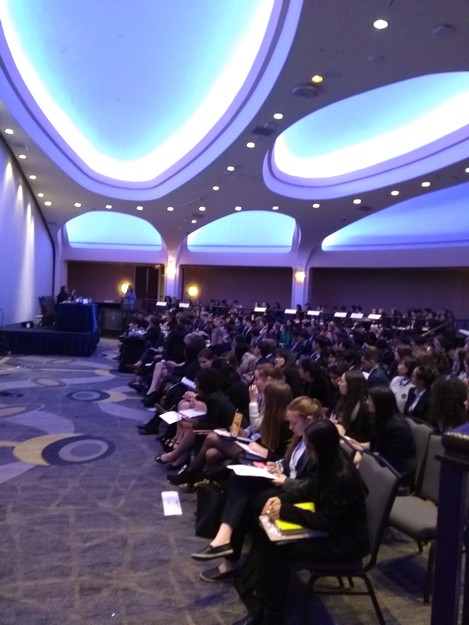 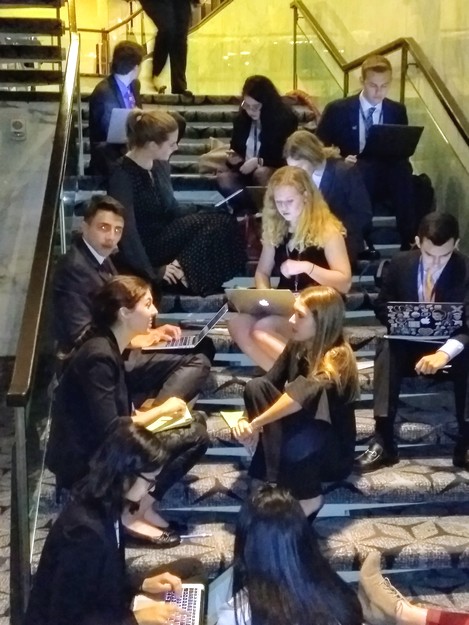 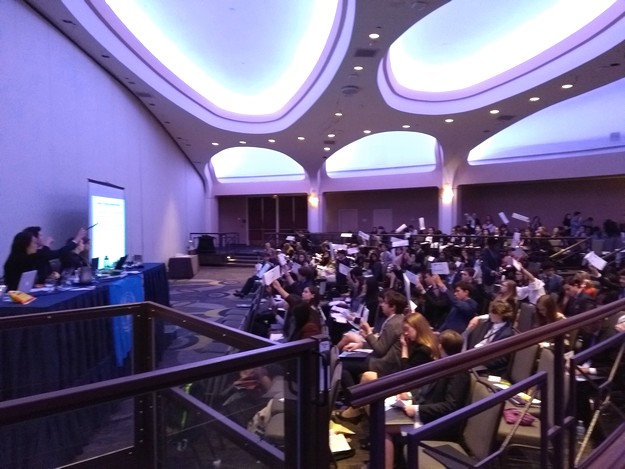 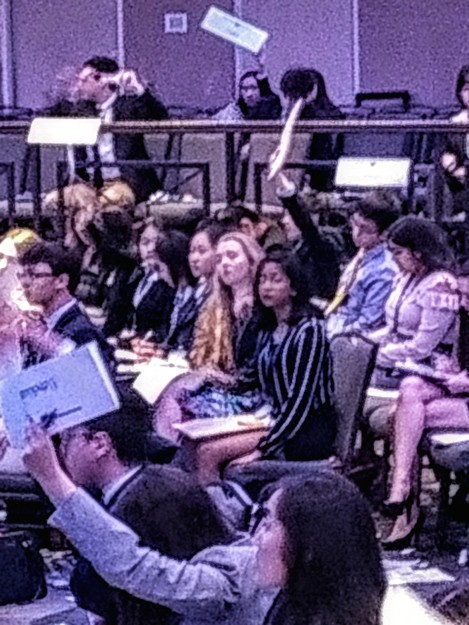 An early start the group set off for the Pentagon. It was a requirement to be in situ an hour before – it was all very military on arrival and once on tour we really did feel like we were joining up! The guide spoke fluently, without taking a breath and whilst walking backwards! He covered all three of the forces as well as the marines (which seems to incorporate all of them) at breakneck speed. We took time to pause at the memorial to the victims of 9/11. That part of the Pentagon was rebuilt in less than a year even though it was scheduled to take three!

Arriving back after lunch we registered and then got all our research organised. The Opening Ceremony began which was very exciting! Straight into committees and our planning over what it all means was put to the test! Still, many Withy girls got the chance to speak and soon started to see how important it was to build blocs and group with similar countries. This was going to be tough! Falling into bed at midnight after a committee which began at 9.30pm the girls realised this was going to test WGS’ resilience to its limits!! But we all believed ‘We CAN do it’! 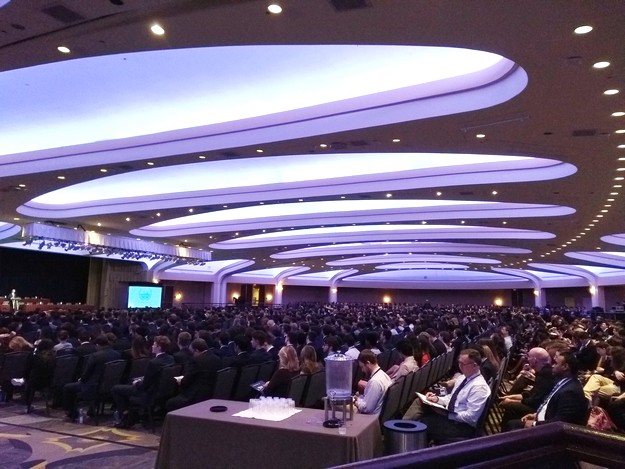 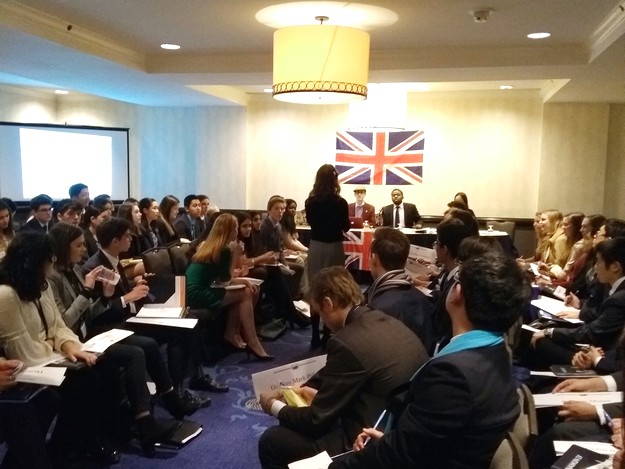 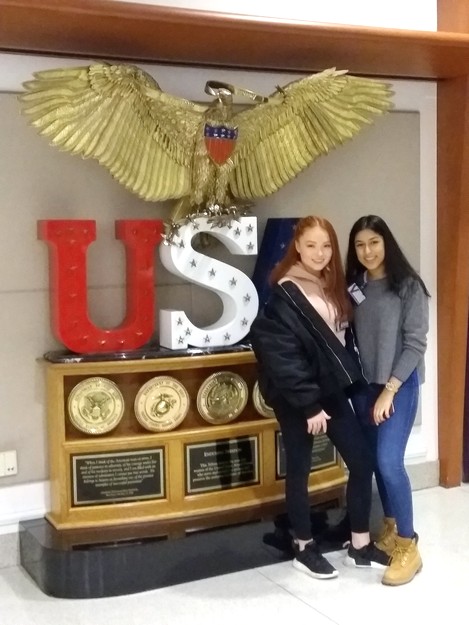 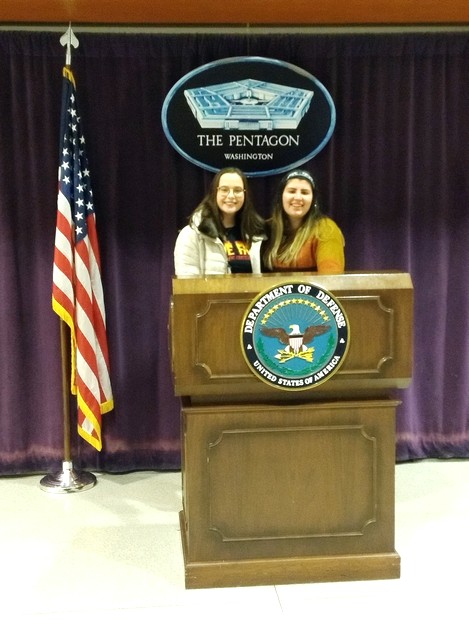 On Wednesday, we visited many of the memorials and monuments scattered around Washington. We went inside the Capitol and then onto the Pentagon, both of which were amazing!  Feeling weary the group still managed a visit to the White House before embarking on the train back to Dupont Circle. Dinner was at a classic burger diner – it HAS to be done!  And bed after a very full day! 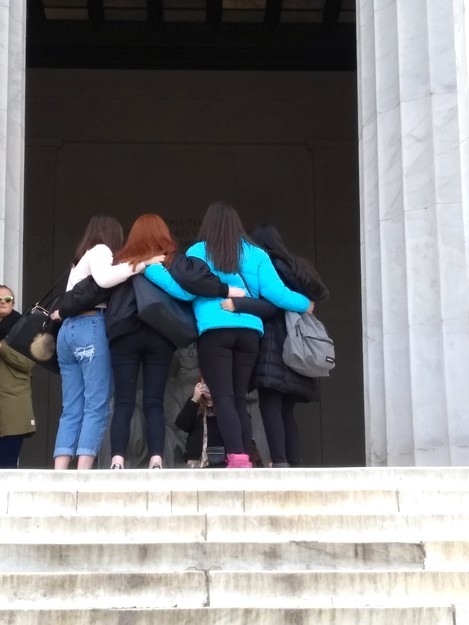 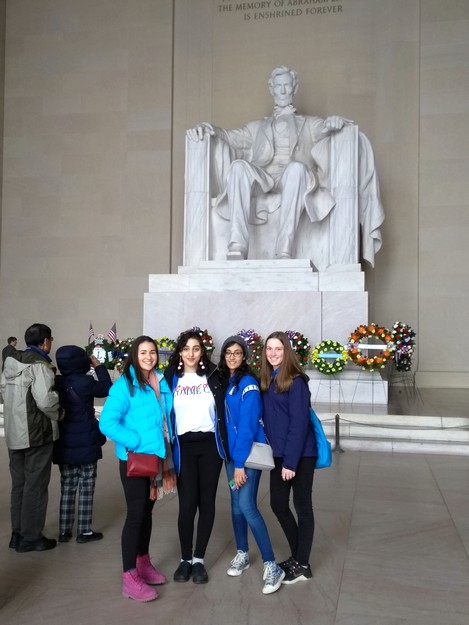 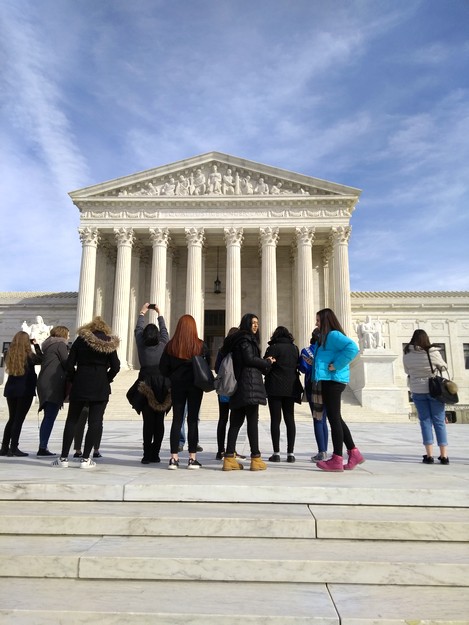 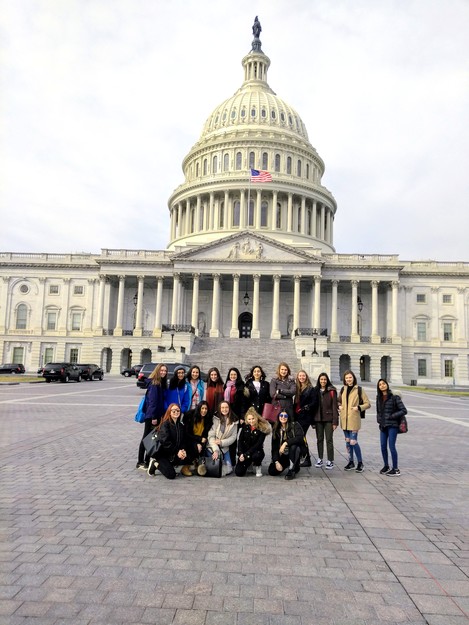 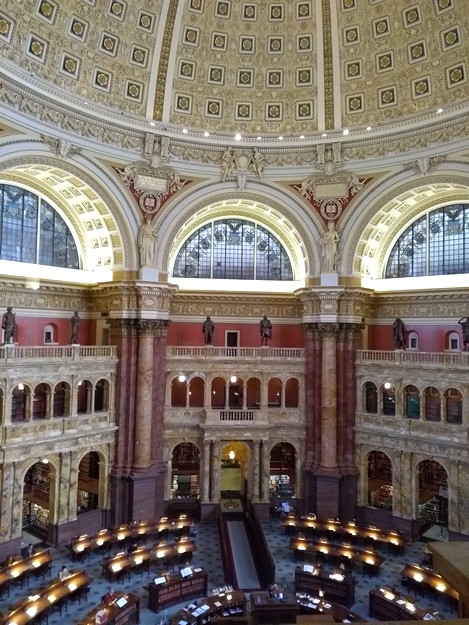 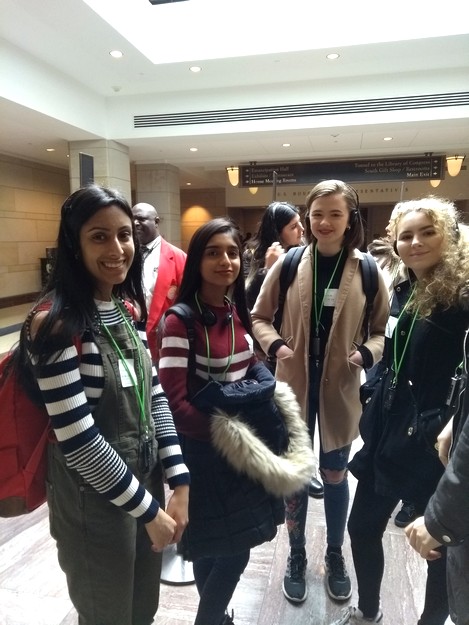 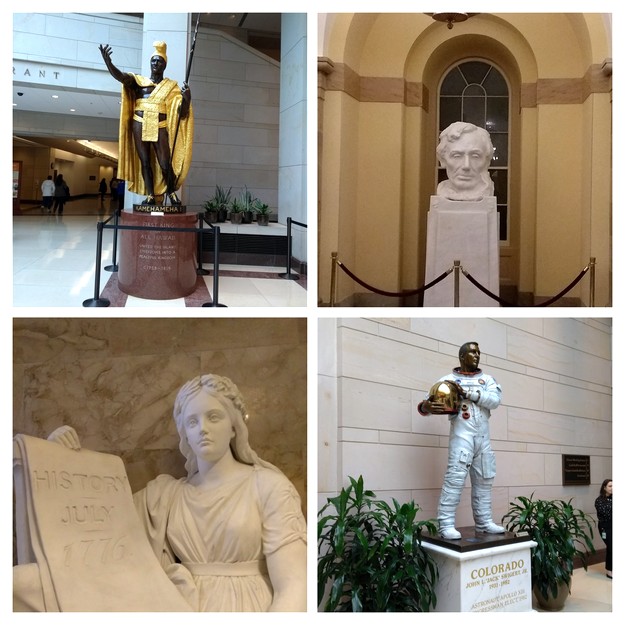 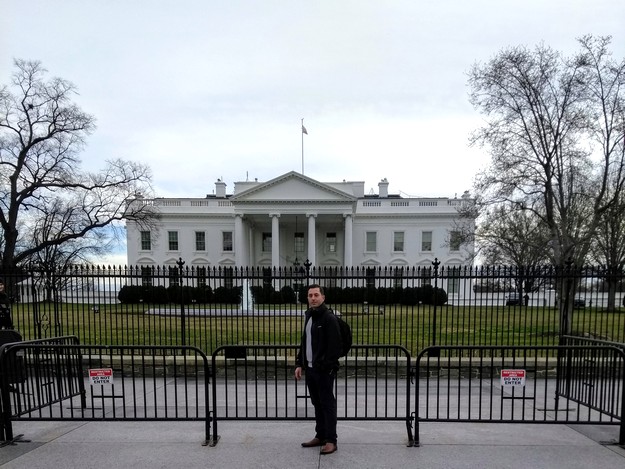 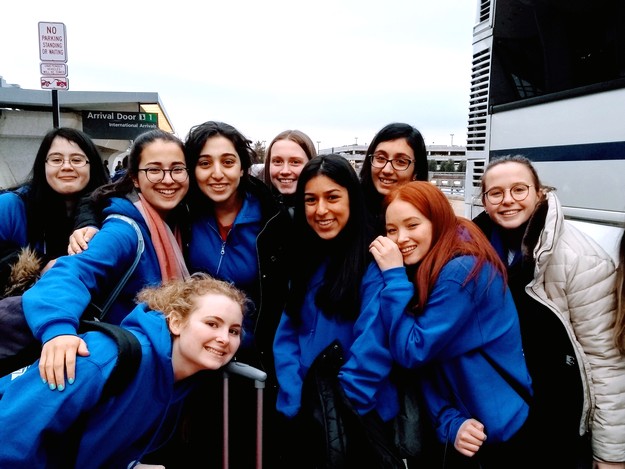 The flights went smoothly – via Amsterdam – and it was a great novelty being picked up at Dulles International airport by Danny in his big roadster truck. Arriving at the Hilton Hotel was very welcome and we all met up for a late (2am UK time!) supper and then bed!