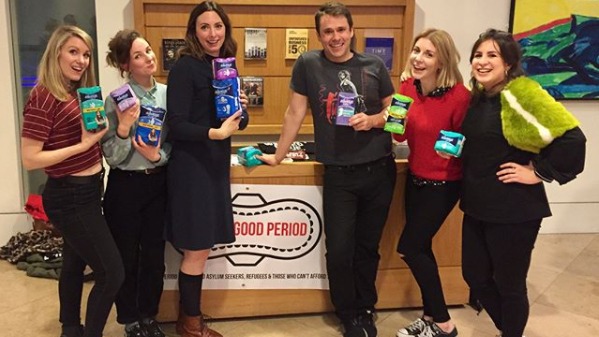 Since her school days and taking the role of set-designer in Withington’s charity fashion show, Gabby Edlin has always sought ways to put her creativity to use for the good of others. Now founder of Bloody Good Period, a charitable project providing period supplies for those who can’t afford them, Gabby tells us her exciting plans for the future of her charitable work with this organisation.

“After Withington, I took a gap year in Israel with the youth movement Habonim Dror. After that I did a year-long foundation course at Leeds College of Art and Design, specialising in Visual Communications. I then got onto a Contemporary Photographic Practice course at Northumbria University, but after nearly a year, realised I wasn’t feeling academically fulfilled and decided to pursue my intention from Sixth Form to study art and English. I transferred at the end of the term to Newcastle University, where I spent three brilliant years doing a combined-honours in English Literature, Fine Art and History of Art.  I absolutely loved having a varied week, some days would be drawing from life in the studio and some reading up on childhood literature in the Victorian era.

I wasn’t exactly sure what I wanted to do after graduation – it was right in the middle of the recession, but being a contrary type, I obviously chose the most challenging pathway, the arts. Art education, particularly gallery education, comprised my loves of art and informal education, so it felt like the perfect choice. I moved to London and spent nearly a year working for free, interning at various galleries, while working as an art teacher and in a jewellery shop to pay the bills, until I was offered a permanent role at Ben Uri Museum of Art in the education department. It is almost unheard of to progress in arts education without a masters, so a few years in, I started to look around for a suitable course. Instead of educational masters, what I found the most interesting were those focusing on innovation in the creative industries, and that was probably the lightbulb moment.

I won a 2-year, part-time scholarship on Central St Martins’ MA: Applied Imagination in the Creative Industries, which was where everything changed. I was free to experiment, ask questions and imagine a different world, and then try to build it. After the masters, I couldn’t find the right job for myself. I wasn’t searching for the perfect role, but the right kind of company, and found it increasingly hard to describe what it was I actually did!

During my MA, I took on a new job at the Royal Drawing School, intending to stay there just to cover a maternity leave for eight months. The initial eight months has become more than three years, and I still work there today. 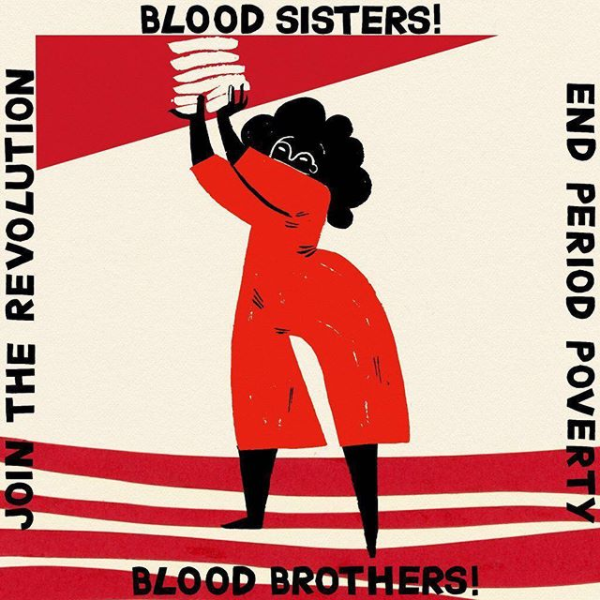 One year ago, I founded Bloody Good Period, a charitable organisation that distributes period supplies to asylum seekers, refugees and those who can’t afford them. But more than that, it is changing the way society talks about periods. In the next year, I hope to secure enough funding to leave my job and run Bloody Good Period full time.

Volunteering at an asylum seeker drop in centre, I became frustrated when I realised that menstrual products were not included on the list of essential items provided for clients, even though more than half were female. Pads and tampons are not cheap, particularly for those living on less than £40 a week, but they are essential. I posted a request on my personal Facebook account for friends and family to send me a pack or two of pads. By the end of the month I had received hundreds of packs, many from people I had never even met, but who had heard about my project through word of mouth. I decided to set up a website, directing people to an Amazon Wishlist, where they could buy products and have them sent straight to me. I called it Bloody Good Period, and created attention-grabbing social media accounts to connect with people everywhere, with a specific ‘voice’ that left no room for embarrassment or shame.

One year on, around 50 volunteers support me, and we have donated over 250,000 period products, going to around 1,000 people every month. We have raised over £7,000 in cash and tens of thousands worth of donations in kind. Product donations are facilitated through our Amazon Wishlist (the most popular mode of giving) or via independent shoppers, who send their purchases directly to our storage facility, donated by Safestore Alexandra Palace. This is where volunteers sort and log the products, ready to be delivered to the eight drop-ins we cater for around London. A large amount of the products also come from external collections at schools, universities or workplaces. As well distributing period supplies, education is a vital part of our ethos. Rather than spend time talking about the ‘stigma’ and ‘taboo’ of periods, we specialise in ignoring both and creating interesting programmes disregarding the need for shame at all. 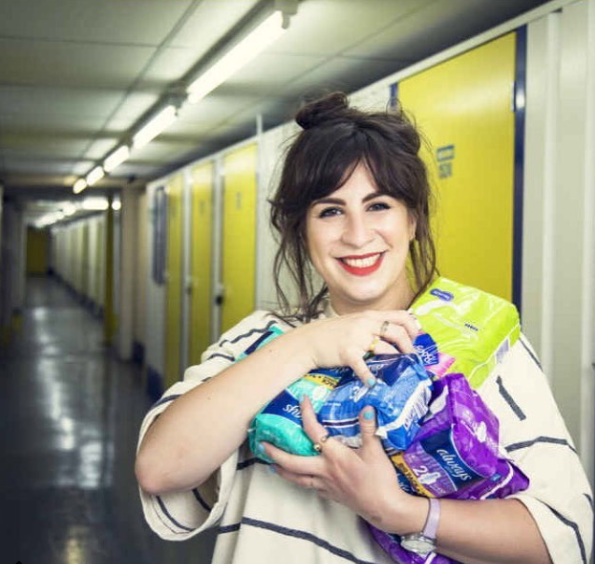 I was recently invited to run a session at Eltham Hill Girls’ School, and so I developed an activist workshop on ‘Period Advertising’. Together, we explored the subsequent shame that stems from the marketing of period supplies, from the infamous blue liquid to the very word ‘sanitary’, and concluded by discussing how to combat period poverty in their own communities. Although I’ve done lots of education programming in the last decade, it was the first time in a long time that I’d been in an all-girls’ school, and it reminded so much of Withington – the freeness and the passion of girls, untampered by the male ego!

Because of the nature of the cause, I’m invited to speak at mostly women’s events, and I love it. Having grown up around girls for 90% of my life (I have three sisters!) it really is my happy place. Speaking about love at The Quarter Club in London was a real highlight for me.

Running a project like Bloody Good Period can be challenging, because it hasn’t been done before, so inevitably some people think it can’t be done at all. It is also really hard work, and it’s time consuming. Luckily, I love it, so that passion keeps me going.

We’re planning to take Bloody Good UK wide to help even more people in need with their periods. In the new year, I’m excited to launch ‘Bloody Interesting’, a series of talks in London exploring feminism today, with the topic of periods at the centre. We will be beginning with ‘Bloody Hungry’, an evening exploring periods and their relationship to food, with panellists discussing cravings, advertising and disordered eating. Psychotherapist Susie Orbach has agreed to speak, alongside feminist Food Historian Tasha Marks. These events will be ticketed, with all profits going to Bloody Good Period.

All sorts of professional help is always welcomed for Bloody Good Period, as well as financial assistance. You can donate by heading to our website, or emailing me at gabby@bloodygoodperiod.com if you’d like to volunteer time, skills or contacts. It’d be lovely to meet up for a chat! 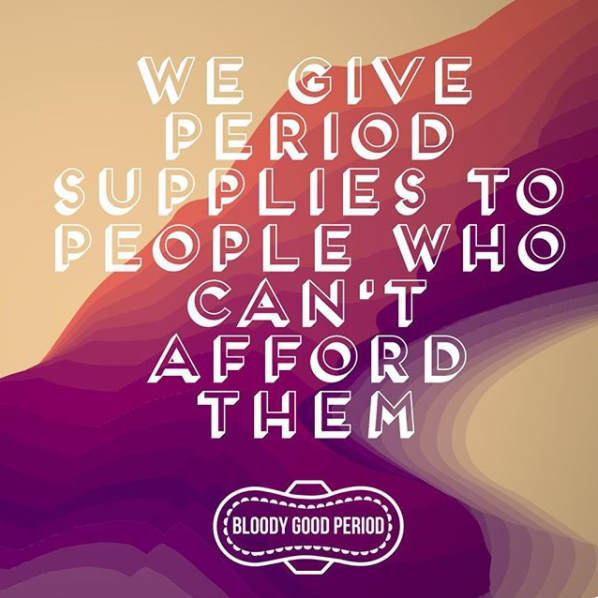 I’m 31 and only just realising what I want to do with my life. Have faith in your ability that you will work it out. Careers are different now – you’re not required to have the same one for life, so make that work for you. It can be surprising coming out of Withington and realising the society we live in feels stacked-up against women, but keep some of that Withington confidence with you and you’ll succeed on your own terms.

Most of all though, make your career about helping other people. Whether it’s as a doctor, teacher or, like me, something creative, you’ll always have a reason to push harder, and the world needs more clever women to keep it going.”