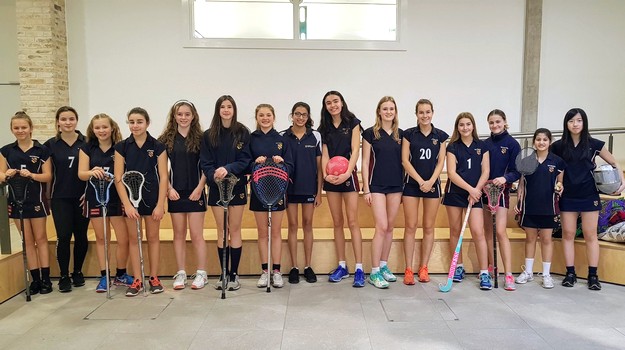 It’s been a very busy and successful term for sport at Withington. Here follows a summary of all the team sports and also a very impressively long list of individual recognition and achievements.

In September, after several battles with the weather as well as opponents, Withington Year 8 and Year 9 teams were crowned joint Manchester Schools Rounders Champions in their age groups, sharing the spoils with St Bede’s and Parrs Wood respectively. 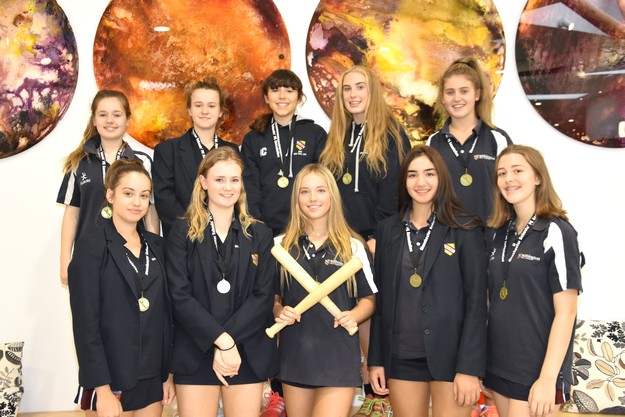 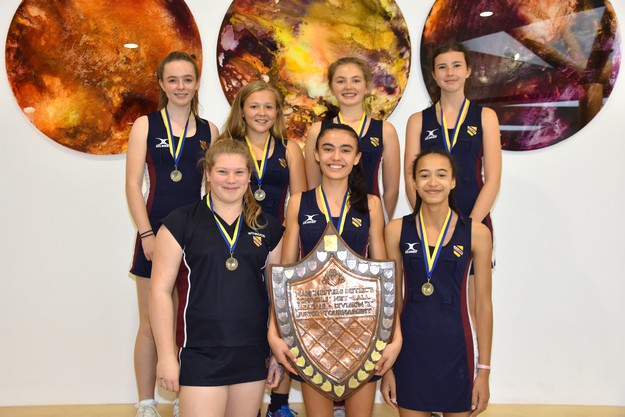 Withington had an excellent start to the new Netball season in the Manchester and District Netball Tournament held at Stockport Grammar School on a very rainy Saturday. U13, U14, U15, U16 and U19 were all in action. Congratulations to the U14s who won their group and to the U15s and U19s who finished 2nd.

In November, the U14s competed in the County Round of the National Schools Netball Tournament, held at Bury Grammar Girls. They were undefeated all day playing some fantastic netball and keep composure in some really close games. They were crowned Greater Manchester Champions and qualified for the regional round of the National Schools’ competition. Their commitment has definitely translated to this superb success! 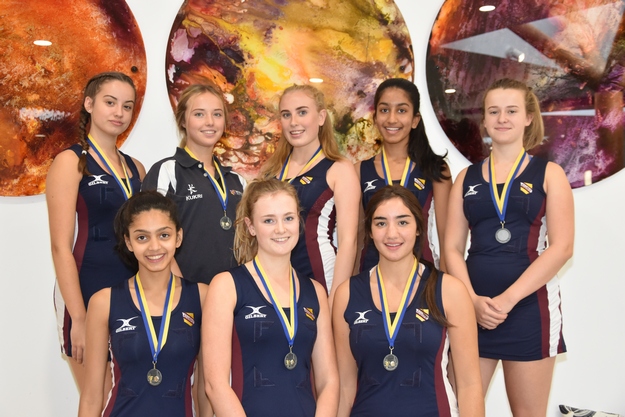 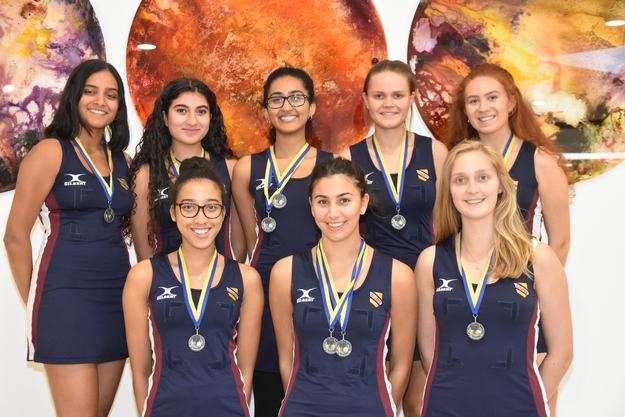 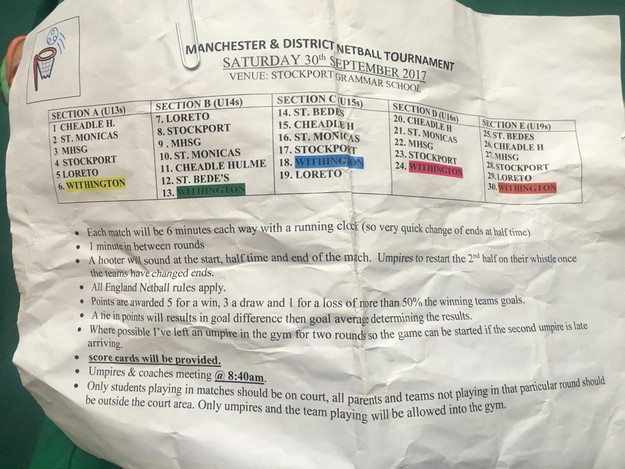 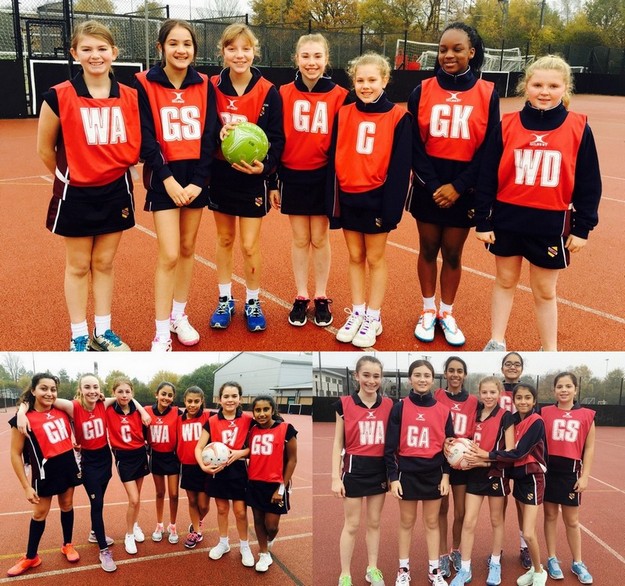 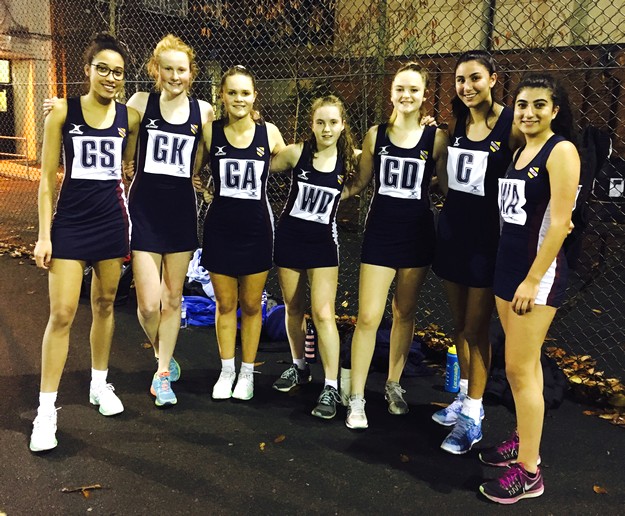 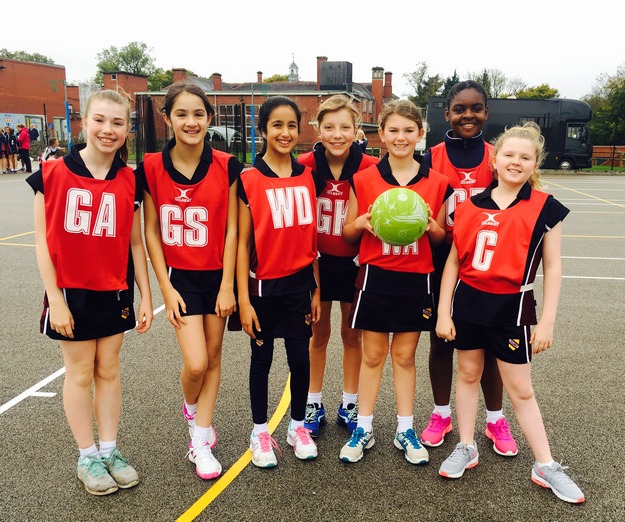 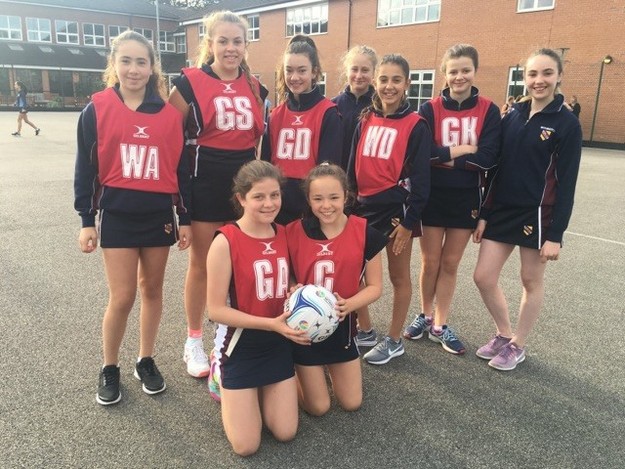 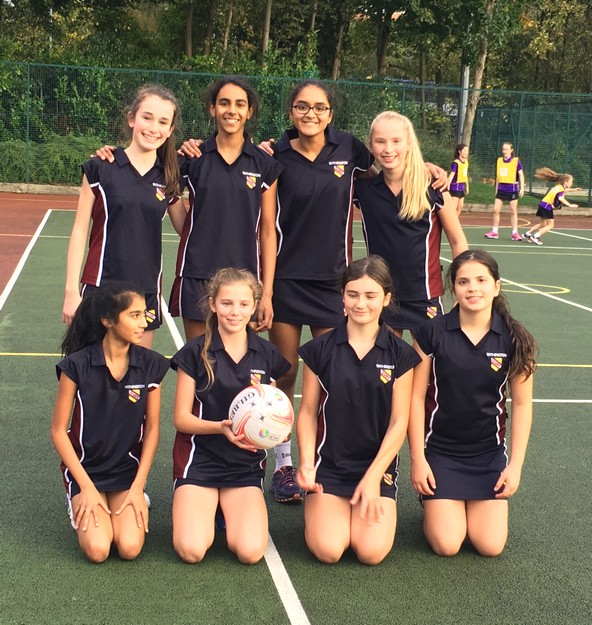 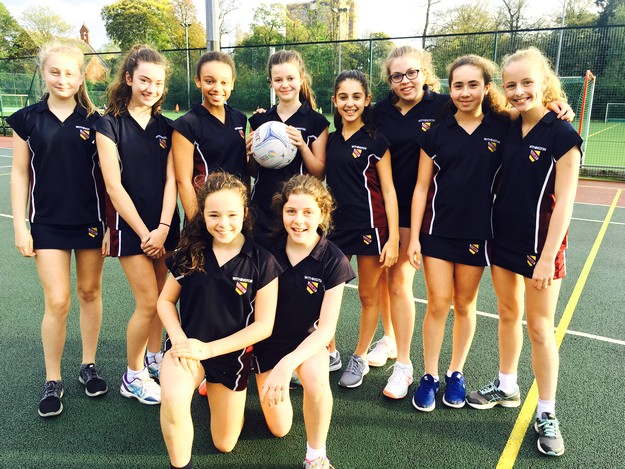 Years 8 and 9 netball teams travelled to Condover and had a fantastic weekend of Netball competing against schools from all over the country. The Year 8 girls progressed to the Cup, finishing 4th overall and the Year 9 girls won the Plate competition, winning all their games. The girls had a great time in the adventure playground and enjoyed meeting a number of England International players. 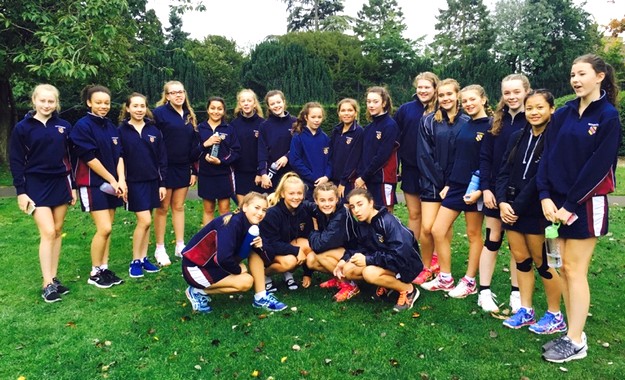 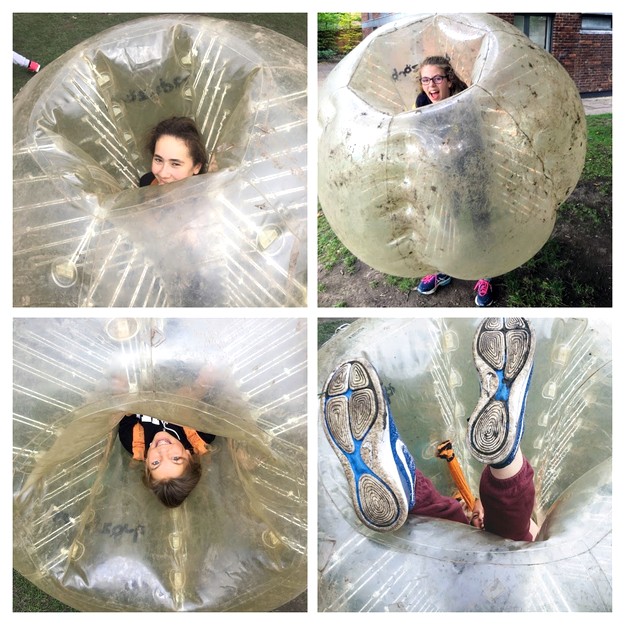 The main focus this term was the Independent Schools’ Netball Cup competition which is open to U13, U15 and U19 teams. Unfortunately, the U13s didn’t progress into the second round, but played in the plate competition where they faced a very strong team from The Grange and were knocked out of the competition. However, the team gained valuable experience and showed determination and a good standard of play throughout. The U19s went one further and reached the second round but again faced a tough third round match against GSAL. The senior girls played well and fought to the end but were overcome by an extremely well-drilled team who all play together at club level. 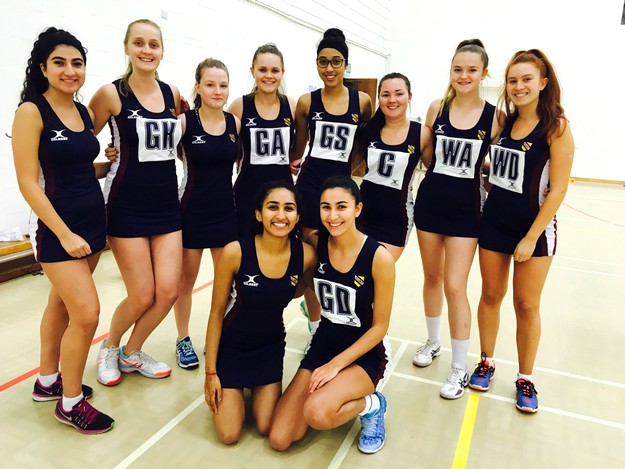 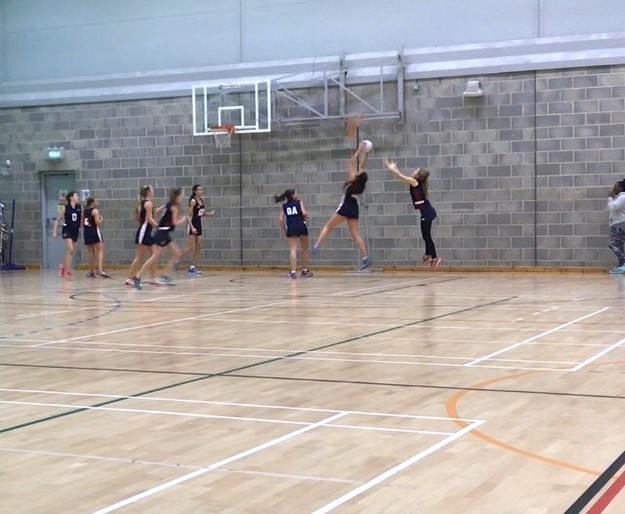 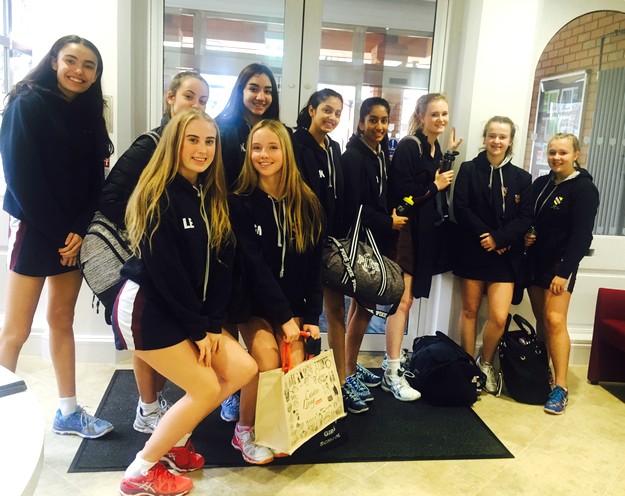 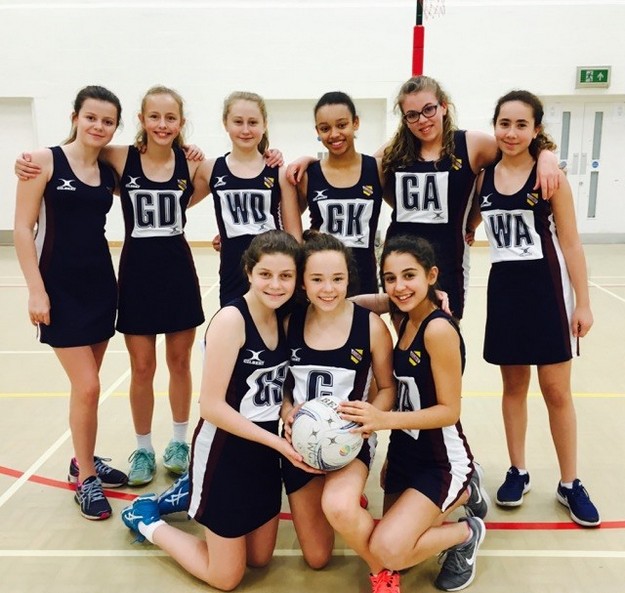 The U15 team continue in the competition and have now reached the quarter finals after a brilliant win v Bradford Grammar School 74-9. An impressive display by the whole team who remained focused and committed throughout the match. We wish them well in the next round where they face Felsted School.

The Senior Lacrosse team had an excellent start to the season with a 15-6 win over St Margaret’s – a very tough team with whom we have had many an epic battle over the years and not always emerged victorious! They then followed up with a 13-4 win over Bolton. 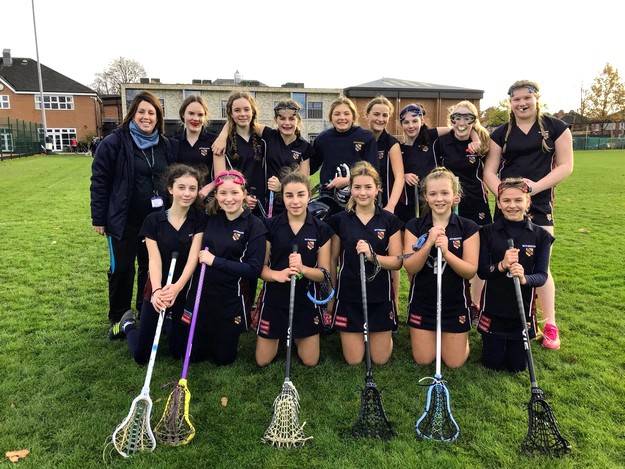 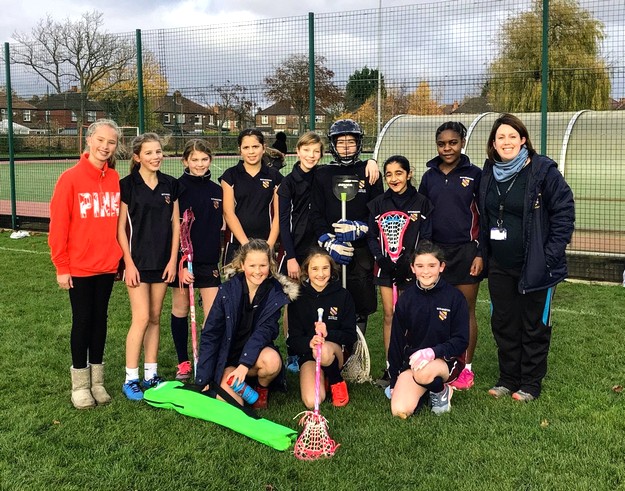 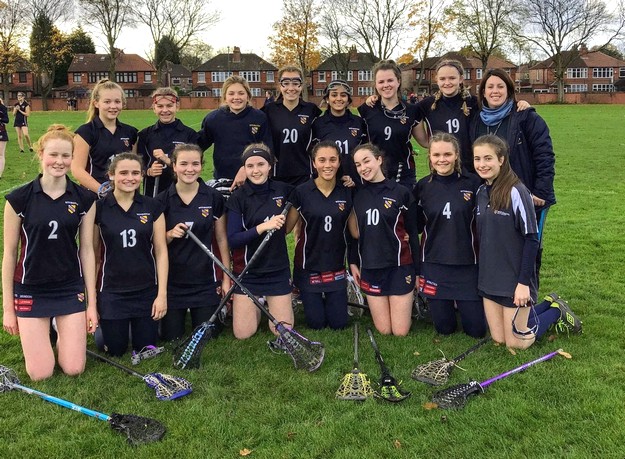 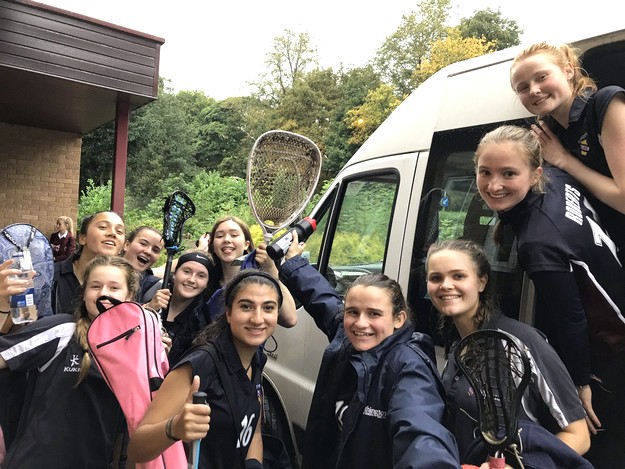 There have been some impressive results for all age groups, the most notable against Queen’s Chester where all teams were victorious.

Year 7 and 8’s first lacrosse fixture of the year was against Packwood, a school very dedicated to lacrosse and therefore very difficult opposition. Year 8 fought hard but were outplayed by a stronger team. A special mention should go to Becky B in goal who made some incredible saves. Year 7 fared better, working really hard together in their very first match and won 4-2 – a fantastic achievement for all the girls involved!

In the North Schools Tournament, four Year 9 girls stepped up to make their debut at U18 level. After a slightly nervous start, the team began to gel, culminating in a fantastic 9-1 over Queen’s Chester. With two draws against Harrogate Ladies College and Queen Margaret’s, then a win against Sedburgh, the team finished the day with an excellent 17 points. Well done, especially, to Lucy, Jasmine, Mia and Charlie who held their own in a tough tournament.

During Mrs Roberts’ maternity leave, we have secured the services of Liv Wimpenny, a current England lacrosse player. The girls will benefit greatly from Liv’s coaching experience. 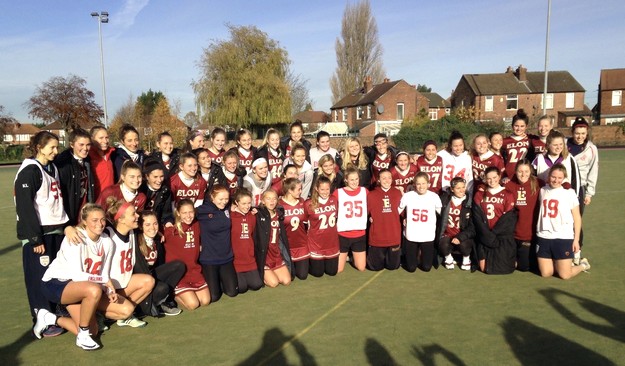 For the third year running, Withington welcomed the Senior England Women’s Lacrosse squad to school for a training weekend on 18th and 19th November. The squad enjoyed using both the hub and outdoor facilities, particularly the recently upgraded grass pitches which remained in
fantastic condition following two school games on the Saturday morning.

On the Sunday, the England squad enjoyed a competitive match against Elon College, an NCAA university from North Carolina, USA where they experimented with new tactics and new players, resulting in a comfortable victory. A number of young Withington players also embraced the opportunity to watch some high-level lacrosse during the weekend and enjoyed seeing Withington
alumna, Liv Higson, and current Withington coach, Liv Wimpenny, in action on the field. We look forward to welcoming England Lacrosse again in the future.

WGS entered the English Schools’ Cup for the first time with a team of six runners representing the School in the junior competition. While the Greater Manchester area is traditionally very strong and the girls found the course tough going, it was a useful experience as the team were all Year 7 girls competing against mixed teams of Year 7 and 8.

A team of Year 7 girls (Anushka, Kaiya, Alice and Esha) competed in the first round of the National Schools’ competition open to all Key Stage 3 students, meaning they played the majority of matches against girls two years older. They performed extremely well and made it through to the citywide finals as winners!

The U16 and U18 Hockey teams took part in the County Round of the National Schools Hockey Tournament and both age groups played extremely well. The U16s ended up coming 5th in a very competitive County round against some of the best schools in the region. The U18s played some of their best Hockey in the tournament and only needed a draw to go through to the next round on goal difference. Three short corners each came agonisingly close to going in, ending in a 1-0 loss, but securing a very respectable 3rd place overall. Well Done to both teams! They have also had impressive wins against Alderley Edge (4-0) and St Edward’s College (7-0). 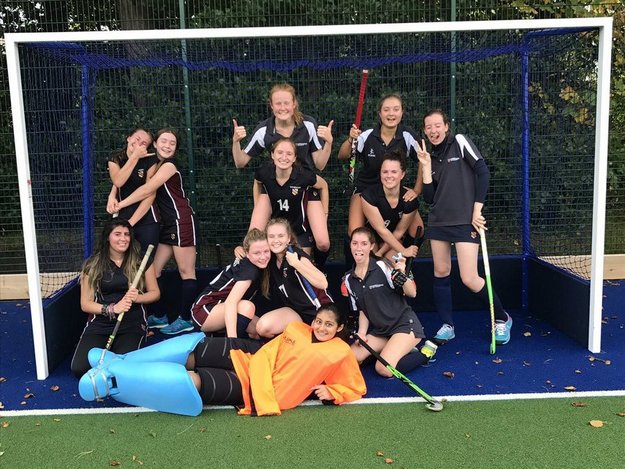 Attendance at practice for Years 7, 8 and 9 has been excellent and we hope to add more fixtures in the Spring Term. These age groups have also had good wins against local opposition – Year 7 A+B teams recording 2 wins out of 2 and the Year 8s winning their first 11-a-side match against a well-organised Loreto team. The Year 7s also recorded excellent results vs Alderley Edge School for Girls with Year 7A winning 2-0 (Eliza T, player of the match) and 7B winning 6-0 (Orla F, player of the match). 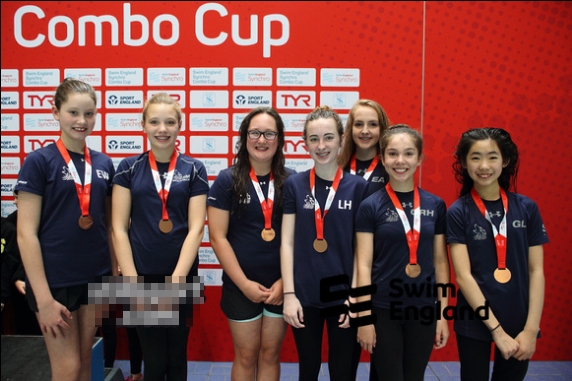 Congratulations to Anushka A in Year 7 who competed in the Cheshire Restricted Badminton Tournament.  This is a competition only open to those who play at County level.  Anushka won gold medals in the singles and doubles competition.  Well done.

… Silvia M who has been selected for Cheshire County Netball squad and the Manchester Thunder U15 squad.

… Vanessa F on her selection to U15 Manchester Thunder netball squad.

(Manchester Thunder senior team are part of the Netball Superleague, which consists of the top ten netball teams in England, Scotland and Wales).

…  Hannah J in Year 9 who has been selected for the Wasps Netball Academy. The senior Wasps team are a national league team and Hannah is playing for their Junior section.  She will be part of the Academy Hub at Stoke in the main squad of 12 players, many of whom are older than Hannah.  A fantastic achievement – well done.

… Charlie W in Year 11 who has been selected for Cheshire U17 County Netball squad.

… Miranda B who has been selected for U17 National Academy, following her involvement at U15 Regional academy (she is technically a year young to be playing at U17 so has done very well).

… Charlotte B who has been selected for U15 Regional Academy which is the first step on the England Talent Pathway.

Congratulations to the following girls who have been selected to represent their county for Lacrosse.

Lancashire U15A: Ellie B, Evelyn M, Charlie B, Jasmine T, Grace A. This is a particularly impressive achievement for Grace who is only in Year 7.

… Rebecca D in Year 12 who recently represented City of Manchester Aquatics Team at a gala on the Wirral.  Becca competed in the 800m for the first time and recorded a winter regional time of 9mins 47 secs.  This is an excellent achievement and we wish Becca more success at this distance.

… Koshiki C in Year 10 who competed in the Manchester International Swim meet in 4 events – 50m; 100m; 200m and 400m freestyle.  This competition is attended by some of the biggest names in swimming including Olympic Champion, Adam Peaty.  Well done!

Congratulations to Marialena I in Year 11, who competed in Edgbaston Priory Squash Junior Open (a Silver event).  She was competing at U19 level in order to challenge herself and despite sustaining a knee injury, was able to give good performances in her three matches.  Well done.

Zara L in Year 10 who has been invited to join the British Fencing Talent Programme.

Pako E in Year 7 who competed in the Leon Paul Junior Fencing Series. In U11 Foil Fencing, she came first in the rankings.

Congratulations to Sahara C in Year 8 who who competed in the British Trampolining Championships at the Echo Arena in
Liverpool in September and came 9th. Sahara then came fourth in the individuals and got a Silver Medal with Rhianna Mulligan in the
synchronised competition at the English Championships in Sheffield. The North West Championships followed and Sahara
got a Silver in her age group and another in Under 15s Elite. 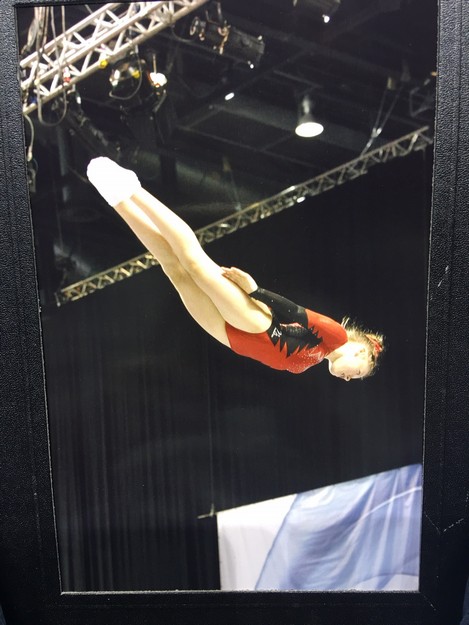