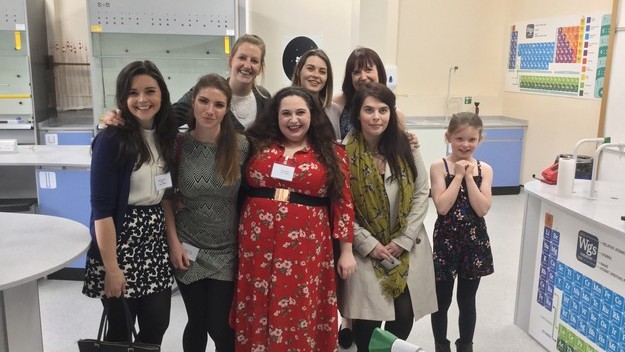 On Saturday 10th June 2017, the Development Team welcomed back over 50 former pupils and staff members to our Annual Open Reunion. We had an exciting day planned, not least because we would be showing our new oral-histories documentary ‘Withington Now and Then’, and welcoming Withington’s newest Headmistress Sarah Haslam to her first alumnae event.

Guests ranged in age from Class of 1949 to Class of 2007. The day started in the Lecture Theatre, where Development Director Toni Leden said a few words of welcome, and Mrs Haslam addressed the Withington alumnae community for the first time as headmistress. Toni used part of her speech to thank Old Girl Anne Kirkham (Class of 1980), who has stepped down this year as alumnae representative on Withington’s Board of Governors, a post she has held since 2011. Anne has been an active and valuable member of the Withington community over the years, and we’re so grateful to her for all that she has done. We know that she will stay in touch, and we look forward to welcoming her to future events at school. Anne has handed her role on the governing body over to another Withington alumna, Diane Hawkins (nee Hutton, Class of 1975), who will commence her duties as a Withington Governor from September.

It was then time for our Archivist Hannah Brown to introduce the special oral-histories film ‘Withington Now and Then’. Our guests were delighted to view the documentary, and after it had finished there was much excited chatter as Old Girls reminisced and shared their own memories of the topics that had been discussed in the film, such as their favourite Withington school lunches, school uniform recollections and anecdotes from their school days.

In the afternoon, we enjoyed a wonderful buffet lunch in the Junior School Hall, which had been prepared by Mrs Cartledge and her catering team. Our guests enjoyed the opportunity to catch up with one another, and to make new connections from within the alumnae community. We always try to mark the year groups celebrating special class-year anniversaries at our Open Reunion, and this year it was great to be joined by a number of alumnae from the Class of 1977 and Class of 2007, who were celebrating their 40 and 10 year anniversaries respectively.

After lunch, our guests enjoyed tours of the school, with the Gymnasium, Art Room, and Biology labs being particularly nostalgic highlights. They also had fun taking part in the traditional Open Reunion quiz, which featured questions about the ‘Now and Then’ documentary which had been aired earlier in the day. The afternoon ended in the Founders’ Room, where Old Girls and former teachers alike enjoyed looking through old photographs and newsletters over tea and cake, and reminisced for the rest of the day until it was time to say farewell.

Once again, the Open Reunion was a fantastic occasion, with everyone in attendance contributing to the wonderful, happy atmosphere. Many thanks to those who joined us on the day, as well as those who volunteered their time to help-out, including current staff and former pupils. The day was a great success, and we are looking forward to the next one already!

Former pupil and staff member Val Hempstock (nee Winstanley, Class of 1956) said: “It was a very well organised day and was one of the most enjoyable Open Days I can remember.  The choice of the Lecture Room was good, all the speeches were interesting and seeing ‘Now and Then’ was great… The lunch was lovely, the atmosphere was great, and ending up with a cup of tea in the Founders’ Room was the final touch.  Well done to all the Development Team- I can’t think of anything you could have done to make it better.” 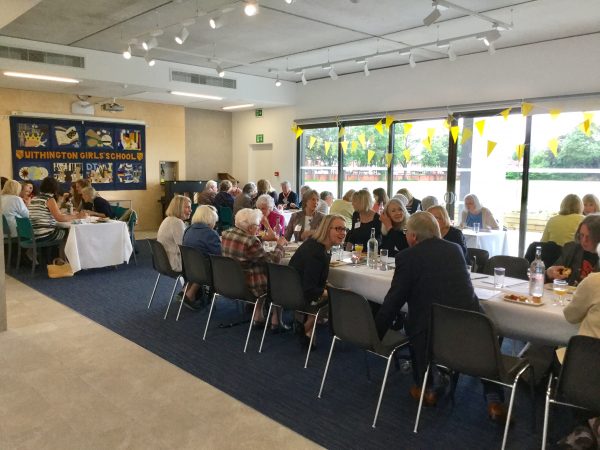 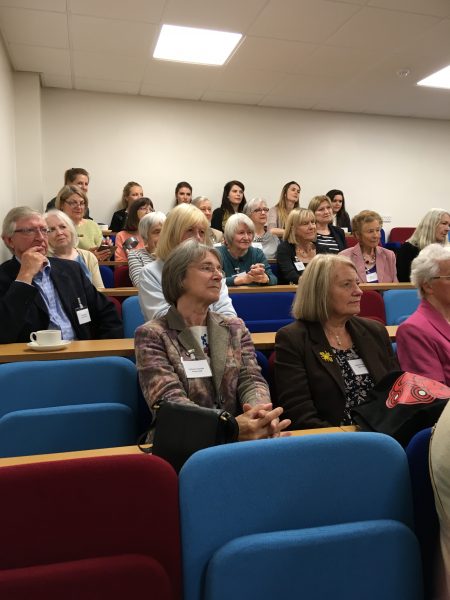 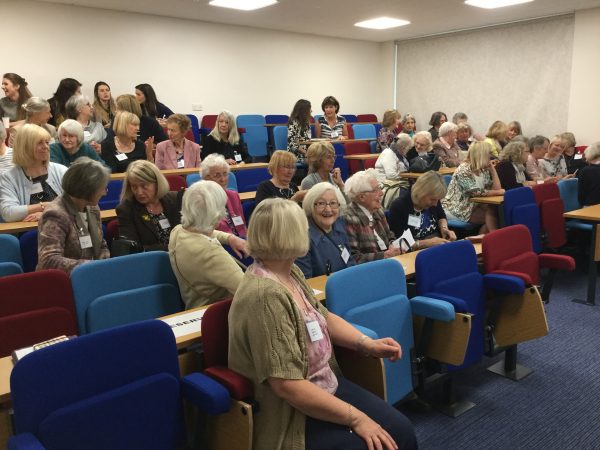 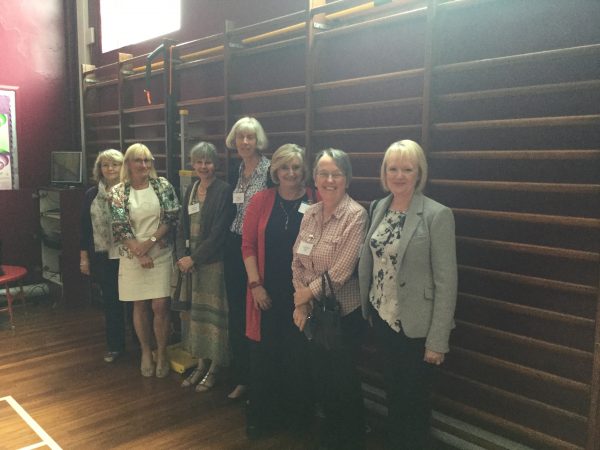 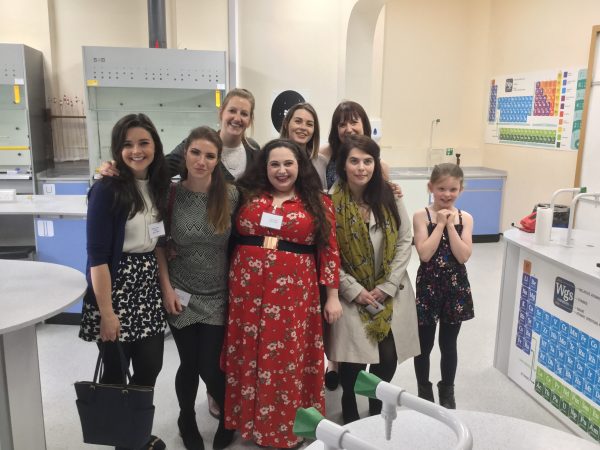 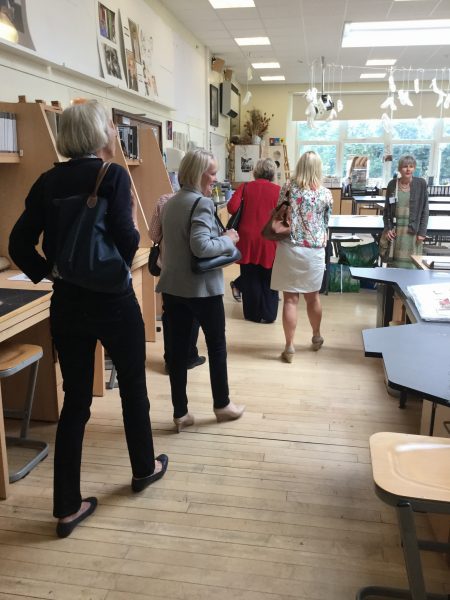 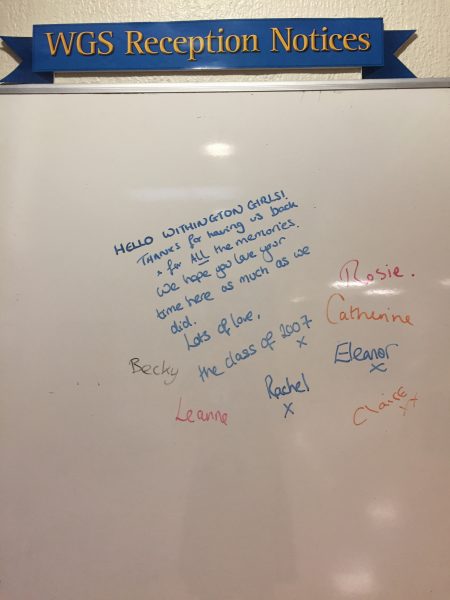