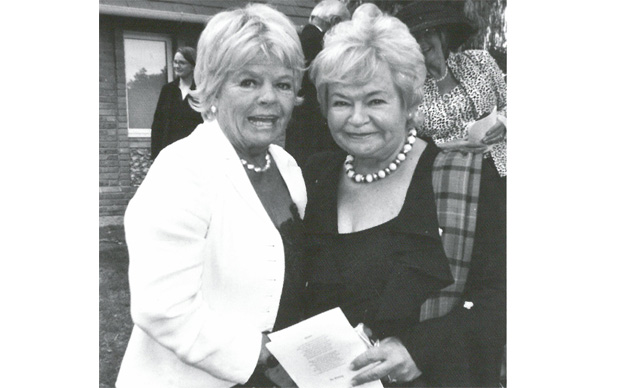 It is with great sadness that we report the death of Sandra Chalmers.

Sandra, often known as Sandy, was born in Gatley and joined her older sister Judith at Withington Girls’ School, entering the Junior School in 1948. Throughout her time at the School she was thought of most highly, particularly for her warmth and unassuming nature even when she was taking part in broadcasting at an early age. She had a varied and high-profile career but always maintained her connection with the School, and gave her time generously in support of various projects.

When only thirteen, Sandra made her debut on BBC Radio’s Children’s Hour; firstly acting and then reading poems. Her parents encouraged her to go to university and she read Arts at Manchester, but managed to freelance with BBC and Granada. She later joined the BBC as a member of staff. There she developed a regional identity for radio and television programmes, as well as reading the 10am news and promoting phone-ins. She moved to Stoke-on-Trent as the first woman manager of a local radio station and then in 1983 moved to London to become editor of Woman’s Hour, again being involved in phone-ins. In 1987 she became Head of Radio Publicity and Promotion. She left the BBC in 1992 but continued to support radio, as one of the drivers of Saga Radio. In 1994 she became Director of Communication for Help the Aged and ran seminars and training for older people. The charity remained a great interest to her even when she set up her own consulting company, Chalmers Communications. She was a member of various associations and groups, acted as lecturer and judge for media awards and had many interests and involvements.

At School we remember Sandra for giving her time to help pupils, to mark important events and to spread friendship and liveliness and as an actress. This experience enabled her to write thoughtful critiques for the School Newsletter of plays she watched. Hailed as a “truly moving” Macduff in the School’s 1956 production of Macbeth, Sandra was chosen by Joyce Boucher to be Thomas Becket in the next production: T. S. Eliot’s Murder in the Cathedral. Joyce often spoke with warmth and admiration of Sandra’s powerful, mature performance. I was in the Third Form when the production was put on, and even after so many years I can remember the shivers up and down the spine that I and all the audience felt. 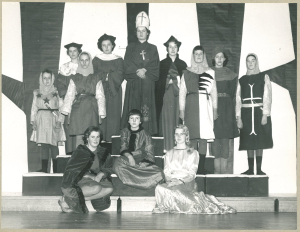 When the Arts Centre, [named in honour of Miss Hulme] was opened in 1982 with another production of Murder in the Cathedral, Sandra came with her sister Judith, to perform the official opening ceremony. What a memorable occasion.

Later in 1990 at School’s Centenary celebrations, a dinner was held for Senior Club members and Sandra was the main speaker. The Newsletter account records:

“Sandra, as the main speaker, was her own inimitable self. As always her immense skill as a speaker was enhanced by her total sincerity and natural warmth. She was obviously delighted at having been asked to speak and she reflected the mood of the whole weekend with her joy at meeting old friends, with her happy and witty reminiscences of school days and her humour which was always at her expense. As she approached the end of her speech the audience would have done whatever she asked and so, when she requested the unaccompanied singing of a particular song, there was an immediate response. ‘ It was a very moving moment when we all joined together to sing Gaudeamus’.”

In 2011 Sandra came to School to address current pupils and Old Girls at a ‘Withington in Business’ event. Sandra and another old Girl, Belinda Carp, spoke about careers as business women, with Sandra discussing broadcasting, setting up a business and speaking fondly of her time at School. 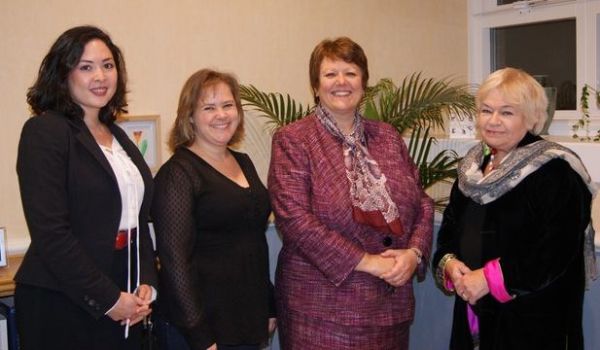 She was charmingly and cheerfully involved when there was a private showing of The Picture of Dorian Gray, the costumes for which had been designed by a companion from her form, Ruth Myers. The event was hosted by Joyce Hytner, Ruth’s sister.

As Amy Morris remembers, Sandra was always so friendly, unassuming and delighted to meet former staff and friends. I remember with particular gratitude that, when Joyce Boucher retired, we held a celebration in her honour one afternoon for the whole School. Sandra gave up her time to come as a one of the guests, to thank Joyce. She was smuggled in secretly and her contribution made Joyce’s day.

We send our most sincere condolences to her children and family; particularly Judith. We thank Sandra for all her great contributions to School and remember her outstanding career and warm, generous, friendly personality.