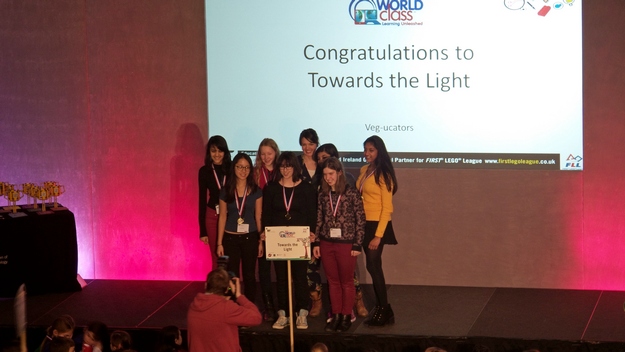 A team of seven Lower and Upper Fifth girls took part in the First Lego League UK National Finals at the University of Loughborough on Sunday 1st February. Thirty-two teams had progressed to the National competition and, with a trip to the International final in the USA as the prize, there was all to play for! The Withington team, named Towards the Light, were thrilled to reach the last four and were awarded the Judges’ prize, indicating their exemplary performance, on the day. 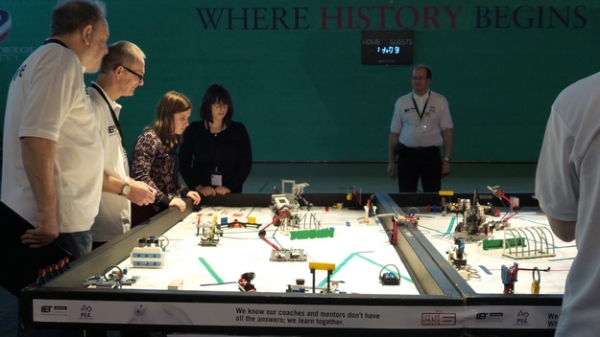 Over 460 teams took part across 27 regional tournaments around the UK and Ireland last year and the Withington team had reached the National stage by winning the Regional round at Daresbury Laboratory in December. They were tasked to build, test, and program an autonomous robot using LEGO MINDSTORMS® to solve a set of missions in the Robot Game.  They were also required to give a presentation solving a real-world question. 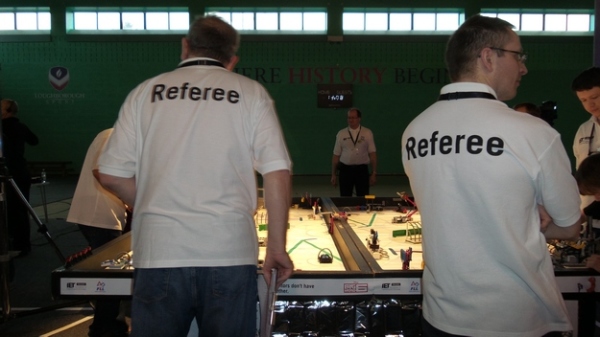 The girls had many difficult challenges to complete on the day. In addition to the challenging robot tournament tasks, they gave a comprehensive and informed presentation on body image, complete with a plan for further action on the issues. They were also required to discuss the detail of their robot construction and programming, and justify the design philosophy. 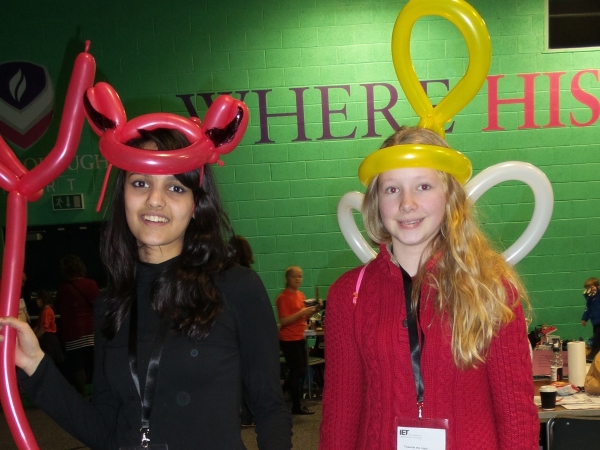 It should also be noted that whilst they did not receive an award for the additional balloon modelling fancy dress competition, they were clearly the best! Very well done to all girls!