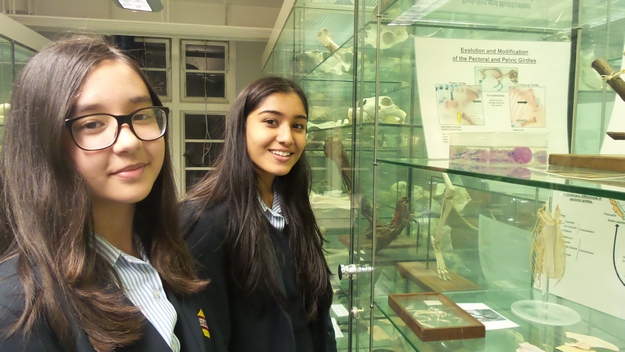 More than 100 entrants across the country took up the challenge of creating a specimen drawing in the Biology Society’s inaugural Nancy Rothwell Award project which was launched this year to highlight the mutual benefits of combining art and science. 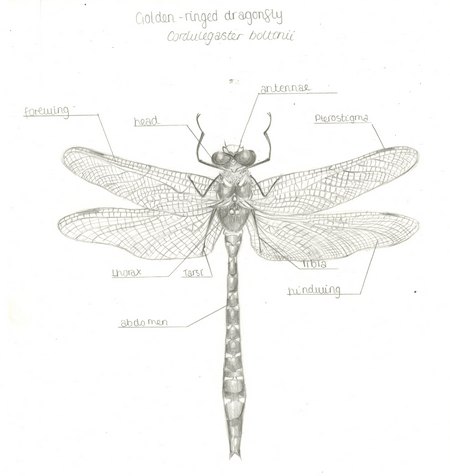 Lower Fourth pupil Jessica impressed the judges with her black and white pencil drawing of a Golden Ringed Dragonfly, clinching First prize in the age 11 – 14 category. Jessica was inspired to focus on the dragonfly after seeing the species in the wild where she had been fascinated by the distinctive stained-glass window effect on their wings. 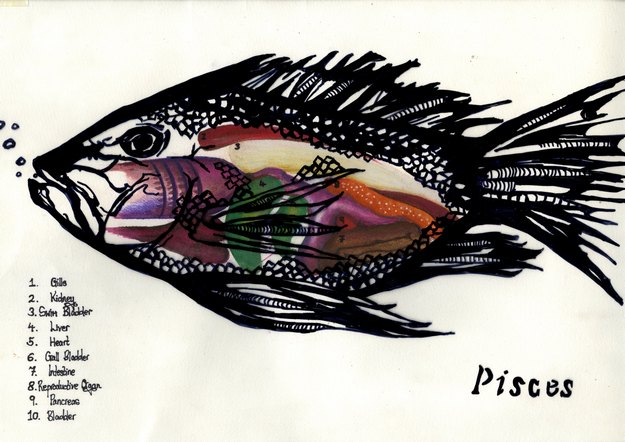 Upper Fifth student Deshna secured an Outstanding Commendation in the age 15 – 18 category for her entry, in which she used watercolours to illustrate the digestive system and overlaid it with transparent film depicting the external outline of a fish in black and white.

The Awards ceremony was held at the Royal Veterinary College in London. Winners were treated to an evening programme of events where talks included a Question and Answer session with the producers and cast of BBC 2’s Young Vets series. 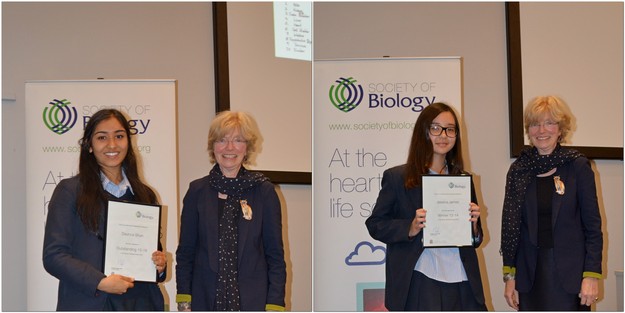 Both Jessica and Deshna each won a cash prize, drawing pencils, and a certificate – and Jessica also won £250 for the School

Teacher of Biology Dr Zoe Kenny added: “This competition has been a fantastic opportunity for the students and has allowed them to explore the strong links between science and art. I am so impressed with the level of effort and skill demonstrated by all our entrants. I am thrilled for Jessica and Deshna and the other six girls who were also mentioned in the awards.”

Highly commended, each winning drawing pencils and a certificate, were: in the