The Junior Netball teams have enjoyed a busy and successful month in February. 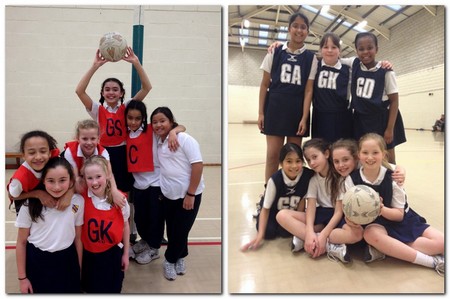 The girls were back in action v Cheadle Hulme School on the 6th with the LII A Team winning 10 – 7  and the B Team drawing 5-all. The Upper II A Team conceded 9-6 and the B Team won 6-3. The Upper II A Team is pictured with Jasmin Lane (a Withington alumna [2011 leaver] now studying Medical Sciences at the University of Swansea and going on to study Medicine at Keele in September – and daughter of Mrs Jayne Lane, Junior School Netball Coach), who came along to help umpire. 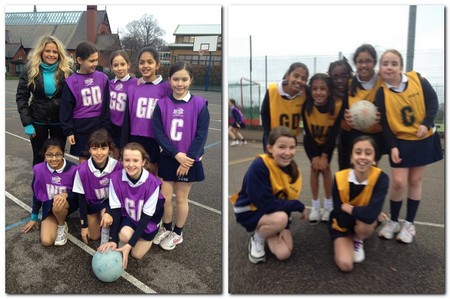 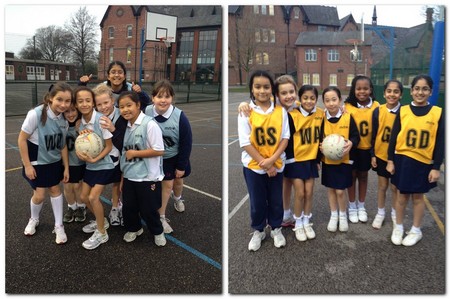 A few days later on 10th  February , the Lower II girls were back in action again v CHS, this time with the A Team prevailing 16-3 and the B Team losing 6-4 in a closely fought match. 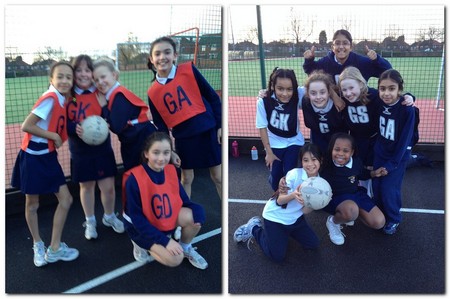 On 12th February – the evening of the extremely high winds – Lower and Upper II were up against Greenbank. Huge tribute must be given to the pupils and staff of both schools who were not intimidated by the atrocious weather. It was definitely not a night for the fainthearted and both matches saw the ball going through the hoop numerous times, despite the gales. Special thanks must go too, to our Withington parents for their splendid turnout in support. 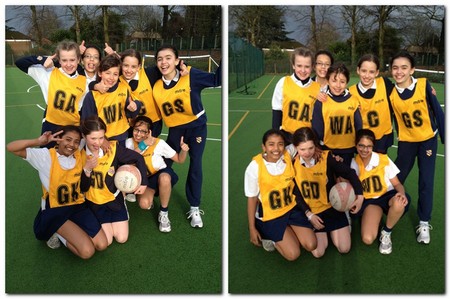 Sophie, Upper II captain reports:
“On the 12th February, the Upper ll netball team represented Withington in a match against Greenbank. We drew 10-10 with the man of the match being Erin H. The harsh winds were severe but we braved them and carried on. It was a very tight game, with a lot of hard work and effort involved. Well done team!” 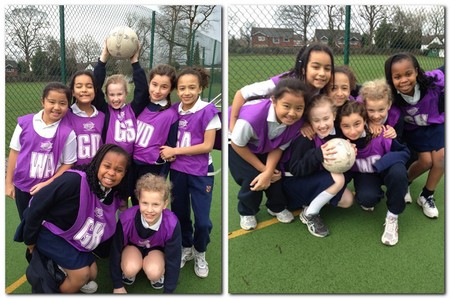 “On Wednesday 12th February, seven girls from LII were chosen to play a netball match against Greenbank School. It was a very windy night, and there was a red storm warning, however, the netball match went ahead.  Despite the cold, it turned out to be a great game, and Withington won 13-0. What a fantastic result, well done to all team members!” 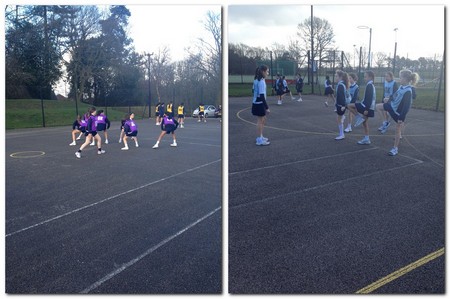 Warm ups before the match

Mrs Lane said: “I was very proud and pleased with the girls effort and determination to play at their best and that they applied all they have learnt in training into their matchplay. Well done to all girls and the captains who took on their roles with great enthusiasm.” 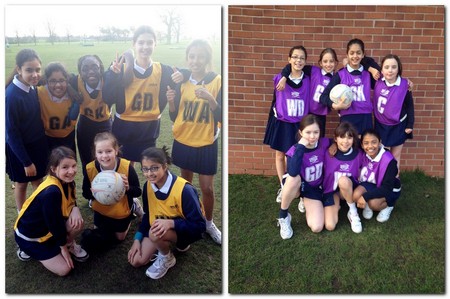