Following their success in the first stage, a team of Upper Sixth Economics students, representing the North West of England, took part in the second round of the Bank of England interest rate challenge vs teams from Scotland and the North East of England.

Their presentation was warmly received and showed evidence of careful planning, sound analysis and extensive research. They had to analyse the economy looking at a range of variables such as unemployment, wage changes, the housing market and international pressures and use these to decide whether the Bank should change the interest rate and programme of Quantitative Easing. 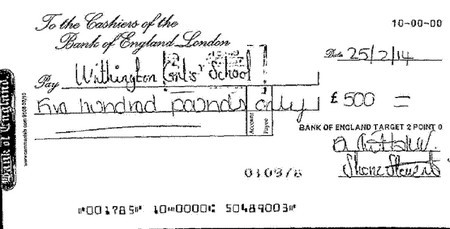 They had to answer a set of detailed and challenging questions from the Bank’s economists and we were delighted when they were awarded the runners-up prize – a cheque for £500, half of which will go to charity and half to the Bursary Fund.