Gearing up for The Gambia

At a time when many most of us are wrapped up in the purchase of that ‘perfect’ Christmas present, twelve Upper Sixth girls are exchanging traditional holiday preparations for an opportunity to work with young children in The Gambia.

They will spend the week of the 14th to the 21st December in a rural Gambian village where they will lead arts and crafts lessons for pre-school children and help renovate the local primary school which previous Withington students helped build. During the trip, the girls also will focus on Gambian chickens, rather than their own holiday roast turkeys, when they spend time at a newly developed chicken farm, one of several projects helping to ensure a sustainable food source for Gambian villagers.

Please help us add to our Gambia appeal using this Just Giving Page.

Ellie says that she has been hearing about the school’s work in The Gambia for a number of years and that she has “always wanted to be a part of the Gambia team.”

“I think the trip will definitely open my eyes and give me a broader view of the world,” says Roshni

She also admits it will be difficult to see people living in conditions that are so much more difficult than hers.

The Gambia lies close to the bottom of the UN’s Human Development Index, ranking 168th out of 187 countries. Life expectancy is only 58 years and children receive an average of less than three years of schooling in their entire lives. Withington Girls’ School has been supporting the education of children and adults in The Gambia through their continued links with the Mama Tamba Nursery School and various literacy programmes since 2004. 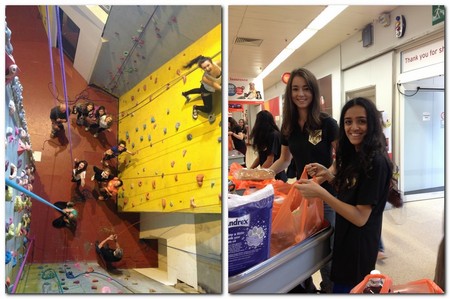 The girls have spent months raising money for their trip through variety of activities including a sponsored climb, Zumbathon, Themed Meal, cake sales, and a Khandoker charity fundraising event , raising to date nearly £4000. There is also a bag pack scheduled for the week before we go.

The team are currently planning their teaching activities for the nursery children at Mama Tamba as well as designing murals and wall displays for the classrooms.

Over the years Withington Girls School has been involved in many aspects of school and village life in The Gambia including the financing of a nursery school, two adult literacy centres, a poultry farm, well, fencing and farming projects as well as a new computer centre, and equipment for a medical centre. We continue to sponsor teachers and students at Mama Tamba nursery school.