Withington’s long tradition of staging a Christmas Concert for local senior citizens seemed in jeopardy when the Didsbury Rotary Club announced earlier this year that it would be closing down. Mrs Marks vowed that we would continue the event and Head of RS, Mr Ian McKenna, and a Lower Sixth Committee swung into action to organise transport for our guests, including obtaining funding from Manchester City Council to help with costs. 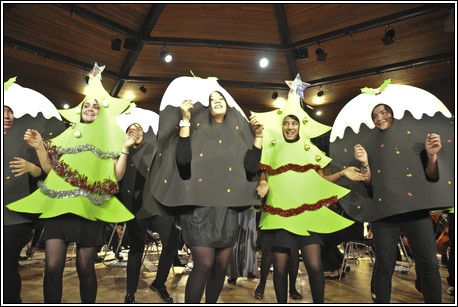 The concert, held in the Arts Centre on Wednesday 5th December was a charming mix of traditional carols and popular Christmas music, and included performances by the School’s choirs, soloists, ensembles and orchestras. Withington staff took over the School’s kitchens to make party teas for the pensioners who also each received a gift very kindly donated by Withington parents and pupils. The programme also included two special pieces composed and directed by GCSE pupils.

As ever, the audience participated enthusiastically in a sing-along of nostalgic tunes including a surprise turn by Mrs Marks
leading them through the Doris Day classic, Que Sera Sera! 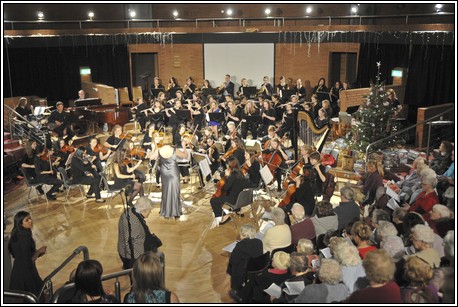 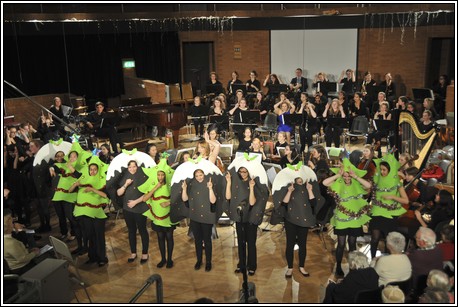