On Saturday 12th November the Senior Lacrosse team travelled to Queen Margaret’s School in York for the North Lacrosse Championships. We arrived at school bright and early ready to set off on the 2-hour
coach journey to Queen Margaret's in York. With beautiful surroundings
and the sun shining, the prospects of the day looked good! 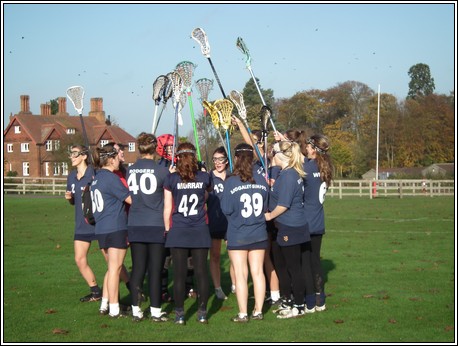 We set out in our first game to beat the reigning champions Queen Margaret’s and after a closely fought first 10 minutes it looked possible with the score at 2-2. Unfortunately in the dying seconds they were awarded a free shot; they scored despite an excellent attempt by Kate to save. After the first game our hopes were not too dashed, although we were a little disappointed. Two close games followed against Queen's Chester and Harrogate; these both resulted in draws, which could have gone either way. 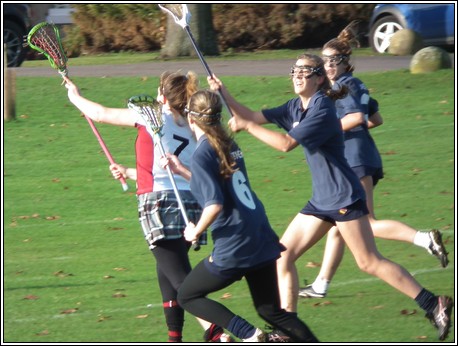 After a team talk at lunch and a new formation line-up we came out strong and with more desire to win than before. Three wins followed against Altrincham Girls, Casterton and Bolton with the girls looking much like their former selves and full of confidence. 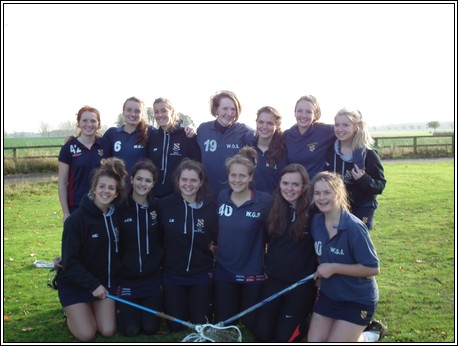 It was a mixed day of 'what ifs' and 'could haves' but we finished a respectable 3rd overall and 3rd in the North of England, with Queen Margaret’s winning the tournament and Queens Chester placing second.