Another outstanding year at Withington!

Withington's A-level students are celebrating more brilliant success as the 2011 results are released. The School's pass rate at the highest grade – A* – rose to 40.4% from an already exceptional 36% in 2010. The A* pass rate nationally remained steady at 8% overall. 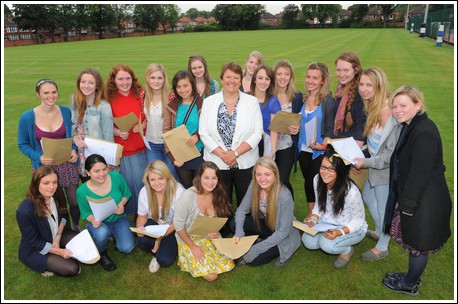 Headmistress Mrs Marks with some of our star A-level pupils

Headmistress, Mrs Sue Marks, said of her first A-level results day at Withington: "Everybody is tremendously pleased for the girls, who have worked incredibly hard and who thoroughly deserve their remarkable success. I offer my warmest congratulations to them, and to their dedicated and talented teachers!" 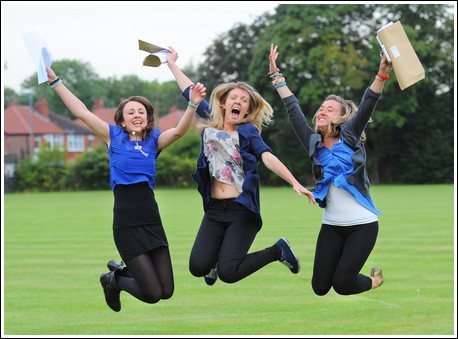 The A* grade was introduced last year to stretch the brightest students and help universities differentiate between the best candidates. To be awarded one, students had to pass with an A grade overall, plus a minimum of 90% in each paper in the second year of the course.

In 2011, for the first time, Withington A-level students were also offered the chance to submit a piece of extended individual research for the AQA Extended Project Qualification. Of the 26 candidates for the EPQ, 12 (46%) were awarded A* passes and 24 (92%) passed with either A* or A grades; the remaining 2 candidates passed with B grades. 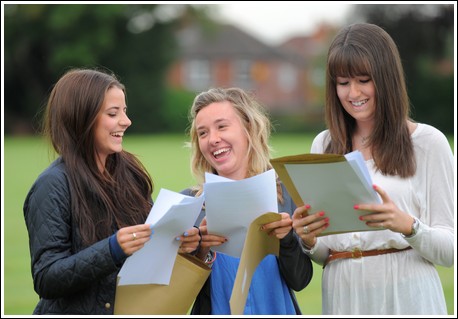 With such exceptional results, it is not surprising that the vast majority of girls have secured their preferred university places, despite the very high nationwide demand resulting from the ‘rush' to start at university before the tuition fee increases take effect in 2012. The recent Sutton Trust research into Higher Education destinations ranked Withington as second in the entire country, in terms of the proportion of HE applicants accepted at highly selective universities (92.1% over the past three years). The full report can be found here.

Among the top achievers in 2011 were Head Girl, Alison Coxon, from Bramhall who was awarded A* grades in English Language, German, Spanish and General Studies at A level and a further A*grade in the EPQ; Alison is now off to Oxford to read German and Spanish. Deputy Head Girl, Tashy Rodgers, from Prestbury achieved A* grades in Biology, Chemistry, Mathematics and General Studies, and will now be crossing the Atlantic to take up her place at Harvard. Faye Sheldon from Cheadle Hulme was awarded A* passes in Biology, Chemistry, French and General Studies; Faye is off to read Medicine at Birmingham. Knutsford's Rebecca Stockton achieved A* grades in Biology, Chemistry, Mathematics and Spanish; Rebecca will be taking up her place at Manchester to study Dentistry.