Teaching, painting, singing, early mornings, dancing, jeep rides, baby wipes, hand sanitiser, Malarone, Rihanna’s latest song and a Gambian hospital. All of these came together for a week to make the 2010 Gambia trip (15th – 22nd December) an unforgettable experience. 12 Withingtonians – plus Miss McManus, Mrs Pickering, Mrs Browning and Miss O’Neal – attempted to immerse ourselves in the Gambian culture and way of life, even if that meant using the laidback Gambian approach to excuse a rare lack of punctuality or simply eat delicacies such as chicken yassa and domoda. 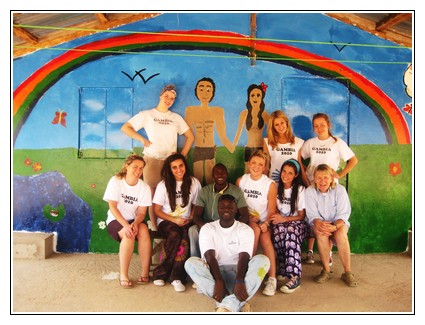 Our main activities took place up-country in Sibanor, where we taught arts and crafts to children aged between 3 and 7. Finger painting with 3-5 year olds is no easy task as 6 members of the team discovered when one child tipped over a whole pot of paint. Luckily, they simultaneously discovered the versatile uses of the baby wipe, and why Miss Browning had insisted it was a staple item to pack. We were made to realise our lack of rhythm and outdated moves by the children and staff of the pre-school, who treated us to performances of Gambian singing and dancing. Half the group returned the next day and painted a Garden of Eden scene on a wall whilst the other painted an African sunset at the nearby HIV clinic. Both murals were extremely successful and striking and we were assured that they would be thoroughly enjoyed by the children and patients. A tour of the clinic was one of many moving experiences of the trip, as we observed first-hand the schism in medical resources between the Western and Third World and the invaluable work being done for the local community. 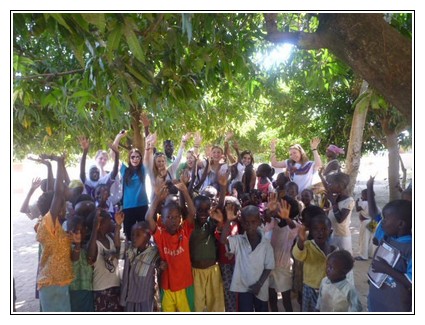 Upon return to our comfortable Senegambia hotel, we spent the remaining days at an environmentally sustainable farm and Lamin’s compound. The farm aims to give practical advice to local farmers and train the workers, who are mostly women, agricultural techniques which will allow them to consistently cultivate the best crops. The trip to Lamin’s compound was outstanding, not only because of the mass of adorable children who waited for us and held our hands upon arrival, but also as we were able to see the chicken farm which had been funded by the previous group and the computer centre which we had contributed to. It was rewarding to see Withington’s hard work paying off in reality and a song composed by the staff of Mama Tamba nursery school commending our continued support was extremely touching. 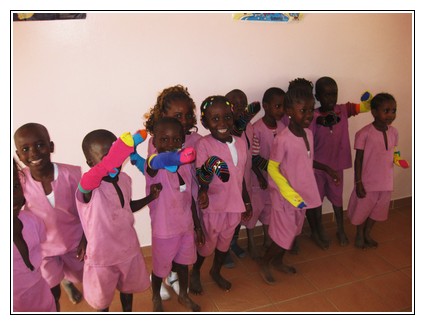 By the end of the week (which felt like a month – in a good way), we were bartering pros at the local market, skilled at removing crabs, bats and monkeys from rooms, accustomed to the shouts of “TOUBAB! TOUBAB!” on the street (what we thought were endearing greetings turned out to be assertions of our race, “toubab” meaning “white man”!) and contemplating kidnap of a Gambian child each. 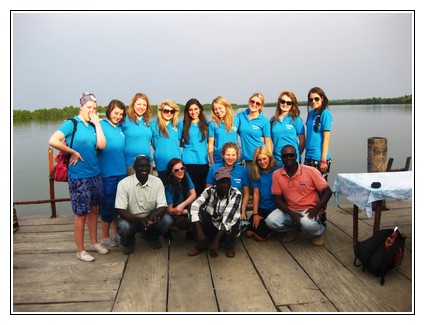 Although we were unfortunate enough to have one member of the team admitted to hospital with a bacterial infection, I am sure I speak on behalf of all of us when I say that there are enough memories, both happy and moving, to last us a lifetime. Whether singing “What’s my name?” at the top of our voices in the Jeep, handing out pencils, crayons and sweets to children on the street or clutching our noses at the smell of the fish market in Banjul, the Gambia trip was a truly educational and extraordinary week. I would like to thank both the staff that accompanied and tolerated us, the other “Gambia Girls” themselves for being such great value and Miss Browning, without whom the whole trip would not have been possible. 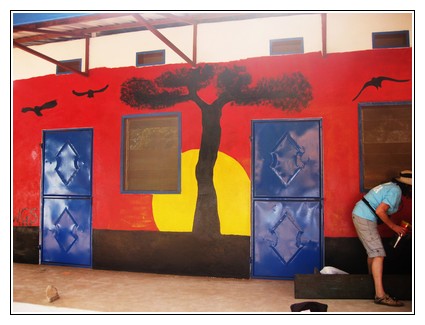