Dressed for the part! 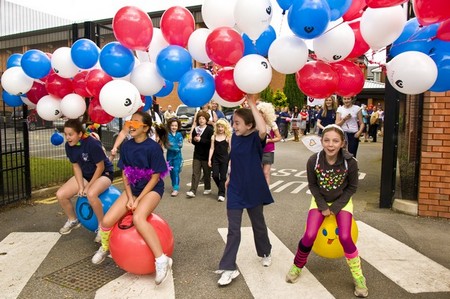 More than 200 women and girls took part in the sponsored run along a 4k route taking in the Fallowfield Loop cycle path and starting and finishing at the balloon-festooned school gates.

It's hoped that funds from this September's run will outstrip the sum raised a year ago. A cheque for £4,257 raised by the 2008 WiGS 4 Life run was presented to Christie's a week before this year's run. Appeals Officer Mr Howard Newhall accepted it on behalf of the renowned hospital. 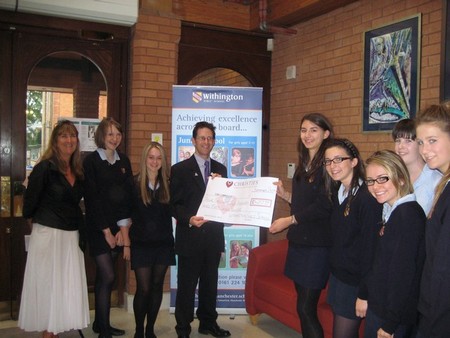 Ms Jane Maher, who organised the event, said: "The girls raised a terrific amount of money and it's great to be able to make a difference by supporting Christie, a wonderful institution that's just down the road."