Proving that Young Enterprise is not the preserve of the Sixth Form, Upper II girls have been learning how to run their own company. Divided into four companies, they began from scratch – designing and making their product then finally marketing and selling it.


After weeks of hard work including cutting, threading and sticking, the 18th and 19th June saw the Junior Resource Room become a marketplace where the finished items were sold.

Bold, selling customised organic bags, was sold out within 10 minutes, shortly followed by Click who made and sold key rings. There were a few photo frames, made by Snap, and bracelets by Fame left after the first day's trading but all were sold by the end of the 2nd market day. 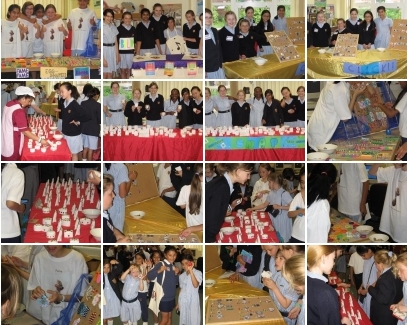 See a picture gallery of the market day

All four companies worked superbly well throughout the process; beginning with ingenuity in their product design, in which they had to consider costs and profit margins, before raising capital by selling shares. They then got down to the manufacturing stage followed by the creation of persuasive advertising and marketing campaigns, which succeeded in bringing hoards of customers to buy their products on market day.

A magnificent £400 – to be shared between the British Heart Foundation and the Meningitis Trust – was raised. Thanks, especially, go to the long-suffering shareholders who provided the capital to get the project off the ground, then generously allowed all the profit to go to charity.