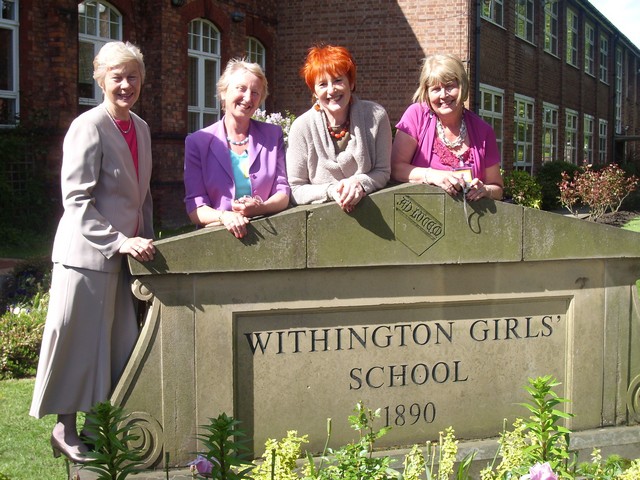 A sunny, breezy early summer day saw the return of more than 60 Withingtonians and 10 former members of staff to the gates of Withington Girls’ School last Saturday 16th May for a Swinging ‘60s Reunion.  Reminiscences were in abundance as old friends found each other once more some 40 to 50 years after leaving school.

The day started with a welcome address in the Arts Centre given by current Headmistress, Janet Pickering over a glass of sparkling wine. Former girls and staff were treated to a wonderful display of photos and newsletters from school in the 1960s against a soundtrack of 60s chart toppers. Even an old school hat and scarf made a guest appearance. Mrs Pickering introduced Head Girl, Alana and Deputy Head Girls, Mehreen and Emily before welcoming the former pupils warmly back into school, disclosing with delight that she herself is a child of the ‘60s. Mrs Pickering welcomed former members of staff including Miss Marjorie Hulme, Miss Amy Morris, Miss Pip Parsons, Mrs Audrey Park, Miss Joan Heneghan and Mrs Christine Manning as well as two old girls who had travelled from Australia and Canada to be with us!

Mrs Pickering honoured Withington’s past before going on to give guests a snapshot of the exciting developments taking place in School today such as the School’s Bursary Fund, which enables almost 100 bright girls from all backgrounds to attend Withington Girls’ School, and the recently opened Sixth Form Centre.

A buffet luncheon was served while old girls pored over a specially prepared ‘1960s Quiz’ resulting in a tie-break between three of the nine tables.  The champions emerged, however, guessing correctly the year of President John F Kennedy’s assassination!  Guests were then taken on tours around school sparking off further memories, before catching up over tea and coffee.  Past pupils and teachers alike exchanged email addresses and phone numbers before waving goodbye to each other and returning to their various corners of the country and the globe.

Ms Clare Flynn is an old girl and now works for the school as Development Director “Thank You to all who came and contributed to such a warm cheerful atmosphere. I hope you enjoyed meeting each other again as much as I enjoyed meeting you.”Guests remarked of the Reunion:  “There was a lovely atmosphere today and the meal was excellent” “It is so interesting to meet schoolmates from 40 years ago and to hear of their diverse lives and interests” “You made us all so welcome, and it was a real pleasure to see so many familiar faces and to renew old friendships.” 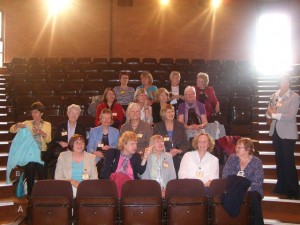 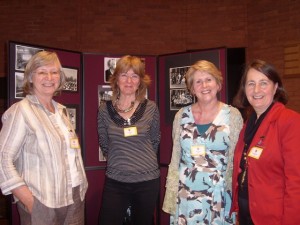 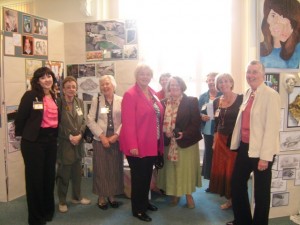 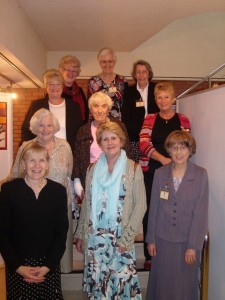 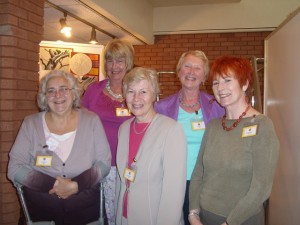