Please see below to find out about the experiences of professionals working in the areas of Science, Technology and the Built Environment. 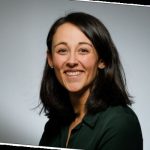 Charlotte completed her studies at Withington in 2012 and went on to Newcastle University where she gained a BSc in Biomedical Sciences. She is now a IT Project Manager for AstraZeneca UK. She is passionate about seeing how innovative technology can support and improve the delivery of life-changing medicines to patients. 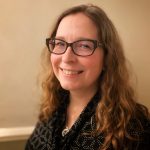 Alison McGurk – Head of Architecture, Data & Intelligence for Operations IT at AstraZeneca

Alison (Class of 1991) is Head of Architecture, Data & Intelligence for Operations IT at AstraZeneca, based at the AZ Macclesfield site. Alison has a degree in geophysics from the University of Edinburgh, PhD in geology from the University of Leeds and an MBA. She has worked in IT teams for multinational companies for over 20 years, experiencing a variety of business analysis, project management and architecture roles at Unilever, Tesco, Sainsbury’s, and the Co-op, prior to AZ. 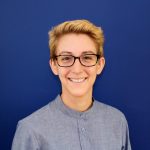 Loretta (Class of 2002) has been working in the construction industry for five years. During that time she has won two emerging talent awards, from WeAreTheCity and Northern Power Women, and has presented at the 2018 European Women in Construction conference held in Amsterdam.

Construction hasn’t always been her focus. After WGS she completed an Art Foundation course then studied Theatre Design at Wimbledon School of Art before working in design for theatre, film and television in London for several years. She then completed a Master’s degree in Design at Manchester School of Art where her peers studying Architecture introduced her to the idea of construction. She loves working with buildings as the focus!

Loretta also volunteers National Deputy Chair for NAWIC – the National Association of Women in Construction – which is dedicated to supporting women working in the construction industry. 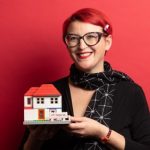 Lisa is an RIBA Chartered Architect and set up Raynes Architecture in 2010. She founded Manchester Curious in 2015 and has now set up Pride Road, the Architectural Practice Franchise.

She is a successful domestic residential architect with twenty years post-qualification experience. Lisa has worked for Halliday Meecham in Manchester, Ian Simpson Architects, Urban Splash and also in New York. She studied architecture at Leeds Metropolitan University, before completing her Diploma in Architecture at the Bartlett at UCL. She is a Past Chair of the RIBA NW Solo Practitioners Group and Past Trustee of learning disability and mental health charity, Outreach. She is also a Past Chair of Women in Property’s (WiP) North West branch.

Lisa is passionate about making the industry a better place for women and has developed her innovative and highly relevant business approach into a franchise. 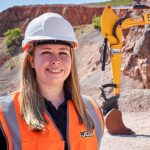 Having completed A Levels in Maths, Physics and Geography at Withington, in 2013 Tash went on to complete a Master’s Degree in Mechanical Engineering at the University of Exeter, graduating in 2017. Having applied to numerous graduate schemes, she accepted a place on JCB’s 16-month Manufacturing Engineering scheme. This enabled her to complete four placements in various departments before taking on a permanent role as a Design Engineer in the Attachments business unit where she worked on projects including the development of the new Electric Dumpster. She recently accepted a new challenge at TÜV Rheinland as an On-Track Plant Engineer where she certifies maintenance machinery for safe use on the railway. 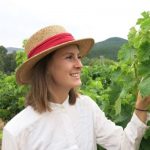 She spent some time working on her family’s farm in Chile and ever since has had a deep kinship with the land, balanced with the weight of the perpetual risks and unknowns. She has developed software initially for her family’s farm in Chile, then widening this out to smaller scale farmers. Abby loves to code but her niche lies in the ability to work closely with the people who use these systems, to create something that works for them. Abby is committed to supporting the farming community to thrive and so also makes a podcast, Famarama. She is always looking to take on new experiences and, although she doesn’t usually fit a specific job description, she has honed the skill of learning fast and can bring new perspectives to whatever project she is working on. 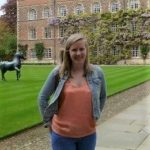 Clare (Class of 2005)  studied Maths, Physics, Chemistry and Art for A-level, then went on to study Natural Sciences at the University of Cambridge, specialising in Materials Science for her last two years. Following on from there she joined Mercedes High Performance Powertrains as a Materials Engineer on a graduate scheme, working with a team of people to designer, manufacture and build Formula 1 engines. In 2016 she moved teams to join Williams as Head of Materials, and then in 2019 she moved over to head up their Engineering functions within Operations as Head of Quality & Manufacturing Engineering. 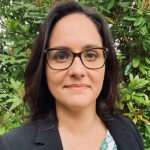 Lara has worked in local government, across the Built Environment Sector in a variety of roles. Following completion of a BA in Architectural Studies at the University of Nottingham, she joined English Partnerships – the National Regeneration Agency on a graduate training programme. During the two-year programme she joined teams across the country working on a range of large redevelopment projects which aimed to improve the condition and quality of places, by providing new homes, places to work, open spaces and local amenities.

Whilst training, Lara undertook a Masters Degree in Town Planning. Using this, she joined the South Downs National Park Authority and worked in Planning Policy. This work looked at how, when and where development was needed over the next 25 years, within this brand new National Park. Lara moved to work on largescale regeneration projects at a local authority and undertook a Post-Graduate Diploma in Urban Design. Most recently, Lara joined Highways England as the regional Head of Planning and Development for the South East.

Sophie left Withington in 2004 to study for a BSc in Environmental Geoscience at the University of Edinburgh. She also holds an MSc in Engineering Geology from Imperial College London. Sophie currently works as an Engineering Geologist for AECOM, in commercial and residential construction and managing geoenvironmental investigations. 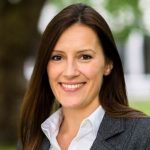 This video is available on the RISE Live channel on Microsoft Stream.

Last Summer we interviewed alumna Inga Deakin for our RISE Live careers talks. Inga was Head Girl in 2000-2001 and went on to pursue a BA (MA) in Natural Sciences from the University of Cambridge followed by an MSc and PhD (DPhil) in Neuroscience/Psychiatry from the University of Oxford. Early in her career she worked in tech transfer with a biotech incubator in London before becoming Principal with a venture capital fund which raised ~$600m to find, build and invest in university spin-outs from the Universities of Cambridge, Oxford, Imperial and UCL.  She helped form companies, build management teams, lead early investments and build venture capital investor syndicates, and represented the fund on the board of 5 companies, two of which are were acquired by large corporates.

She moved to North Carolina in 2017, where she became Chief of Staff in a diagnostics company commercialising a liquid biopsy technology.  Inga is now Mentor-in-Residence with Duke New Ventures and Entrepreneur-in-Residence in the Department of Biomedical Engineering at Duke University. Since the interview she has moved back to the UK and is now Principal at Draper Esprit, We are Draper Esprit, a venture capital firm investing in disruptive, high growth technology companies.

Last Year Kirstie (Class of 2001) was interviewed by then Year 13 student, Tea Melanovic, for the Manchester Literature & Philosophical Society’s first online event, ‘There are no adults: My journey to realising that no-one has a plan!’, was aimed at encouraging young people to consider a career in STEM. Kirstie, our Founders’ Day speaker in 2018, offered some very interesting insights into her career  and how it had developed. Listen to the talk here.