There are a whole range of careers available in this field. Watch the videos below to get an idea of the different opportunities available. 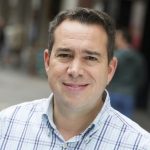 Kenny, a highly respected West End Theatre producer, is currently serving as Vice President of the Society of London Theatre after three years as President. He has produced SIX (nominated for five Olivier Awards and playing to sold out audiences in London and on UK tour), Top Hat (winner of four Olivier Awards, including ‘Best New Musical’), Once on this Island (winner of the Olivier Award for ‘Best New Musical’). Productions with Mischief Theatre include: The Play That Goes Wrong (winner of the Olivier Award for Best New Comedy, currently playing at the Duchess Theatre), Peter Pan Goes Wrong, The Comedy About A Bank Robbery, Mischief Movie Night (playing a Christmas season at the Vaudeville Theatre) and their latest venture Magic Goes Wrong, in collaboration with infamous Las Vegas magicians Penn & Teller. Family productions include Hetty Feather, The Gruffalo, The Worst Witch and Mr. Popper’s Penguins. 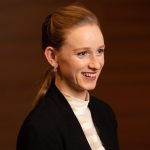 Tori Longdon left Withington in 2009.  She completed her undergraduate degree in English Literature at the University of Durham and went on to study choral conducting at the Royal Academy of Music. She now leads a busy life conducting and adjudicating. She is a conductor for NYCGB (the National Youth Choirs of Great Britain) and a choral practitioner for the Voices Foundation. Tori is a passionate advocate of classical music and music education in all its forms. She coaches voice for the Royal Schools of Church Music and internationally, most recently in Poland and China. Tori is currently a conductor on Songs of Praise and an adjudicator for their ‘Young Choir of the Year’ competitions. She appeared as a judge on two series of the The Choir with Gareth Malone. During lockdown she co-founded the online Stay At Home Choir. 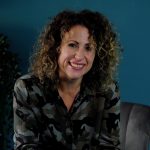 Natalie is an award-winning voiceover artist with over 15 years’ experience voicing TV and Radio commercials and corporate and e-learning work. In May 2020 she voiced the Netflix series History 101. Voiceover clients have included, Sky One, BBC 3, Audible, Spotify, Mercedes, Bose, LinkedIn, Next, Santander and Asda.  She is an established radio broadcaster, having presented for Global Radio for Heart around the UK, including five years on breakfast and more recently for Bauer’s Hits Radio. In 2014, Natalie launched The Fertility Podcast. To date she has released almost 300 episodes highlighting the importance of fertility education. The podcast has had over half a million downloads in over 90 countries. She hosts and produces Health Unwrapped for Bioglan, as well as voicing corporate podcasts and adverts. Natalie is also an established presenter and host of live and online events.

Bennett is an award winning comedian and comedy writer, currently starring the Radio 4 Series Alone. He has written and starred in two radio series, Bennett Arron Worries About… and Bennett Arron is Jewelsh, both of which were nominated for the Celtic Media Awards. His presenting work includes the BBC documentary, The Kosher Comedian, tracing his family’s roots from Lithuania to South Wales, presenting on BBC 3 Counties Radio, Big Brother’s Little Brother for Channel 4 and the BBC comedy series Glee Time. He has performed nationally and internationally and appeared as a guest on shows including Loose Ends (Radio 4), Not Tonight With John Sergeant (ITV), Never Write Off The Germans (Radio 2) and Lorraine (ITV). He was BAFTA shortlisted for presenting and directing the Channel 4 documentary How To Steal An Identity. 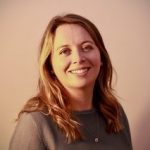 Imogen left Withington in 2007. Following her graduation from the University of Oxford with a degree in Music (MA Hons. Oxon), Imogen built on her Choral Scholarship at St. John’s College, Oxford by studying voice in Stuttgart, Germany. Upon returning to the UK, Imogen began her career as Concerts Administrator for the Northern Chamber Orchestra and Lancashire Sinfonietta, later working for Decca Classics, Universal Music, assisting record producers with the artistic development and organisation of new releases in the Artists and Repertoire department of Decca’s classical wing. An experienced and respected Artist Manager, Imogen learned her craft at Askonas Holt (2013-2020) as a Senior Artist Manager, (and previously as tour manager of the Berlin Philharmonic orchestra and other major international ensembles) before setting up her own company, Lewis Holland Artist Management, in September 2020. 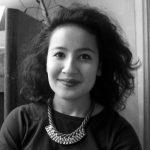 After leaving WGS in 2013, Zara graduated with a First Class Honours degree in Ancient Greek and English Literature from King’s College London. For the past 6 years, she has been based in London working in the music industry, starting off in PR and then moving into A&R (scouting) and music production. During my time at Universal, I have worked with solo artists and also have experience working on soundtracks, including the forthcoming Hans Zimmer soundtrack for the new James Bond film, No Time To Die. 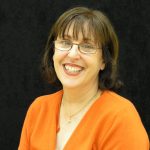 Marilyn is a piano teacher working privately from home in Altrincham.  She also teaches class music at a primary school in Heald Green and run several choirs.  She is a freelance musical director for several amateur dramatic societies and holds a Masters and a PhD in Psychology for Musicians from the University of Sheffield.