Welcome to Session 3 of our Careers Convention videos. This week we are featuring professions in the world of medicine and healthcare. We also take a look at veterinary surgery.

Find out about Veterinary Surgery

Find out about Dentistry and Optometry

See below for other careers in medicine & healthcare. 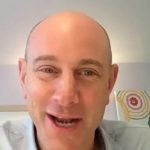 Colin studied Medicine (MBChB) in Cape Town where he then worked in a variety of medical specialisms before relocating to London where he undertook his my postgraduate Paediatric specialist training (MRCPCH). He gained further experience in Sydney Australia. His subspeciality training was in Paediatric Emergency Medicine. Moving to South Manchester, he took up a consultant post in Salford working at the Pendelbury Children’s Hospital and then helped set up the Paediatric service in Salford: the PANDA unit. Currently his job entails Paediatric emergency care, general and allergy outpatient clinics and undergraduate medical education. He also has private paediatric clinics at the Spire and Alexandra Hospitals in Manchester. 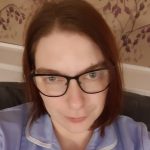 Aged 16 Sophie didn’t have a clue what she wanted to do in life. Following AS Levels she took a year out to do an NVQ in professional cookery but, realising that it wasn’t for her, she went back to college and chose 4 A Level subjects that she thought she would enjoy. Having spent a week shadowing nurses at Bolton Hospital’s children’s ward, she undertook a Children’s Nursing degree at LJMU in September 2015 and in September 2018 became a staff nurse on the Paediatric Intensive Care at the Royal Manchester Children’s Hospital and has have never looked back!

Afshan (Class of 1989) completed Maths, Physics and Chemistry A Levels before studying Medicine at the University of Leeds. She holds an MSc in Post-Degree Psychiatry from the University of Manchester and is a member of the Royal College of Psychiatry (MRCPsych). She works as a psychiatrist looking after men detained on a section who have severe mental illnesses. She works with a team of nurses, other health professionals and doctors. She says, “We are on the verge of many radical and exciting breakthroughs in neuroscience and psychiatry. It is an exciting time to join the profession.” Afshan also trains medical students. 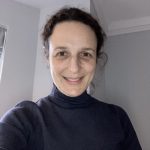 Helena (Class of 1994) is a GP Partner working in Stockport. Following a gap year in Israel, she studied Medicine at the University of Leeds, including spending eight weeks in Barbados for her elective. Having qualified as a doctor, Helena returned to Manchester, completing her house jobs in Oldham and Stockport and her three year rotation in Stockport in General Practice. As a Senior House Officer in the hospital she covered Emergency Medicine, Orthopaedics, ENT, Paediatrics, Geriatrics and Obstetrics and Gynaecology. She qualified as a GP in 2004.

She has now been a GP in Stockport for 16 years and a Partner in her current practice for four years where she works with a fantastic team of receptionists, secretaries, health care assistant nurses, doctors and managers. In addition. Helena particularly enjoys her weekly Care Home ward round.

For her, General Practice has been an exciting, fascinating career, with many different opportunities but, she says, you have to expect that you will be working very hard, challenging yourself each day and also dealing with uncertainty. 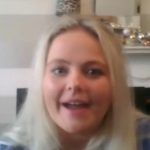 Jasmine (Class of 2011) is currently working as a Foundation Level 2 doctor at Stepping Hill Hospital.

During her elective she worked for the Air Ambulance (‘Who doesn’t want to go up in a helicopter?’). She studied Medical Sciences and Humanities at Swansea University, followed by Medicine at Keele University. Jasmine feels this has been a very positive experience and was also very helpful in helping her to get the position in the location that she wanted once qualified. 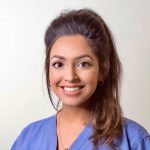 After leaving Withington in 2011, Nikita studied Pharmacy at King’s College London. She then completed my Pre-Registration Training year at Manchester Royal Infirmary, where she stayed for a further 2 years as a clinical pharmacist rotating through a variety of specialties. She currently works as a Senior Pharmacist on the Medical Admissions Unit at Fairfield General Hospital in Bury, where she enjoys working within a team of doctors, nurses and other healthcare professionals every day to provide the best patient care possible. She is due to complete her post-grad clinical diploma and Independent Prescribing qualification by summer 2021. 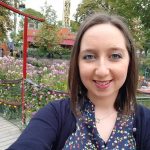 Chloe left Withington in 2011 to study Pharmacy at the University of Nottingham. She now works as a Clinical Pharmacist for the West Hertfordshire Hospitals NHS Trust and is based at Watford General Hospital. She works as part of multi-disciplinary teams looking after patients. She has completed her post-graduate diploma and plans to start her Independent Prescribing qualification this year. She is keen that students know about all the different options that Pharmacy can offer and the ways that pharmacists can have an impact on patients every day. 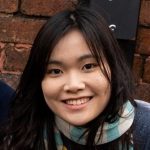 Helen (Class of 2016) is a 4th year medical student at the University of Leeds. She is the current Medical Student Representative of the British Society of Interventional Radiology Trainees group and is the Vice President of X-Posure, the Leeds Undergraduate Radiology Society. As an aspiring interventional radiologist, she has been a part of the organising committee of a regional conference, Yorkshire Imaging and Interventional Radiology Symposium, and has been publishing research articles alongside experts. She is keen to promote IR and research to fellow medical students. 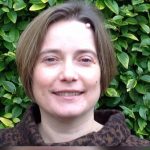 Rachel is a Consultant Clinical Psychologist with a BSc from the University of Hull. On leaving university, she worked as an Assistant Psychologist in a forensic unit for offenders with personality disorders. She then trained in clinical psychology at Manchester University and graduated in 1993. Rachel worked in the NHS for 22 years across a range of settings but specialising in eating disorders where she was clinical lead for 4 specialist services across a county. As well as clinical work, Rachel’s role included management, clinical leadership and strategic service development. Rachel has regularly taught and supervised other health professionals, doctorate level trainees and has presented at conferences. She left the NHS in July 2015 and established her own private practice CHANGES where she sees a range of adults, couples, young people and their families as well as supervising other psychologists. 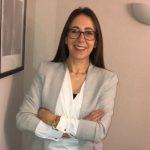 Louise is a BACP Accredited Counsellor working in my own busy private practice. She started her career working on an occupational health counselling team. She trained as a counsellor as a second career after a career break to have her family. She also combines my passion for writing with her work, as a BACP media spokesperson. She sees both individuals and couples who may be struggling with their mental health, want to work through difficult issues or who are facing problems in their work, family systems or relationships. 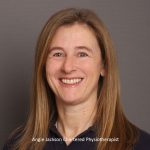 Angela has been a physiotherapist involved in treating people in sports at all levels, both in the UK and Canada, for the last 30 years. Her major interest is in developing the younger athlete. She has worked with England Cricket, England Volleyball, Premier League Hockey clubs and is the Consultant Physio to Cheshire Cricket Board. She is one of the few golf Level 3 Medical Titleist Performance Institute practitioners in the UK. 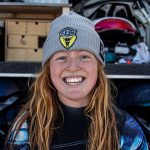 Sarah is a professional windsurfer competing on the Professional Windsurfers’ Association (PWA) World Tour, and has recently graduated from the University of Bath with a first class BSc (Hons) in Sports Performance. In windsurfing she has won a Youth World Title in Slalom racing, which she achieved whilst at University and now has her sights set on winning a PWA World Title. https://www.instagram.com/sarahjack0/