Please see below to find out about the experiences of professionals working in broadly in the areas of marketing, communications, journalism and retail. 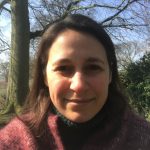 After leaving Withington in 1995, Sarah studied English and French at the University of Birmingham. Her career in Marketing has involved working client side for 10 years at Cadbury on confectionery and then at GSK (GlaxoSmithKline) on soft drinks. She then moved agency side where she has focused for several years on Marketing excellence, building capability with Marketing teams around the world. She has a passion for Digital and over-sees the Marketing & Social media strategy at fusion learning. She is also currently training for a Post Graduate Diploma Psychotherapy. 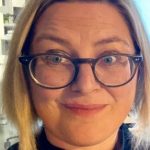 Eleanor is the Managing Director of a PR and Communications agency which works with technology companies. After leaving WGS in 1994, she studied Classical Studies at Manchester University. She’s worked in Public Relations ever since, mostly in large agencies in London, with a couple of years in New York, Delhi and Scandinavia. Eleanor now lives near Bristol and her agency specialises in government, politics and technology. At school, she wanted to be an archaeologist, or a journalist. She mentors start-up businesses at Bristol University and also graduates looking for their first jobs in communications. 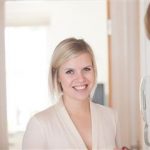 Harriet (Class of 2006) studied International Business at the University of Warwick. She has 10 years experience in delivering transformative brand and marketing programmes, covering all aspects of brand management including strategy, design, campaigns, culture and communications. Her clients have included Volkswagen, Balfour Beatty, Lockton, Severn Trent and Team GB /The British Olympic Association. Having worked on the agency side, Harriet moved to World Sailing to drive the development and implementation of the Federation’s rebrand, establishing World Sailing as a leader in sports simulation/eSports in the Olympic movement, and she played an integral role in commercial activation for partners including Rolex and SAP. Harriet is now the Marketing and Communications Director for a newly formed sports safety NGO (Non-Governmental Organisation), Podium Analytics. 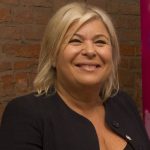 Based in Manchester, Danielle has over thirty years’ experience working in the publishing and media industry. She provides solutions for brands through advertising, initially this was in print magazines but this has now expanded to include digital platforms. She has particular expertise in fashion, beauty and homeware brands and has spent much of her career working with GHD N Brown Group, Boohoo, Asda, and luxury travel clients at CEO level down. 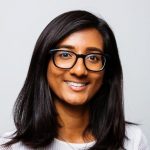 Soniya left Withington in 2007 and went on to study Law at the University of Cambridge. She worked as an account director for public and corporate affairs consultancy, Bellenden, before becoming a freelance pyblic affairs and communications consultant. During this time she was the Co-Chair of the Executive Committee for Women in Public Affairs. She is now Head of Marketing & Communications for BNZSA, a Spanish Marketing & Advertising agency specialising in technology products for businesses.

Deborah and Sophie have made a video together. *Please note this was made in accordance with government Covid guidelines in place at that time. 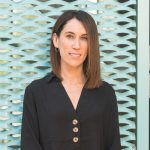 Deborah (Class of 2002) is a freelance journalist and features writer for national news and magazine titles, including The Guardian, The Telegraph, The Sun on Sunday, Grazia, The Independent and The Huffington Post. Her background includes political journalism and war reporting from places such as Iraq and Afghanistan, features and lifestyle, breaking news and PR campaigns. She was also political editor at the Manchester Evening News. She has also lectured in multimedia journalism for Manchester Metropolitan University.

Having studied English Literature at Durham University, Sophie (Class of 2008) moved to London to complete a Masters in Journalism at Goldsmiths College (part of the University of London). During her MA, she gained experience at several newspapers including the Hampstead and Highgate Express and the Independent on Sunday. Shortly after graduating, she got a job at The Guardian, working as a subeditor – editing copy and writing headlines for print and web. After three years she became Deputy Mobile Editor, focusing on The Guardian’s app content. Sophie is now the Deputy Membership Editor at the Guardian, responsible for enhancing loyalty among our readership and developing their reader-funded business model. 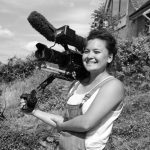 Selina (Class of 2008) studied French and Latin at UCL with a year abroad in Lyon, France. After graduation she began to forge a career in television, starting at the BBC, and has worked in factual television and documentaries ever since.  She is now a Producer/Director on primetime factual series for the BBC, Channel 4, ITV, National Geographic and Apple TV. Working on programmes such as Grand Designs, Long Lost Family and Becoming You, she has filmed around the world in countries such as Russia, Colombia, Turkey, France, New Zealand and the US. She is passionate about visual story-telling and the arts and currently lives in Brooklyn, New York. 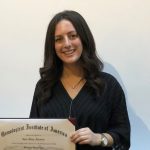 Having studied Psychology , English Language, Economics A Levels, Chloe (Class of 2012) moved on to the University of Nottingham where she gained a BsC in Industrial Economics. She then gained experience in marketing and PR with a pearl wholesaler before becoming an Account Executive for a PR company looking after watch and jewellery brands. She is a graduate of the Gemological Institute of America before becoming a Management Trainee and then Assistant Buyer at Beaverbrooks. 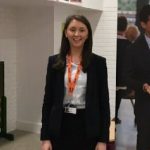 Camilla left Withington in 2010 and studied Classics: Latin & Greek at the University of St. Andrews. She has been an Area Manager for Aldi UK for six years, having gained a place on their Graduate Trainee scheme, listed as one of the top graduate trainee schemes by The Times Top One Hundred. She is responsible for the operational management of a small group of Aldi stores with a yearly turnover of approximately £40 million. Recently she has also undertook a role as a Christmas Trading Project Manager for Aldi. 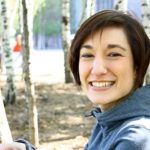 Laura (Class of 1998) has over 20 years’ experience working in the charity and public sectors, shaping voluntary and public services including domestic violence services, breast cancer treatment and care and the way that hospitals are run. She studied Medieval & Modern History at the University of Birmingham, after which she fulfilled a childhood dream to dance professionally. Following this she worked as Volunteer Development Manager with Jewish Women’s Aid and then for 9 years at Breakthrough Breast Cancer Care, managing a 2,000 strong network of community breast cancer activists. She retrained as a Pilates Instructor and founded Ignite Pilates, a mobile Pilates Studio in SW London. After two years managing her own business, Laura missed the drive of service improvement and moved into the NHS as Head of Volunteering, combining senior leadership skills with a passion for the contribution volunteers can make to transform services and shape patient experience in hospitals. Laura is a consultant to HelpForce, a national organisation driving impact in hospital-based volunteering and is also a trained Executive Performance Coach.