Please see below to find out about the experiences of professionals working in the areas of law and associated fields, charities and NGO’s, sports organisations or charities and the public sector, including the civil service. 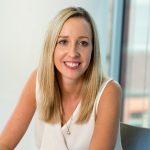 Joanna is an employment solicitor at DWF in Manchester, specialising in a range of both contentious and non-contentious employment law matters. On the contentious side, she advises on unfair dismissal, redundancy, and discrimination claims in the Tribunal, as well as advising on the terms and effect of settlement agreements. On the non-contentious side, she drafts employment contracts, service agreements and company policies and procedures, as well as providing support with the due diligence elements of corporate and banking transactions and advice on complex transactions involving TUPE considerations. (Transfer of Undertakings (Protection of Employment) Regulations).

She left Withington in 2010, having studied English Literature, History and Government & Politics A Levels. She studied English Language & Literature at Leeds University and subsequently studied for her Graduate Diploma in Law and her LPC (Legal Practice Course). 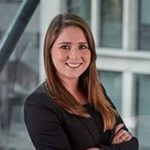 Lucinda (Class of 2009) is a solicitor specialising in Commercial Contract Law, in particular advising on complex, high-value, commercial transactions and intellectual property law. Lucinda’s recent experience has included advising Volkswagen in its multi-billion pound collaboration with Ford, the largest strategic alliance in the world at the time, advising a London landmark on the commercial arrangements to do with its development; and advising a large supermarket chain on its collaboration with a well-known sports personality. She studied Law at Bristol University and also has a post graduate law qualification. 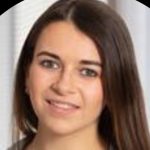 Lucy left Withington in 2012 having competed A Levels in History, English Literature and English Language. Following a gap year, she studied Law at Durham University during which time she secured a solicitor’s two-year training contract at International Corporate Law firm, Hogan Lovells. She studied for her LPC (Legal Practice Course) for six months to be a solicitor and then completed her training contract. This entails working in different departments on a rotation to see which areas you prefer. Lucy really enjoyed Intellectual Property – this means copyrights, trademarks and patents and how we protect ideas using the law. She remained at Hogan Lovells working in their Tech Law department for just over a year before moving to Sky in January 2021 where she is an an in-house lawyer. This means instead of working at a firm and helping lots of clients, Sky is her only client. She helps negotiate contracts between Sky and the different channels on the platform. As a lover TV her new role allows Lucy to use her legal skills in an area she is passionate about. 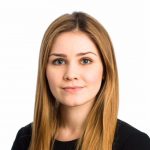 Rebecca Livesey (Class of 2011) is a barrister practicing at No5 Chambers in London.  She specialises in business and property, clinical negligence, and personal injury work.  She has a busy court practice, as well as leading client conferences and completing paperwork of all kinds.  Rebecca also teaches advocacy to Bar Course and LPC (trainee solicitor) students at BPP University.

She studied Classics at Durham University before completing her GDP and BPTC. She also holds a Masters of Law from UCL. 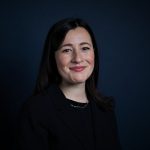 Harriet is a criminal barrister who practises in Manchester at the Exchange Chambers. She completed her training (known as a pupillage) in September 2020. She has also undertaken a three month secondment with the Crown Prosecution Service as a Senior Crown Prosecutor. Harriet is from Manchester originally, and studied Law at LSE.

Charlotte (Class of 2007) studied Sociology at the University of Durham and holds a Masters in International Development from the University of Manchester. She joined the Metropolitan Policeas a uniformed officer. She became a detective and initially specialised in investigating serious sexual offences. She currently works in the Department of Professional Standards, investigating internal misconduct and deaths after police contact.

Charlotte left Withington in 2005 to study Politics and American Studies at Nottingham University. She has also completed a Graduate Diploma in Law (GDL) and the Bar Professional Training Course (BPTC). She then joined the civil service, working with ministers, permanent secretaries and found herself on a one year operational tour of Afghanistan … the rest is history! 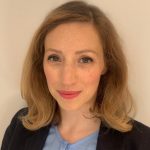 This is a recording from our RISE Live talks last summer. It is on the RISE Live channel on Microsoft Stream.

Natalie left Withington in 2002 and went on to gain an MSc in English & Modern Language (English Literature & French) at the University of Oxford.

After joining the graduate trainee scheme at Axa, Natalie spent 5 years in insurance before joining the public sector with a move to the Department of Business Innovation and Skills at a Senior Policy Advisor.

Natalie is now Acting Deputy Director in the Elections Division of the Cabinet Office and is responsible for a wide portfolio of policy issues related to democracy and elections.   It’s Natalie’s job to deliver on a number of manifesto commitments: rolling out voter ID in polling stations; changing the eligibility rules and process for overseas voters; dealing with the intimidation of voters and candidates; minimising the potential for electoral fraud in postal or proxy voting.  She delivered legislation to allow the early, unscheduled General Election of December 2019 and emergency legislation to postpone the May 2020 elections in response to Covid-19. 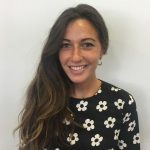 Jess Manville (Class of 2010) is the Director of Foreign Relations at the Geneva Initiative, a joint Israeli-Palestinian NGO (Non-Governmental Organisation) working to promote the two-state solution. Prior to this she worked as a journalist at i24NEWS. Before moving to Israel, she worked as an advisor to a British Member of Parliament who was shadow Secretary of State for Northern Ireland. Jess has an MA in Conflict Resolution and Mediation from Tel Aviv University, and a BA in History from the London School of Economics. 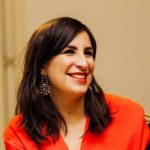 Gabby founded Bloody Good Period in 2016, a charity which tackles the issue of period poverty by distributing period supplies to asylum seekers, refugees and those who can’t afford them. The charity offers educational sessions and encourages conversations around periods. She launched the charity having volunteered at an asylum drop in centre where she realised that menstrual products were not included on the list of essential items for clients. She left Withington in 2004 and has a background in creative arts. Following a foundation course at Leeds College of Art and Design, she completed a degree at Newcastle University in English Literature, Fine Art and History of Art. She also holds a Masters in Applied Imagination in the Creative Industries from St. Martins. 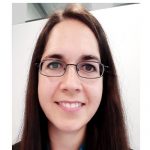 Claire Daley – Deputy Director, I Can Be

Claire is Deputy Director at I Can Be, a charity that aims to break down barriers to opportunity for children and young people from disadvantaged backgrounds. The charity’s programmes broaden their horizons and raise their aspirations by introducing them to the world of work. Claire is an experienced project manager and editor, having gained wide-ranging experience while working in the non-profit sector, the civil service, a social policy think-tank and a professional education publishing house. 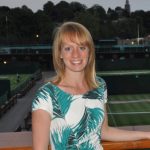 This talk is available on the RISE Live channel on Microsoft Stream.

Having completed A Levels in French, German and English, Michelle went on to read French at Somerville College, Oxford. She has spent the last 10 years working in various commercial partnerships and fundraising roles within the sports and charity sectors. After an internship at sports agency IMG, assisting the French Golf Federation on a successful bid to host the Ryder Cup, Michelle became a Sponsorship Manager at the Lawn Tennis Association, responsible for activating partnerships and growing revenue within their commercial programme before moving to Cancer Research UK where she helped to grow sponsorship for initiatives such as Race for Life and Stand Up To Cancer. Michelle is now Head of Foundation Partnerships at City Football Group (owner of Manchester City FC) where she works to extend the outreach of their football clubs across the globe within local communities. 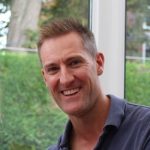 Following a 14 year playing career, Mark has been involved in professional cricket coaching for 7 years. He was a pupil at MGS and went on to study Business Economics at Durham University before becoming a professional cricketer for Lancashire. He holds a Postgraduate Diploma in Personal and Professional Development and a Masters in Sports Directorship ad Sports Business. He returned to MGS as Director of Cricket from 2012-14 before moving back to Lancashire CC as a coach. He has been Performance Director/Assistant Coach at the club since 2018.