There is a wide range of creative careers. Here is a taster of a few of them. 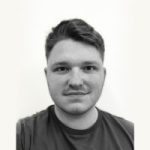 Joe is the Creative Director of an agency based in Manchester specialising in branding, web design and illustration. 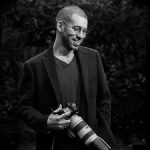 It didn’t occur to Rob until his early twenties that photography could be a viable profession. Since then it has become a way of life, as well as his career. He says that through taking photography seriously his approach to every day life has changed. Based in Manchester, he specialises in wedding and occasion photography and is in demand across the UK and beyond. 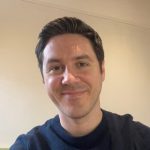 Tom is a Series Development Producer for the BBC’s CBeebies. He leads teams to create animation and mixed media projects. He has been a Series Producer on JoJo & Gran Gran and for Kit & Pup. He has a BA (Double Honours) in English & Drama from The University of Manchester.

She has completed residencies with The University of Manchester; Lazio Museums Centre, Rome; Chisenhale Studios, London; The Atlantic Center for the Arts, Florida and Shanghai College of Fine Arts. She undertakes a variety of collaborations – currently with Adam Smyth, Professor of English Literature and the History of the Book (Oxford). www.nicoladale.com

Malak is pursuing a career in Scripted TV Drama Development. She is part of the Drama Development team at FilmNation Entertainment UK, a leading independent entertainment company focused on the production and distribution of feature films, television and theatre. She left WGS in 2012 and studied English Literature & Theatre Studies at the University of Leeds, followed by a Master’s in Modern & Contemporary Literature, before embarking on her career in TV Production. She has worked on a range of programmes for the BBC, including CBBC’s Blue Peter and BBC One’s Sunday Morning Live. She is also a freelance writer for an online arts website. Malak is also a Governor at Withington Girls’ School.

Hannah is an Embroidery Design Assistant at a luxury design house in Paris. She has two years’ experience in the fashion industry, specialising in embroidery design with experience in print, womenswear and lingerie. She has worked for companies including, Balmain, Emilio Pucci and H&M, which has seen her relocate to Paris, Stockholm and Milan. She holds a BA (Hons) in Fashion Design from Westminster University in London.

Since 2012 Luisa has run her own business offering content solutions for businesses. She creates, manages and develops strategy for digital content for businesses, ensuring that their websites, emails and any written communications are the best they can possibly be. Prior to that she taught PE and loved it. She studied Sports Journalism at university, and in her free time writes theatre reviews for leading theatre review websites. 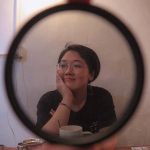 Charlotte Pang completed her studies at WGS in 2015 with A Levels in Theatre and Drama, Maths and Communication Arts. She studied animation at the Savannah College of Art & Design in Hong Kong and later transferred to the Atlanta campus in the US. During her studies, she frequently worked on various international freelance projects as a book cover illustrator, animator and graphic designer. She graduated last year during the COVID-19 pandemic and has been submitting her thesis film, “SoFar”, to various film festivals whilst working freelance. She now works for Bento Box Atlanta. 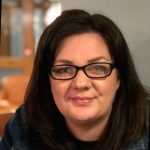 Andrea, a Head Designer, has over 25 years of experience in designing surface-pattern for the home, now specialising in the bedding sector. Many of her designs have been featured on television and in magazine publications and sell on multiple sites such as Wayfair and Amazon, as well as many department stores and small independent traders. She has seen many changes over the years and feels passionately about keeping design in the UK, and developing new and young talent for the future.

Rebecca is a Junior Designer who has been working with Andrea for the last eighteen months and brings the perspective of someone who has recently started her career as a textile designer.