Please see below to find out about the experiences of professionals working in the areas of business, HR, recruitment and finance. 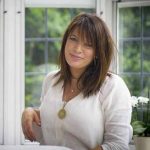 Amanda left WGS in 1993 where she studied English, French and History A Levels and in her final year was Deputy Head Girl. After reading Law at The University of Manchester, Amanda trained as a lawyer in a large City law firm, qualifying into real estate law. After two years practising, she moved to a firm of legal recruiters and spend nearly 20 years as a legal recruiter, the last four of which she was running her own business, ABerg Legal. This experience of building a business took her in a completely different direction and she decided to leave the law altogether and set up an online business. Initially the business was aimed at babies and children with a range of personalised organic clothing. Now, it is aimed at promoting positivity and happiness and includes a range of adult sweatshirts. With the sweatshirts worn by many celebrities and stocked in Next, notonthehighstreet as well as in her own store Percy and Nell, the business is growing rapidly. 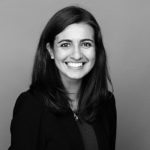 After graduating from Warwick University with a degree in Politics and International Relations, Aneesha (Class of 2007) realised that she was better working with people than in politics. She spent several years in Client Relationship Management and with a niche Recruitment Agency before moving to QS Ltd, a global higher education services provider. In the eight years she’s been with QS, her role has enabled her to travel the world, meeting potential students and clients. As a Candidate Recruitment Manager, she has an extensive Account Management and Marketing and Recruitment remit, as well as managing an international team.

Whilst at Withington Aneesha never knew that the career she has existed. She is keen to open students’ eyes to the extensive range of roles outside of vocational careers and encourage them to understand that there are opportunities outside of a Big Four company. 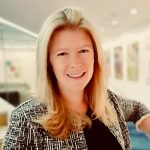 Charlotte (Class of 1996) is a Senior Manager at NetWest group where she has had a range of roles, gaining experience in areas including risk and controls (notably financial crime and conduct/regulatory compliance); portfolio credit management; relationship management and origination (capital markets); business strategy; change and project management; and leadership and coaching. She studied Engineering (Manufacturing and Management) at the University of Durham, graduating in 2002 and has worked for a number of financial institutions before joining NatWest, including Citi, and JP Morgan. 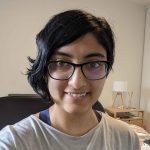 Whilst in her current role Sheanna (Class of 2014) has worked on projects for banks, asset managers, telecoms providers, insurers and engineering firms and has been based out of the USA, Australia, UK and the Netherlands. She started at BCP as an Associate after graduating from the University of Cambridge in Philosophy, where she focused mainly on ethics and the application of philosophy in law with some formal logic. Although Sheanns studied a predominantly arts degree, the main reason she moved into consultancy was because of the extra-curricular leadership roles she undertook at university. She was Vice President of her college JCR and was President of the university theatre. Outside of work Sheanna is also on the Trustee Board of the NSPCC. During 2021 she will be on secondment from BCG to Frontline, to set up and lead an Innovation Lab (this is basically a start-up incubator for ideas aimed at improving children’s social services). 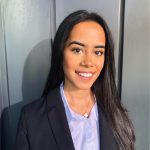 Shreya (Class of 2016) studied Accounting and Finance at the University of Warwick. During her time there, she completed a Summer Internship Placement at Ernst & Young LLP and, through this, she was able to secure a job offer in their International Tax and Transaction Services department. Alongside working, Shreya is also completing her Chartered Accountancy qualification.

James attended the University of Oxford where he gained a First Class Honours Degree in Economics and Management in 2018. He now works as an Investment Banking Analyst for J.P. Morgan. 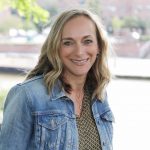 After graduating from Leeds University with a degree in Management Studies & Spanish, Julie spent 9 months backpacking around the world before moving to London in late 1994 where she started her career in Marketing Communications. She moved back to Manchester in 2001 and in 2004 set up a corporate events business which she sold 10 years later.  She now juggles freelance business consultancy and running a busy coffee shop, Common Ground, in Altrincham with her husband, whilst also being a Trustee of 2 charities. 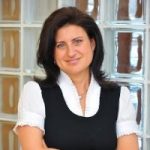 Kerrith has run her own HR, Leadership and Development consultancy since 2001. Her specialities include Leadership Development, Career Management, Talent Management and Executive Coaching and improving performance through Business Coaching. Her clients include KPMG, Disney, BBC, Random House Group, Co-operative Group, Mitie, VW Group, Deloitte, Pets At Home, Barclays, Mastercard, Deutsche Bank and Vodafone. Kerrith previously worked in HR and Recruitment for Pricewaterhouse Coopers and holds a degree in International Studies & Economics from the University of Birmingham. 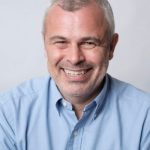 Michael works in the fashion and apparel industry. The company Clothes2order is part of the Quayside Group of companies. In 2015 it was included in the Leap 100 as one of the fastest growing and most exciting companies in the UK. He employs over 100 people. His customers include Google, Coca Cola, BBC, Chelsea Football club, Microsoft, Ebay and Mercedes. Last year he set up Brilliant Masks which provides face masks designed and developed with Alder Hey Hospital, to whom a contribution from every sale goes to fund vital research and innovation projects. His specialities include Entrepreneurship, E Commerce, Online Retail, Strategy Development and Implementation, Fast Growth Businesses and Leadership. 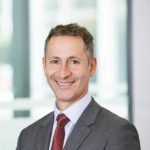 Michael runs his own financial recruitment company which specialises in the recruitment of senior finance roles for businesses and private equity houses, mainly in the North West of England. They also advise on career planning strategies and on finance team structures.

He started the company in 1999 with his brother. Whilst working as Directors of another company, they saw an opportunity to provide an improved business model to candidates and clients by providing a personalised and consultative approach to the recruitment of qualified finance people. 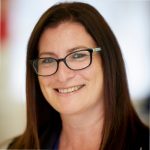 After obtaining a degree and masters degree in International Business and French, Nici spent the first five years of her career working for a charity as a community fundraiser and event co-ordinator.  However, her calling to join the family business beckoned and 22 years ago she joined Swizzels Matlow where, after a brief stint on the factory floor, Nici gained her qualification in Human Resources, working her way up from Admin support to HR Director.  Outside of her day job, Nici is a Trustee and Regional Chair of a national charity and a Governor of a local early years nursery. 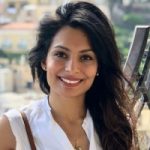 This video is available on the RISE Live channel of Microsoft Stream.

Last Summer we interviewed alumna Sabina for our RISE Live careers talks. After leaving Withington, Sabina (Class of 2005) studied Natural Sciences at the University of Cambridge. She then went on to work at Morgan Stanley’s Private Wealth Management Division in London for two years. Moving to their London office in 2012 saw her start her journey with Blackstone, one of the world’s leading investment firms. She is now Vice President in the Hedge Fund team at Blackstone in New York.