Junior girls are strongly encouraged to think about the wider world and particularly about those less fortunate than themselves. Each year the Junior School raises an impressive £2000 or more for a range of charities.  The girls themselves organise cake sales, raffles and other games to raise money.

In the process of fundraising the girls themselves benefit by developing new skills. They are encouraged to ‘project manage’ their own fundraising appeals working together to decide first how to raise the funds and then communicating their cause via a presentation at Junior School Assembly. They then ‘make it happen’ and usually also have a lot of fun in the process.

The whole Junior School gets involved in nationwide charity appeals such as Children in Need and Comic Relief. They also immediately respond to disaster appeals borne from current events. 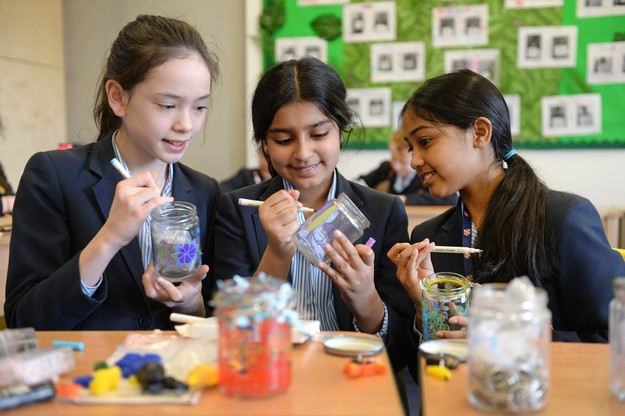 The girls in Upper II take part in their own version of the Young Enterprise Scheme. They form into four companies who each decide what to manufacture, form a business plan and then sell shares in order to raise capital. After weeks in the manufacturing stage, including lots of cutting, sticking, threading and ironing, all the finished items are sold in a marketplace during lunchtime. All profits – usually over £400 – go to the charity of the girls’ choice.