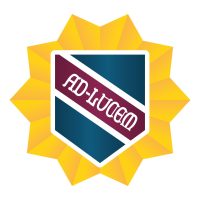 Here are the recipients of our very first awards in 2021.

The winner of the Ad Lucem Alumna Award for 2021 was world renowned neuroscientist, Brenda Milner, and the recipient of the Young Alumna Award was rower and Cambridge University student, Bronya Sykes. Both winners embody all the qualities that the award represents.

Aged 103, and still active in her field, Brenda (Class of 1936) continues to be regarded as one of the leading neuroscientists of her generation. She is the Dorothy J. Killam Professor at the Montreal Neurological Institute-Hospital and a professor in the Department of Neurology and Neurosurgery at McGill University in Canada. Many consider her a founder in the field of clinical neuropsychology and cognitive neuroscience. Her career spans more than 70 years and her contributions have revolutionised our understanding of how brain structures govern different learning, memory and speech functions. A winner of countless awards, her work and contribution to many significant discoveries have paved the way in her field and are still studied by psychologists and students around the world, including Withington’s A Level Psychology students.

Brenda also demonstrates a desire to support and enable others to learn. In 2007 she set up the Brenda Milner Foundation to support a part of the education system that she felt was underfunded, post-doctoral studies. The foundation makes it possible for students who go beyond a PhD to carry on working to become established in a university department. In 2019 a Montreal school for children with moderate to severe intellectual disabilities and associated disorders was named after her – l’École régionale Brenda-Milner. She is a true inspiration to Withington students, past and present. 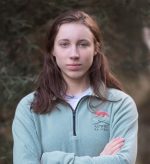 Young Alumna Award winner, Bronya Sykes (Class of 2018), has displayed incredible resilience and determination over the last two years. She was part of the winning Cambridge eight in the University Women’s Boat Race 2021.

A rower since she was 11 years old, Bronya had originally been selected for the 2020 race which was cancelled at the last minute due to the pandemic. She then had to remain focused on her training throughout lockdown to give herself the best chance of being selected for the 2021 race.

Once selected, training was a real challenge with no in person training on or off the water, due to lockdowns. Sessions on rowing machines, bodyweight circuits and working out via Zoom became standard. This was all whilst ensuring that she also gave her very best to her undergraduate studies in Natural Sciences. Bronya, however, says she employs ‘extreme time management to get everything done’ and credits Withington for helping her to develop her organisational skills.

Now a third year student, Bronya has become Women’s President of the Cambridge University Boat Club. She aims to take part in another Boat Race campaign and has aspirations to take her rowing further. She is a great example to current students that, even given challenging circumstances, it is still possible to accomplish your goals and ambitions.

During the course of the shortlisting process it was decided that we would introduce a third award, the Rose Acton Ad Lucem Award

Rose, in the words of her school friend, Stephanie Siddall, was, ‘the epitome of a Withington girl; someone whose intelligence, enthusiasm and energy allowed her to turn her attention to anything’. 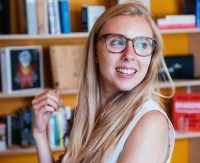 Rose, from the Class of 2010, died in December 2020. She was nominated posthumously for an Ad Lucem Award by several members of the Withington community, including friends and teaching staff. Not only did Rose make the most of all that school life had to offer, she also achieved a remarkable amount in the years that followed. We therefore decided to create a third, special Ad Lucem Award in her memory. Rose will be its first recipient.

In future years the award will be presented to a Withington alumna who has displayed the qualities that Rose herself displayed throughout her life and that are valued highly in our school community; qualities such as courage, curiosity, kindness, humour, determination, resilience and a desire to improve things for others. Most importantly, like Rose, future recipients will inspire and support those around them to achieve more than they thought they could. We hope that this award will be a fitting way to remember Rose.

We would also like to take this opportunity to congratulate once again the pupils who have designed this year’s trophies – Camille and Aleeza, Year 9 and Mimi from Year 10. The awards are in the process of being made and will be presented at our Founders’ Day celebration next March.

Congratulations to both Brenda and Bronya who, along with Rose, are our very first Ad Lucem Award winners. We hope that all in our Withington community are inspired by their stories. We would also like to pay tribute to the other inspiring nominees. It goes to show the breadth of experiences and achievements of WGS alumnae and the difference they are making in their chosen fields. They are all wonderful ambassadors for Withington.