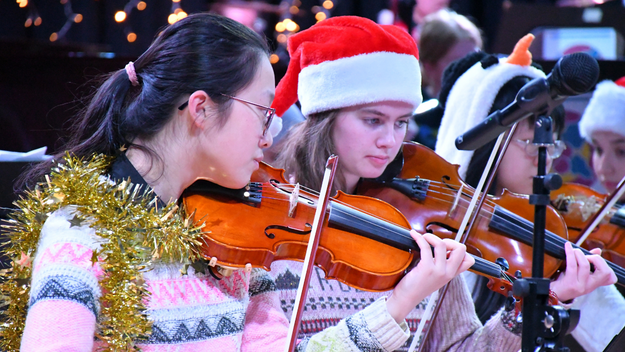 In the words of that popular Christmas song, it certainly was ‘the most wonderful time of the year’ when Withington was again able to open its doors to our friends from the local area for the Senior Citizen’s Christmas Tea Party and Concert.

After a break of two years due to the pandemic, when the Christmas Tea Party was transformed into a pre-recorded ‘virtual’ event, we were delighted to welcome back many familiar faces to an evening of music, raffles, gifts and an abundance of festive cheer. It was all hands on deck during the lead up to the event: a multitude of gifts were donated by parents and staff, the Arts Centre was decorated, presents wrapped, musical performances rehearsed, a selection of sandwiches assembled, tables decorated, raffle prizes packaged and, finally, a team of Sixth Form students were on hand in festive costumes to welcome our guests. 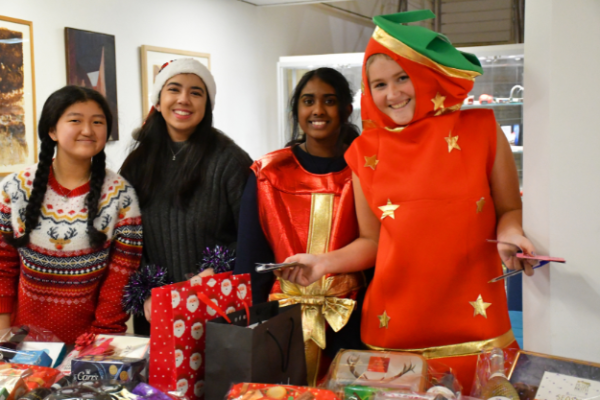 Around 150 visitors arrived to enjoy the evening which included a range of musical delights and plenty of sing-along opportunities, the
highlight being, as always, the 12 Days of Christmas, with actions! Withington’s Director of Music, Mrs Gilly Sargent, became Festivities
Director for the evening, conducting the Senior Orchestra, who played magnificently throughout the concert and introducing
speciality performances such as the Senior Choir performing Mirabile Dictu and When a Child is Born, pianists Jennifer and Natalia
Mei performing Fiddle Faddle as a duet and the Musical Theatre Ensemble performing highlights from Les Miserables and Waitress. 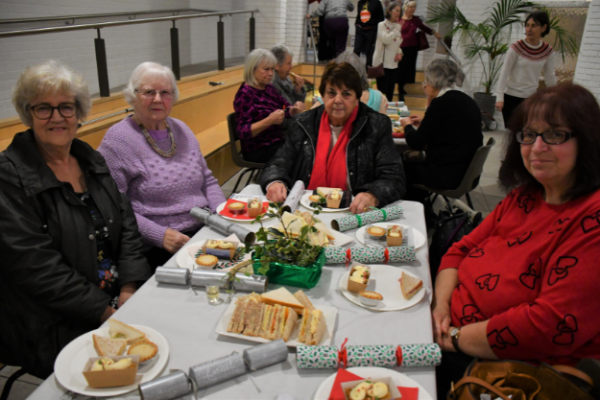 After enjoying sandwiches, cakes and hot drinks served by staff and Sixth Form students and being entertained by our talented
Folk Ensemble in the Hub, it was time for the second half, which featured a new act, Withington’s very own ‘Rat Pack’. Led by
Chemistry teacher and Head of Year 11 Mr Mark Williams along with our talented support staff – Mr Joe Walsh, Mr Andy Lockett, Mr Sam
Easton and Mr Jonathan Bean – the group performed the everpopular Golden Oldies with the audience singing along and clearly
enjoying their renditions of It’s the Most Wonderful Time of the Year, White Christmas and Let it Snow. 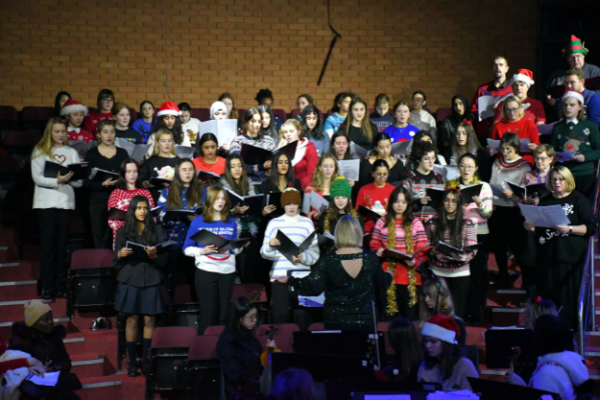 A number of our guests were winners of a festive hamper in the raffle draw and each was presented with a gift from Withington by
our Sixth Form helpers while singing the final festive songs. We are so grateful to the support of our parents and staff in providing these
gifts, which we know add the finishing touch to a wonderful event that is much appreciated by our guests. Thank you to all involved on
your contribution to a very successful event. 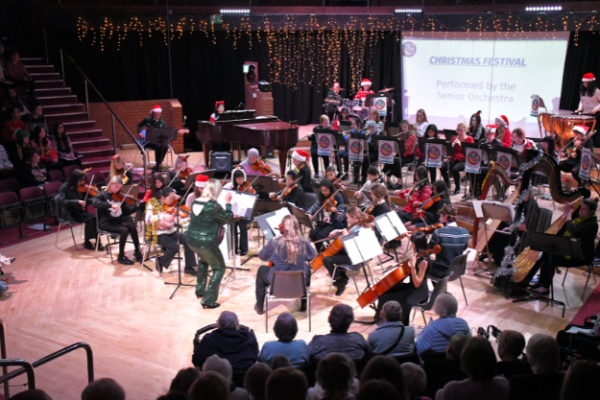