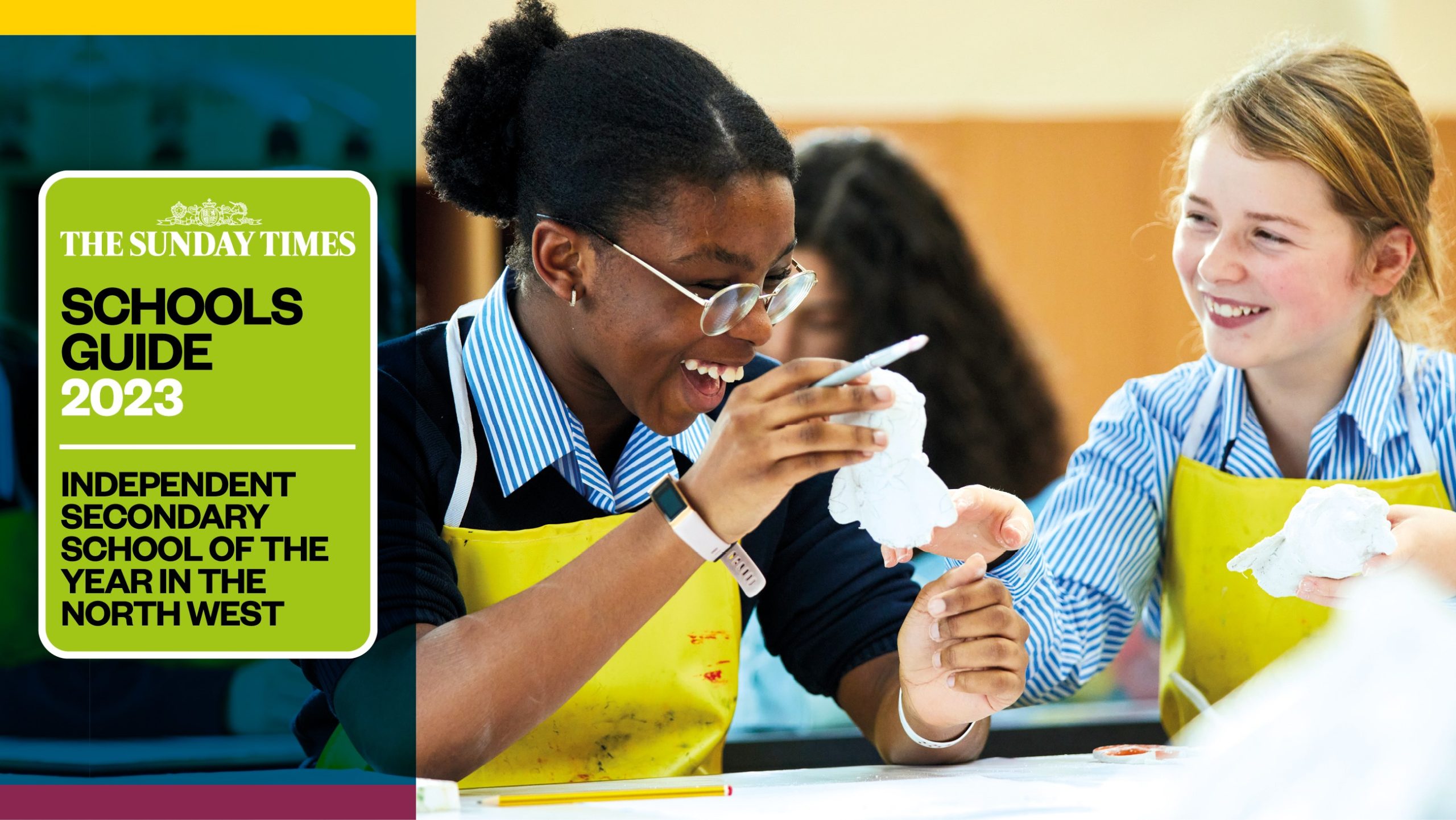 Withington Girls’ School is celebrating being named Independent Secondary School of the Year in the North West in the prestigious Sunday Times Schools Guide, Parent Power, which will be published on Sunday 11th December. It is the fourth consecutive year the school has been recognised as top independent school in the North West by The Sunday Times.

Headmistress, Mrs Sarah Haslam, paid tribute to Withington’s exceptional pupils and dedicated staff who enable Withington to maintain its standing as the top academic school in the region. “The performance of our 2022 GCSE and A Level cohorts in public exams is a credit to our pupils, who simply love to learn, and the staff who are always there to support and inspire them. It’s been a very challenging couple of years for all young people and our priority has been to help our students maintain a healthy mindset and a positive outlook.

“While the key ingredient to the School’s success is the students themselves, our role is to provide an environment in which there are no barriers to our pupils embracing their love of learning, with fantastic teaching, a wide range of activities, and a supportive, empowering atmosphere. Diversity is at the heart of Withington and our pupils reflect the culturally diverse city of Manchester and its environs, with one-in-six receiving means-tested financial support,” said Mrs Haslam.

“Withington shows that it doesn’t have to be about teaching to the test, it’s about sparking interest and curiosity, enabling young people to build their confidence, and find their passions, supported by wonderful, hardworking staff. This is evident in all areas of school life – our pupils care deeply about their world and want to make their own positive contribution to it. They love debating, music, art, sport and playing an active part in their community, as evidenced at the end of November when our Junior and Senior choirs joined the choirs of six primary schools from across Greater Manchester for Manchester Sings. Devised by our Director of Music, who rehearses with each of the individual choirs at their own schools during the Autumn term, the initiative brings together the choirs to perform a programme of heart-warming songs as a massed choir for the first time at Manchester Cathedral. The result is an uplifting, joyous occasion that lives long in the memory.

“It is seeing what our pupils and staff achieve together that never ceases to inspire.”

The 30th edition of Parent Power identifies the highest-achieving schools in the UK. It is the definitive guide to secondary schools using the first post-pandemic set of results for state and independent schools since the pandemic in England, Wales and Northern Ireland. A fully searchable national database by school name, local authority, town and postcode, together with regional rankings are available to Times and Sunday Times subscribers at: thesundaytimes.co.uk/parentpower